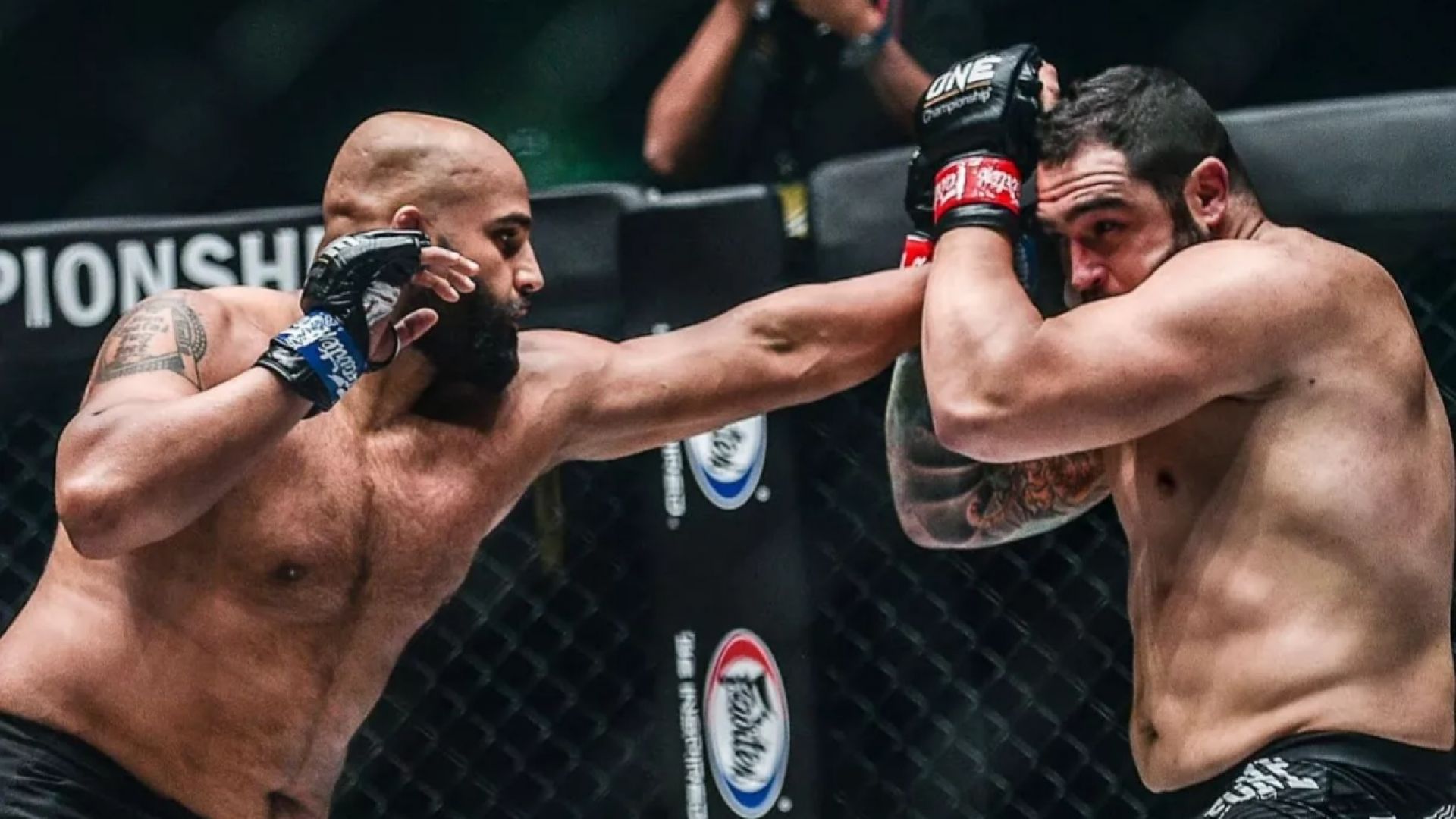 Arjan Bhullar will face Brandon Vera for the Heavyweight Title.

They will face each other at ONE: DANGAL.

When Indian wrestling champion and rising heavyweight star Arjan “Singh” Bhullar came to ONE Championship in 2019, he had one goal on his mind, and that was to earn the right to challenge reigning ONE Heavyweight World Champion Brandon “The Truth” Vera for the belt.

After spending the past year building up to this world title opportunity and trying to make it a reality, Bhullar gets his chance the next time he steps into the Circle. Bhullar finally meets Vera in the headline bout at ONE: DANGAL, a tape delayed event from the Singapore Indoor Stadium in Singapore that airs on Saturday, 15 May.

Bhullar is excited to get his shot at ONE Championship gold.

“I was frustrated as this was the third time that we’ve signed the contract to fight him. So I was frustrated but you know, the whole world has to adjust because of the pandemic. And we’re no different,” Bhullar said.

“Many people are losing their lives and livelihood because of this. So, the fact that I can do it now, I’m happy about that. And it is much less a disruption compared to what other people are facing in their lives. I’m happy I’m here, and timing is everything.”

Bhullar says he is more than ready to take on his toughest test yet, given how his training has progressed over the past few months.

“Honestly, this camp has been amazing, and the growth I’ve made over the last year has been amazing – growths I wouldn’t have had a year ago, internally, strategically, and I think that is going to make a big difference in this fight,” Bhullar added.

Against Vera, Bhullar faces one of the most dominant world champions in the promotion.

After building his career initially in North America, Vera left the UFC in 2013, and joined ONE Championship the following year. He captured the inaugural ONE Heavyweight World Title in December 2015, and has since made multiple successful world title defenses.

Known as a fearsome striker, Vera is a nightmare matchup for anybody in the division, including Bhullar. But the Punjab native believes he’s coming into this fight with the right strategy, one that will bring him the victory.

“I think my boxing is way better than his and that’s a huge hole that I’m looking to exploit. It falls right in line with my grappling range. So, he’s going to want a slower pace, at range moving type of fight and we are going to want to be up in his face, pressing him all night and punching him and taking him down,” Bhullar said.

“But above all that, his kickboxing stands out more than anything. So we really focused on this. And his kickboxing and his kicks, his range, how he likes to operate from space, so, we will plan for that and to take all those things away as well as other tools.”

ONE: DANGAL features a host of Indian martial arts stars, and aims to showcase the very best that India has to offer. Other Indian athletes scheduled for action include atomweight phenom Ritu “The Indian Tigress” Phogat, Gurdarshan “Saint Lion” Mangat, and Roshan Mainam.

Bhullar is excited to lead this all-star cast, and make history. If he can defeat Vera, Bhullar stands to become the first ever mixed martial arts world champion from India.

The Indian star knows what’s at stake in this next test inside the Circle, and confidently says he’s been ready to realize his dream for a while now, all due respect to the champion.

“Vera, you have to give him credit. He is a very experienced fighter. He has been around for a long time and has faced the best in the sport. He has been the ONE Heavyweight World Champion for many years for a reason. He has finished everyone he’s fought. So, he’s very dangerous and he is good everywhere,” Bhullar said.

“I think I’ve been ready for Vera for a long time. I’ve been training and learning at a high level for a long time and I’m excited to show that. What he likes to do when he is up against the cage, on the ground – look at his habits. That’s the one thing, a lot of his habits and tendencies are the same for all of these years, so we were able to study a lot of that and prepare accordingly.”