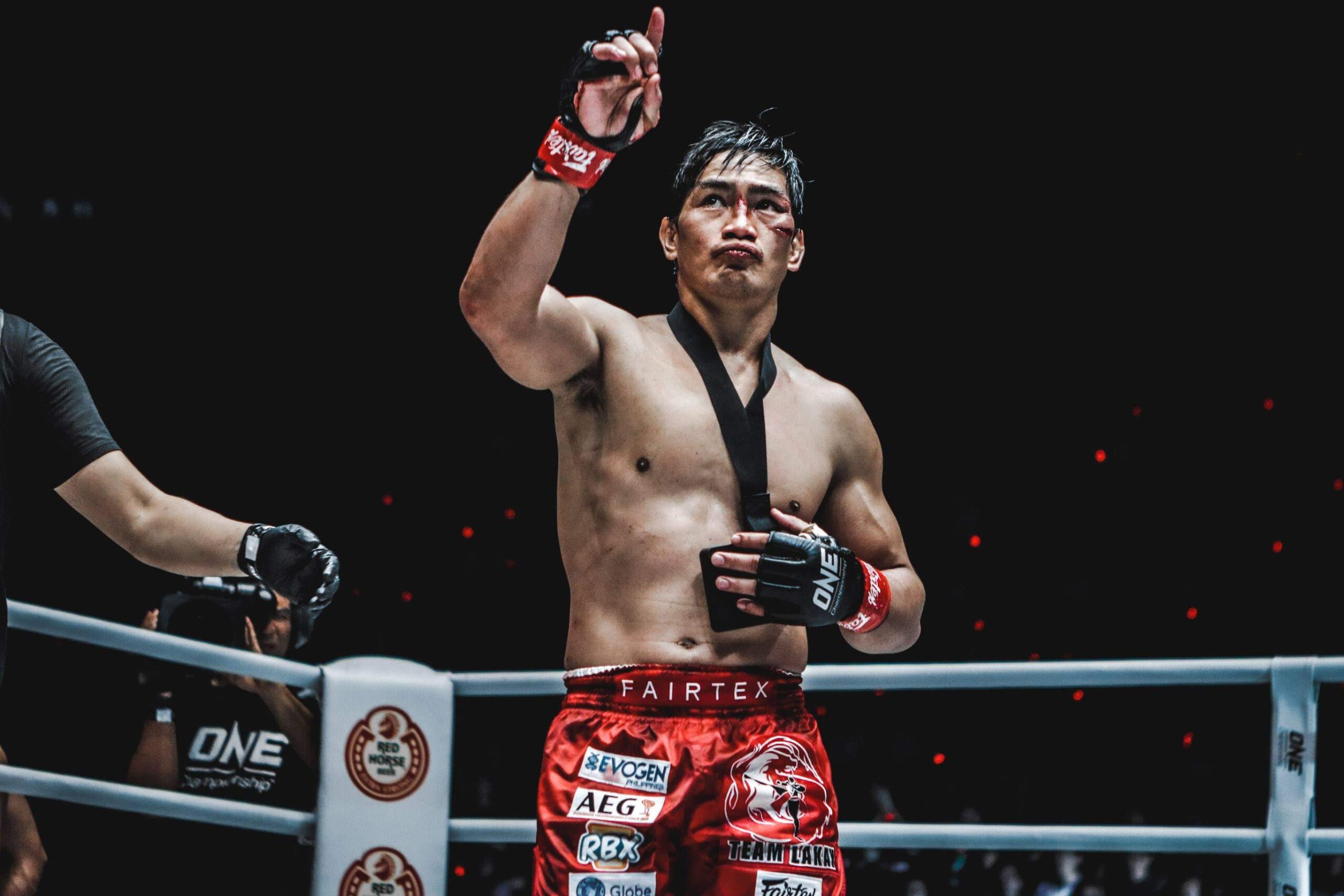 Fans say 2-time former ONE Lightweight World Champion Eduard “Landslide” Folayang of the Philippines is at a crossroads in his career. Veteran Philippine fight scribes certainly seem to back that train of thought.

Having lost three of his last four bouts, Folayang is in a must-win situation against an unranked lightweight contender in Australia’s Antonio “The Spartan” Caruso. The two meet at the center of the ONE Circle at ONE: INSIDE THE MATRIX, happening this Friday, 30 October, and broadcast live from the Singapore Indoor Stadium in Singapore.

The 36-year-old Team Lakay stalwart is excited to turn some heads and prove that he still has what it takes to make a run at the world title. Folayang has responded to talks of retirement with a display of confidence, and is coming into his next bout with positivity.

The Filipino icon can’t wait to show fans how much he’s gotten better, even at his age.

“I know there are a lot of people who think I should retire, especially if I lose this fight against Antonio Caruso. That’s understandable. But the word retirement is not yet in my vocabulary. I believe there is still a lot of potential to be unleashed,” said Folayang.

“I am a true martial artist, and I’m constantly learning even at this age. We have a saying in Team Lakay, ‘you win or you learn.’ This means I am constantly getting better with every fight.”

Folayang is currently in Singapore now with Team Lakay head coach Mark Sangiao, and several of his teammates. Together, they’ve experienced firsthand how ONE Championship has been able to implement strict health and safety protocols in order to make this event possible in a new Covid-19 world.

From the moment the team had stepped into the international airport in Manila, to the moment they arrived in their hotel rooms, every process has been strictly controlled. Folayang shines some light on those processes.

“There are a lot of rules that need to be followed and everything is very strictly controlled. But that’s a good thing. ONE Championship has really done an amazing job working with the Singapore Government, and everything has been great so far,” said Folayang.

“There are a lot of documents required, constant swab testing, personal detail and escort going to and from the hotel, temperature checks at every juncture, and of course, room quarantine. We’re still able to train, move around and do our thing, but what happens is we’re isolated with only a certain group of people. This limits our exposure.”

Folayang is confident of victory, and he is also confident humanity can get past its current situation. To the 36-year-old “Landslide,” it’s all about keeping the right mindset in the face of tough challenges, just as he has done all throughout his career.

“We all have a choice how we approach our problems. The world will throw stuff at us, different challenges, but it’s always up to the individual how to deal with those challenges. Do we rise up to face them? Or do we fold? I choose to be positive and think of the good things that will come through after this pandemic is over,” said Folayang.

“There’s a lot to look forward to, and I’m hopeful for the future.”