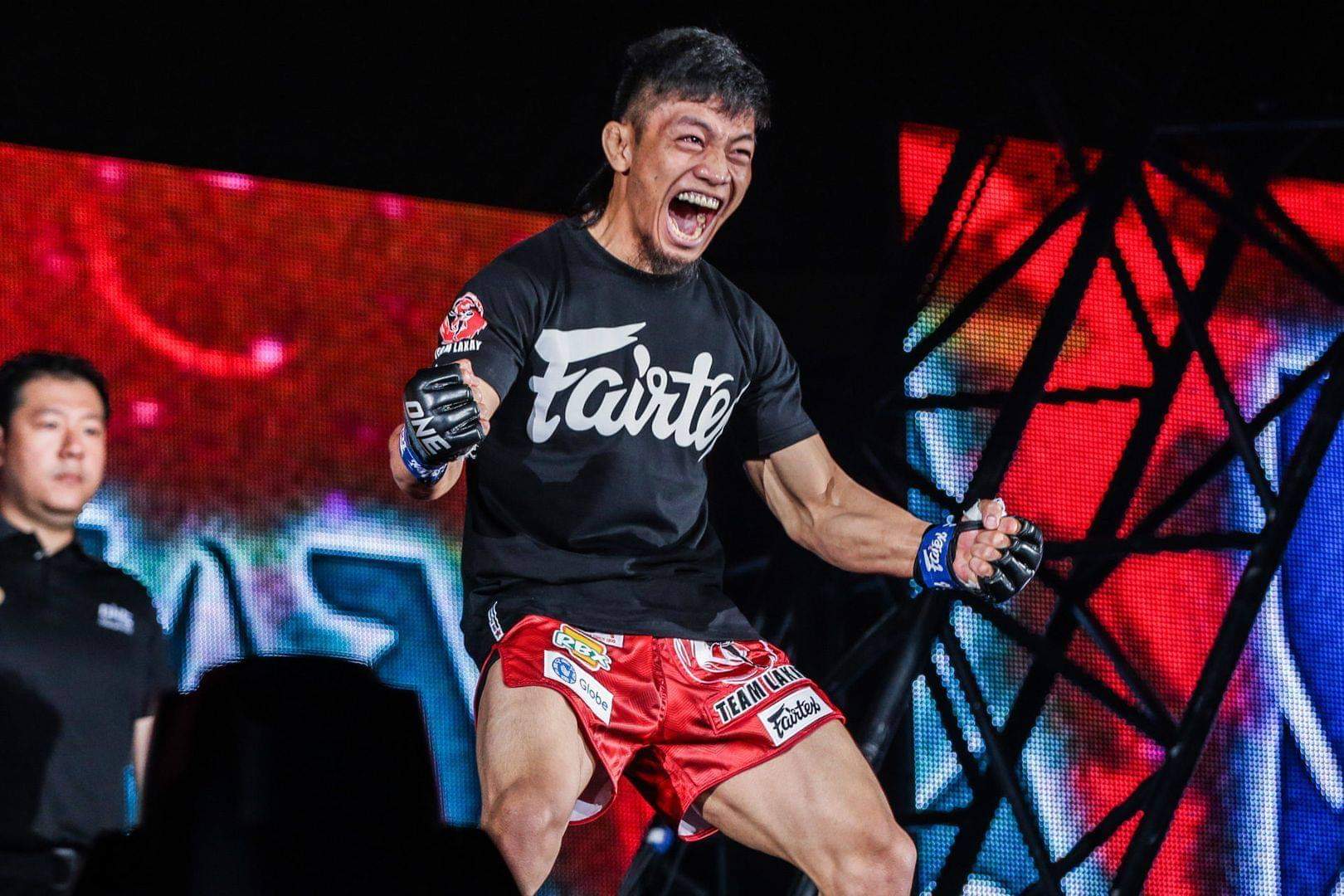 ONE Warrior Series contract winner and rising ONE Championship strawweight star Lito “Thunder Kid” Adiwang of the Philippines is one of the most explosive talents on the roster. He’s also a legit martial artist with well-rounded skills to match his infectious smile and charisma.

With Netflix’s “Cobra Kai” series trending over the past few weeks, Adiwang couldn’t help but share his thoughts on the show after watching it. After all, he does consider himself a huge fan of the original 1980s “Karate Kid” franchise.

“The pride and honor of martial arts should be shared with the world. Martial arts has helped me achieve my dreams and see the world,” said Adiwang.

“I’m very happy that a show like Cobra Kai can spark interest in martial arts, my sport. It’s not just about fighting. I learned at a very young age that martial arts was really a way of life for me.”

Cobra Kai picks up 30 years after the original series ended with “The Karate Kid III.” Daniel LaRusso (Ralph Macchio) is a successful businessman, while the series’ antagonist, Johnny Lawrence (William Zabka), is an angry and unemployed drunk estranged from his son. The story takes a quick turn when Johnny meets high school student Miguel Diaz (Xolo Maridueña), and teaches him Karate so he can defend himself against bullies.

Johnny eventually decides to reestablish the Cobra Kai dojo and starts to piece his life back together. It’s an interesting and refreshing take on the classic story, showing things from a new perspective.

Adiwang, like many, has enjoyed experiencing the story through Johnny’s eyes.

“I identify with Johnny mostly, because in the end, he made the choice to redeem himself. Everyone has good and bad sides, but we can always choose to use our talents for a better purpose,” said Adiwang.

“In the original movies, Daniel played the character of a bullied kid who learned Karate to defend himself. He eventually won the Karate tournament, which was great but after watching some of Cobra Kai, I think I like Johnny’s character more. My belief is that, it’s not how you start things, but rather how you end things that really matters. It’s how you can use your greatness to impact others.”

Adiwang himself is the perfect embodiment of an elite martial artist. He is both extremely skilled and honorable.

Yet apart from being one of the most talented fighters in ONE Championship, currently climbing through the ranks one explosive finish after another, Adiwang also believes he showcases the pride and honor of martial arts with every performance.

More than that, Adiwang says martial arts has given him a gift that he wants to share with other people.

“In my own life, I’ve made it a point to show honor to my family and the people who care for me. Now that I’m a fighter, a martial arts instructor, I also want to share the true meaning of martial arts with others,” said Adiwang.

“I want to protect this tradition and use it in a good way, helping others by teaching them the true values of martial arts — that it’s a discipline to be learned and understood, which will then improve the quality of life.”