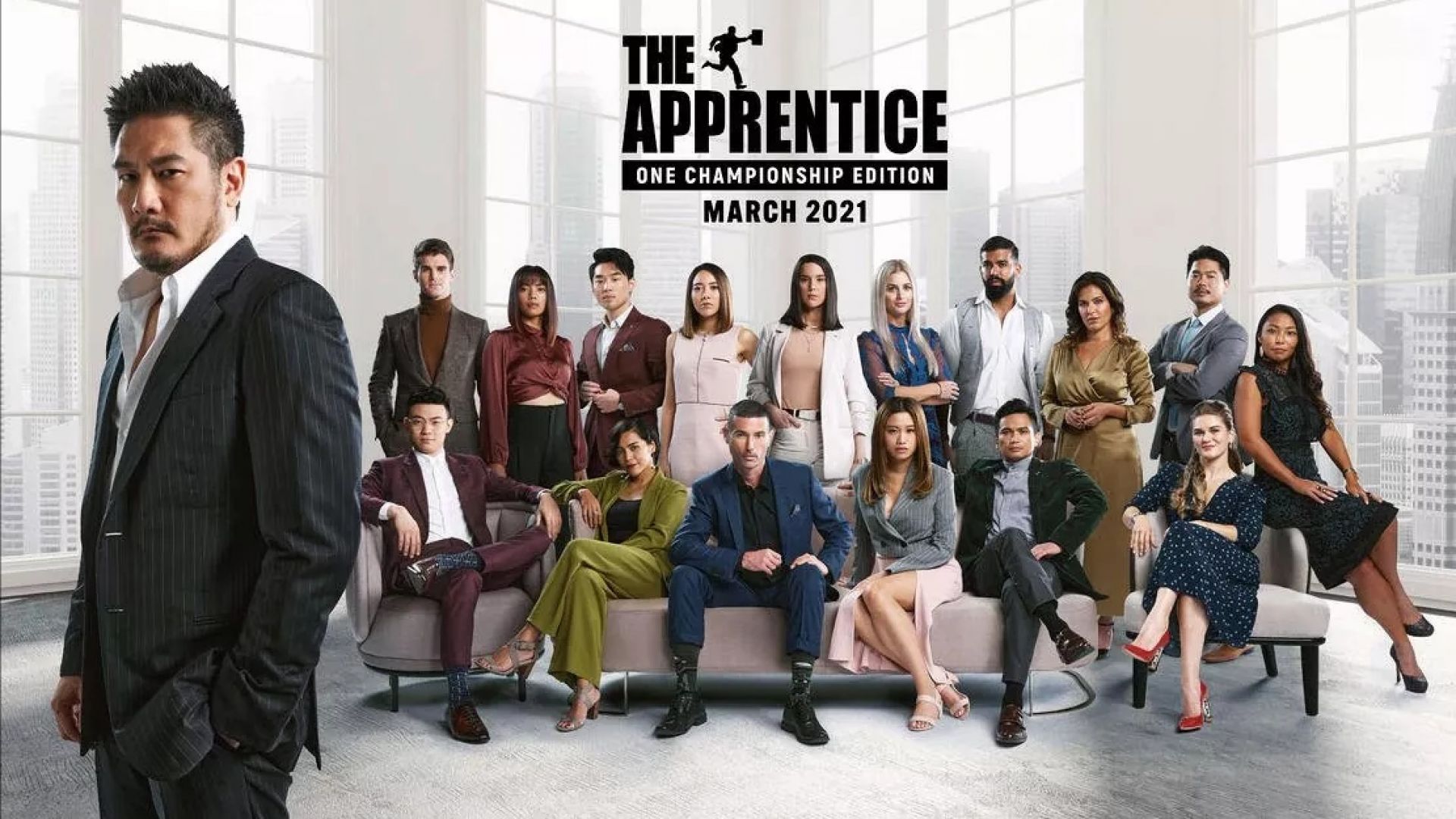 Followed by Global Launch in June 2021

4 February 2021 – Singapore: The largest global sports media property in Asian history, ONE Championship™ (ONE), today announced the official premiere date for “The Apprentice: ONE Championship Edition” and introduced all 16 candidates competing on the debut season of ONE’s unique take on the global hit reality TV show.

“The Apprentice: ONE Championship Edition” will premiere across Asia on Thursday, 18 March, on AXN, the show’s official Asian broadcast partner, with markets to include Singapore, Indonesia, Malaysia, Hong Kong, Philippines, Taiwan, Thailand, Cambodia, Myanmar, and Vietnam.

In China, ONE has entered into a broadcast agreement with ByteDance to stream “The Apprentice: ONE Championship Edition” on their Douyin, Xigua, and Toutiao platforms beginning on Saturday, 20 March.

The Asian debut in March will be followed by a global launch in June 2021.

With support from the Singapore Tourism Board (STB), “The Apprentice: ONE Championship Edition” was filmed entirely in Singapore in accordance with prevailing health and safety protocols. The series features iconic locations and brings forth passion made possible stories that mirror the country’s never-settling spirit of enterprise.

Also revealed were the show’s 16 candidates, who were selected from a field of thousands of applicants to compete for a US$250,000 job offer to work directly under ONE Chairman and CEO Chatri Sityodtong for a year as his protege in Singapore.

The international cast of candidates come from 11 nations across the globe and represent Asia, Europe, North America, South America, and New Zealand.

“The Apprentice” is one of the biggest non-scripted reality television programs in history, judging the business skills of candidates who are competing for a job offer under a high-profile CEO. It has aired in more than 120 countries. The first season of “The Apprentice: ONE Championship Edition” will consist of 13 episodes.

More information on the Apprentice and “How to Watch” can be found at:

Refinery Media was established in 2009 and has grown to become one of the most successful and established unscripted production houses in Asia, producing large global formats for international networks and clients, such as the most successful seasons of Asia’s Next Top Model Cycles 5 & 6, SupermodelMe Seasons 1-5, Cesar’s Recruit Asia Season 3, Asian Dream, Street to Kitchen, Amazing Race Season 5, Cooking for Love, Academy Fantasia and the upcoming, The Apprentice: ONE Championship Edition. Refinery Media’s firm belief in quality and high production values won the team Best General Entertainment and Best Adaptation of An Existing Format for Asia’s Next Top Model at the Asian Academy Creative Awards. Refinery also earned several nominations including Best Digital Non-Fiction Program at the International Digital Emmy Awards for its original format, SupermodelMe. Made up of a group of media veterans with diverse experiences and capabilities, Refinery Media provides end-to-end content solutions by applying a cross-disciplinary approach in all its projects and productions. Refinery is headquartered in Singapore, with offices in Hong Kong and Ho Chi Minh City.