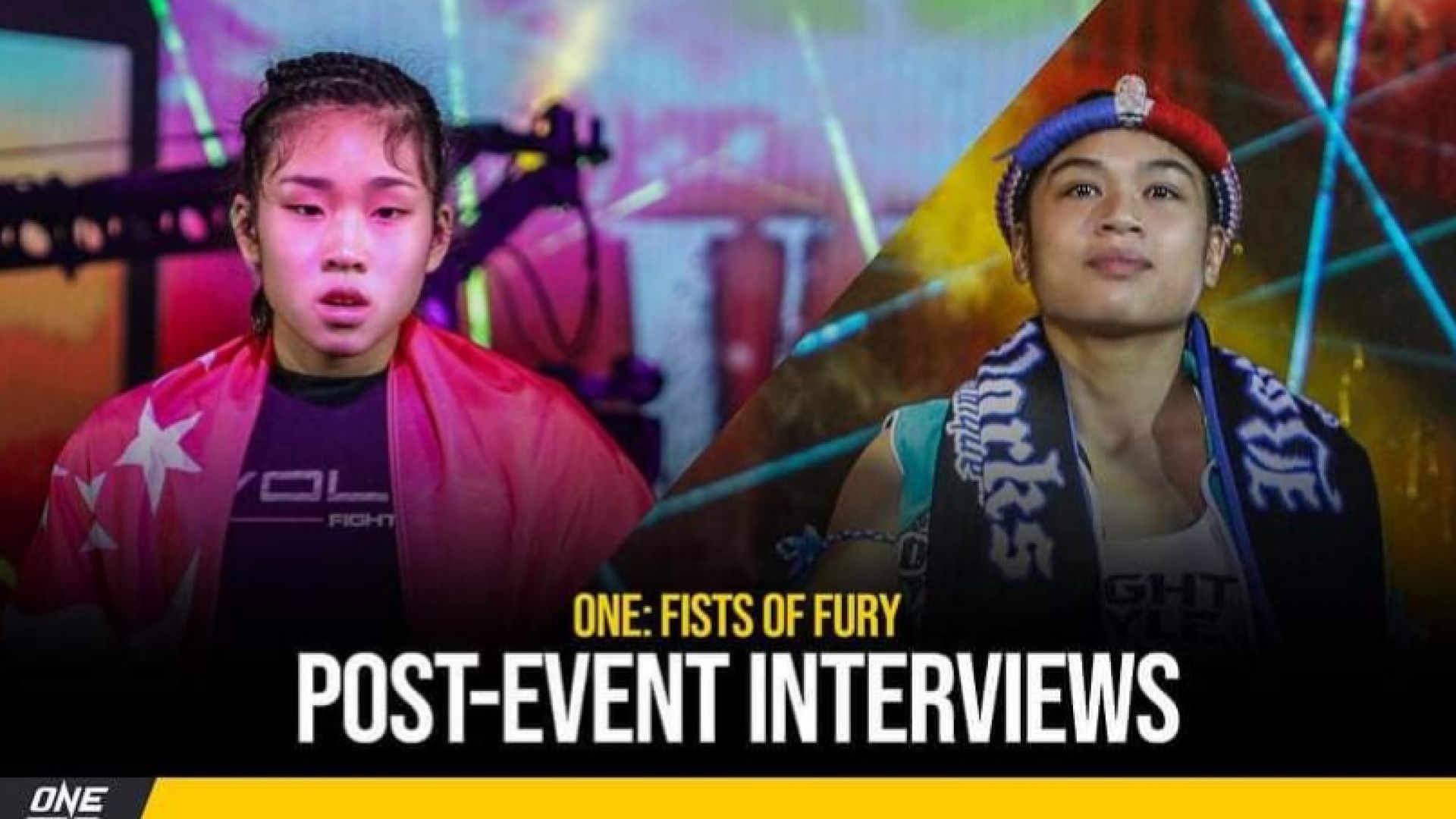 26 February 2021 – Singapore: ONE Championship™ (ONE) athlete Victoria “The Prodigy” Lee, accompanied by her father and coach Ken Lee, as well as ONE Super Series newcomer Jackie Buntan, answered questions about their performances at ONE: FISTS OF FURY. Find out what the two athletes had to say.

Visit the official ONE: FISTS OF FURY photo gallery by clicking:

16-year-old rising star Victoria “The Prodigy” Lee made her highly-anticipated ONE Championship and professional mixed martial arts debut, defeating Sunisa “Thunderstorm” Srisen via second-round submission. After the fight, Victoria talked about her experience entering the Circle and competing professionally for the first time, what she thought of her performance and Circle debut, as well as her immediate plans for her future. Her father, Head Coach of United MMA in Hawaii, Ken Lee, also talked about Victoria’s performance, as well as touching on topics surrounding ONE Lightweight World Champion Christian Lee’s upcoming world title defense against Timofey Nastyukhin.

Filipino-American striker Jackie Buntan made a spectacular ONE Super Series debut, upsetting rising Thai star Wondergirl Fairtex to win by wide unanimous decision after three rounds. Buntan fielded questions surrounding her performance and how she felt heading down to the Circle for the first time, her specific game plan for this contest, entering the bout as the underdog, and her future in ONE Championship. Find out what she had to say in her full post-event interview down below.

ONE Championship (ONE) is the largest global sports media property in Asian history. Headquartered in Singapore, ONE is the world’s largest martial arts organization, hosting bouts across all styles of martial arts such as mixed martial arts, Muay Thai, kickboxing, and more.

ONE hosts the biggest sports entertainment events across Asia, featuring some of the world’s best martial artists and World Champions on the largest global media broadcast in Asia.