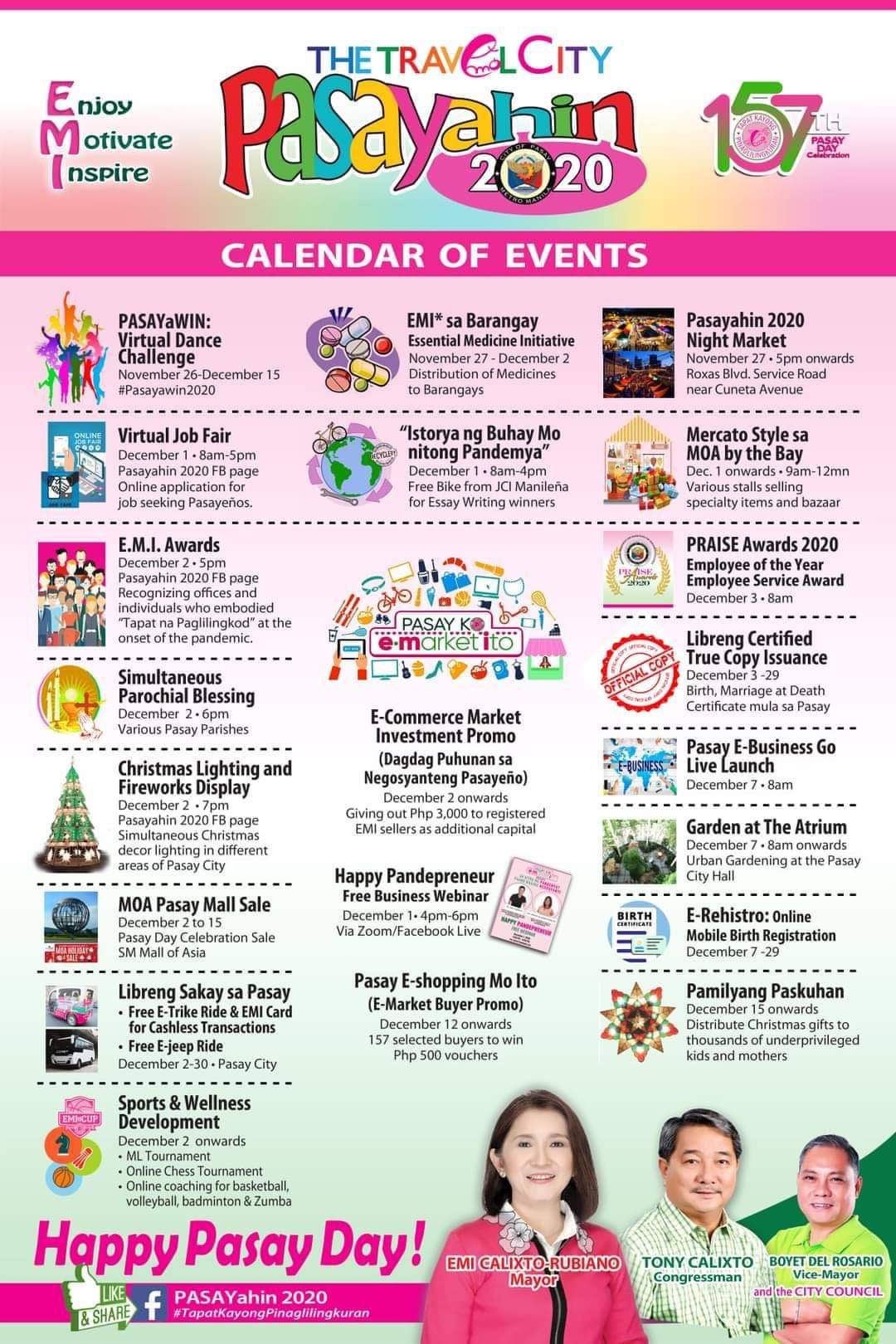 This 2020, the 157th Anniversary of Pasay City is led by Mayor Emi Calixto-Rubiano, Congressman Tony Calixto, and Vice Mayor Boyet del Rosario, together with all local officials.

The yearly celebration was made possible through Republic Act No. 11140 (An Act declaring December 2 of every year a special nonworking holiday in the city of Pasay to be known as the “Foundation Day of Pasay City”) which was authored by then Congresswoman and now Mayor Emi Calixto-Rubiano.

The RA was signed by President  Rodrigo Roa Duterte on November 9, 2018.

Join us in our month-long celebration of Pasay’s foundation and of the Christmas Season by participating in the daily activities especially lined up for both Pasayenyos and visitors alike!