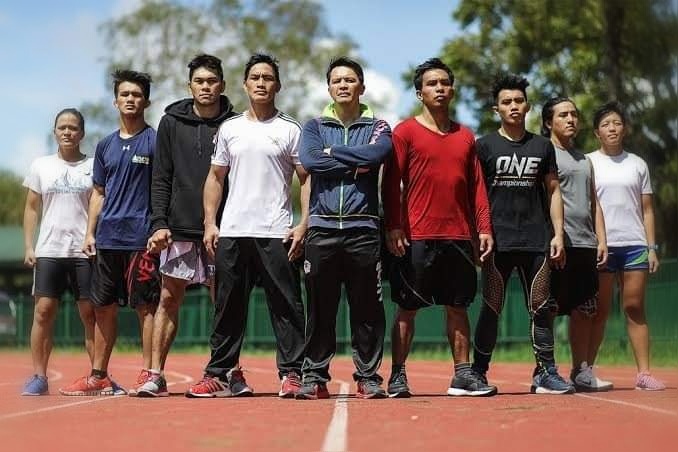 For official photos of ONE: INSIDE THE MATRIX III, click here: https://bit.ly/onephotos

“Of course, I’m disappointed with the result, as are our athletes. It’s even harder for me, as a coach. I think the long layoff had a very big effect on not just us, but all athletes. We have to make some adjustments. The pandemic has been tough. The protocols in place are very strict, but they are for our own safety. I’ll have a talk with the whole team and we’ll make the right adjustments so we can come back stronger. Right now, the focus is on studying our performances and identifying where we can improve. It was difficult not having our entire team there in Singapore to support us. But I know we’ll be back stronger than ever. As they say, we are the ‘Kings of Rematch’,” said Sangiao, head coach of Team Lakay.

“As much as I wanted to finish the fight, we got a unanimous decision, and we didn’t expect things to happen that way.  Song Min Jong was very strong. My wrist hurt from striking him too much, and he was very durable. He really wanted to reach the end, and he had strong willpower. I’m satisfied with my performance, but I also wanted to give the fans an impressive finish. At this level, it’s very hard. I did my best. I have the best coach on my side and we had a good training camp for this fight. The next thing I need to do is get back in the gym immediately and train again,” said Eustaquio, former ONE Flyweight World Champion.

“First of all, I’m very disappointed with my performance in Singapore. I wasn’t able to do what I wanted to do, and I didn’t get the result I wanted. I got hit with some solid shots in the second round. After that uppercut, I went to retreat to the fence, but I just blacked out and hit the ground. That’s how these fights go. I wasn’t able to execute my game plan. I’ll take this as a learning experience, and I know we’ll meet again in the future. I’m looking forward to recharging, getting back in the gym. I’m willing to start from the bottom and climb back up again,” said Belingon, former ONE Bantamweight World Champion.

For a full bout recap of John Lineker vs. Kevin Belingon, click here:

“Honestly, in the first round, I had that submission locked in. I had his arm trapped, and I left a slight opening for him so he could tap. Everything just happened so fast. All I know is that the armlock was deep. A lot of fans told me they noticed he tapped in the first round. I’m not going to say anything except that I am asking for a rematch so we can close the case. The best way to end the speculation is by having a rematch,” said Lito Adiwang, ONE strawweight contender.

For a full bout recap of Hiroba Minowa vs. Lito Adiwang, click here:

Next, ONE Championship returns with ONE: INSIDE THE MATRIX IV, a previously recorded event for global broadcast on Friday, 20 November. In the main event, European Muay Thai Champion Aslanbek Zikreev of Russia takes on #2-ranked strawweight kickboxing contender Wang “Golden Boy” Junguang of China in a ONE Super Series kickboxing contest. For more information, please visit the official ONE: INSIDE THE MATRIX IV Event Page.

Headquartered in Singapore, ONE is the world’s largest martial arts organization, hosting bouts across all styles of martial arts such as Muay Thai, Kickboxing, Karate, Kung Fu, Silat, Sanda, Lethwei, Mixed Martial Arts, Tae Kwon Do, Submission Grappling, and more. ONE hosts the biggest sports entertainment events across Asia, featuring some of the world’s best martial artists and world champions on the largest global media broadcast in Asia. ONE Esports, a subsidiary of ONE Championship, runs Asia’s largest global esports Championship Series with some of the biggest blockbuster game titles in the world. With a focus on both martial arts and esports, ONE Championship is currently the largest producer of millennial live sports content in Asia. In addition to its digital platforms, ONE Championship broadcasts across 150+ countries with some of the largest global free-to-air and digital broadcasters, including Star Sports, Tencent, TV5, Astro, ClaroSports, Startimes, Fox Sports, Thairath TV, Turner Sports, Skynet, Mediacorp, Great Sports, Mediaset Italia, ProSiebenSat.1, Dubai Sports, and more.