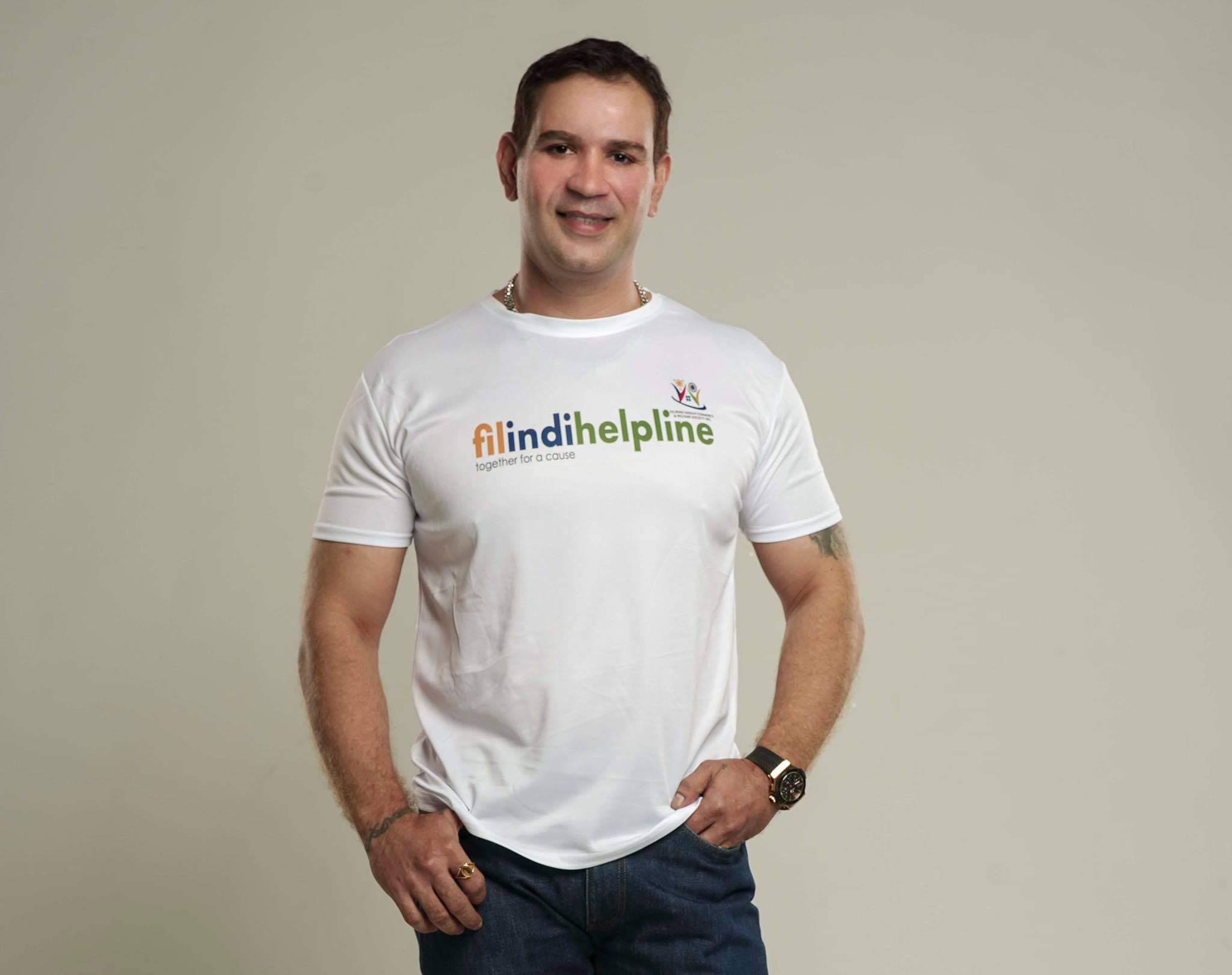 FICWSI, an off spring of an Indian national’s passion to help, is now a full-fledged, strategy-driven NGO that gave birth to branded outreach program #filindihelpline

Filipino Indian Commerce and Welfare Society Inc. (FICWSI) has been shining the brightest in 2020. A non-stock, non-profit organization, FICWSI has put its aids-giving machinery to full, nonstop use when the Covid-19 pandemic hit the Philippines in early 2020, causing the main economic region and the country itself to shut down its borders, affecting lives and livelihood. Hunger has spread fast and so is the rise of demand for essentials to keep frontliners safe in the battleground.

But little is known about the new player, FICWSI, which is born out of its founding president Manjinder “James” Kumar’s personal advocacy.

FICWSI aims at bringing together Indian and Filipino businessmen and stakeholders under one umbrella organization to look after their needs, welfare and interests. It was officially launched in 2015 following Kumar’s personally-initiated outreach activities. In the beginning, armed with a fiery spirit and a natural gift of generosity, Kumar would get likeminded friends together to pool in their resources, whether in the form of time or treasure, and delivered help where it’s needed.

Kumar’s presidency at Khalsa Diwan Sikh Temple for eight years beginning 2009 got him engaged in many aids-giving programs such as feeding activities, medical missions, and relief good distribution wherever calamities struck.

Pre-Conception to Early Months of FICWSI

One of Kumar’s noteworthy efforts was probably at the aftermath of Typhoon Haiyan (Yolanda) in November 2013, which claimed hundreds of lives and brought catastrophic impact to many Filipinos. Following a series of relief operations, he got together with his fellow Sikhs and set off to Pontevedra, a village in the province of Capiz, to build concrete homes for families who lost their houses, and a modest clinic.

In 2014, Kumar saw so many impoverished kids in Gigantes Island in northeastern Iloilo in the Visayas region. In cooperation with former Iloilo vice governor Boboy Tupas, he made sure those children had lunch for one year.

Kumar spearheaded the construction of a multipurpose hall named Guru Nanak Dev Ji on top of a mountain in a remote village in Pampanga so its aeta community could have a facility they could use for their gatherings. He fed the community and gave out school supplies for the children. In the same line, he led the building of classrooms, a library and provided school supplies to Berinayan Elementary School in Batangas.

The start of the year 2020 was quite fateful for the residents of South Luzon because on January 12, Taal Volcano displayed one of its most devastating eruptions yet. Kumar immediately led FICWSI to donate relief goods—personal hygiene kit, rice, water—aiding locals and responders like policemen alike. The organization went on multiple trips and continued to deliver relief goods as it came.

Action man Kumar, again leading FICWSI, has been out and about in the fields even before day one of the lockdown brought about by the Covid-19 pandemic, foreseeing the need to offer aid—connecting with his network across all industries; buying goods from gathered cash or collecting donations in kind; packing the items and delivering them right away to various beneficiaries. So many forms of much needed help are given fast and efficiently. In April, the Covid-19-centered outreach program has been officially branded #filindihelpline, a play on words that can connote “Filipino Indian helpline” or “fill-in-the-helpline.” “I believe in collaborations,” Kumar says when asked what his secret was in enabling a proficient donation drive.

Successful collaborations, to date, are with the Philippine National Police, Senator Pia Cayetano’s #PilipinasInAction, the Embassy of India Manila, Volunteers Against Crime and Corruption, Malasakit Movement and Rotary Club of Makati Nielsen, to name several.

Helpline for the Frontlines is another #filindihelpline execution. Its focus is to aid the Covid-19 heroes, the frontliners—doctors, nurses, medical technicians, policemen, barangay officials, and others—who are at the battle ground day to day helping the community mitigate the spread of the virus. Help comes in the form of much needed gear—personal protective equipment, face masks, face shields, gloves, test kits, and vitamin C.

Kumar has seen the gap that needs to be filled in the schoolyear 2020-2021 so he launched Helpline for Online Schooling, taking it upon himself the task of raising whatever amount or kind he could through collaborations in order to aid those deserving to get a chance to get enrolled in the schoolyear but did not have any capabilities.

Helpline on Wheels covers two sub-programs. WednesdayWheelchair launched on August 7, 2020 is a two-way helpline in one. Persons with disability (PWD) of Tahanang Walang Hagdanan are commissioned to manufacture wheelchair, giving the fellows much needed livelihood, and the products are given out to PWDs. Each Wednesday for one year beginning August 2020, a PWD from the poorest of poor sector is granted a wheelchair. To name some program-related activities conducted to date are wheelchair donations to Gapan, Nueva Ecija mayor Emerson “Emeng” Pascual, and to PRO 4A RD BGen. Vicente Danao, Jr., for the respective public servants’ constituents.

The other sub-program, Bicycle for Work Helpline, aims at giving bicycles to workers, primarily frontliners who have no means or are having difficulty getting to work. A collaboration with Philippine Senator Pia Cayetano’s #PilipinasInAction bears a special collaboration dubbed Pilipinas Helpline on Wheels in Action where the committed parties strategically select bicycle beneficiaries. Bicycles have made it to the good hands of constituent beneficiaries, mostly medical and essential workers, of Sta. Rosa City, Caloocan City and Cainta, Rizal, among others.