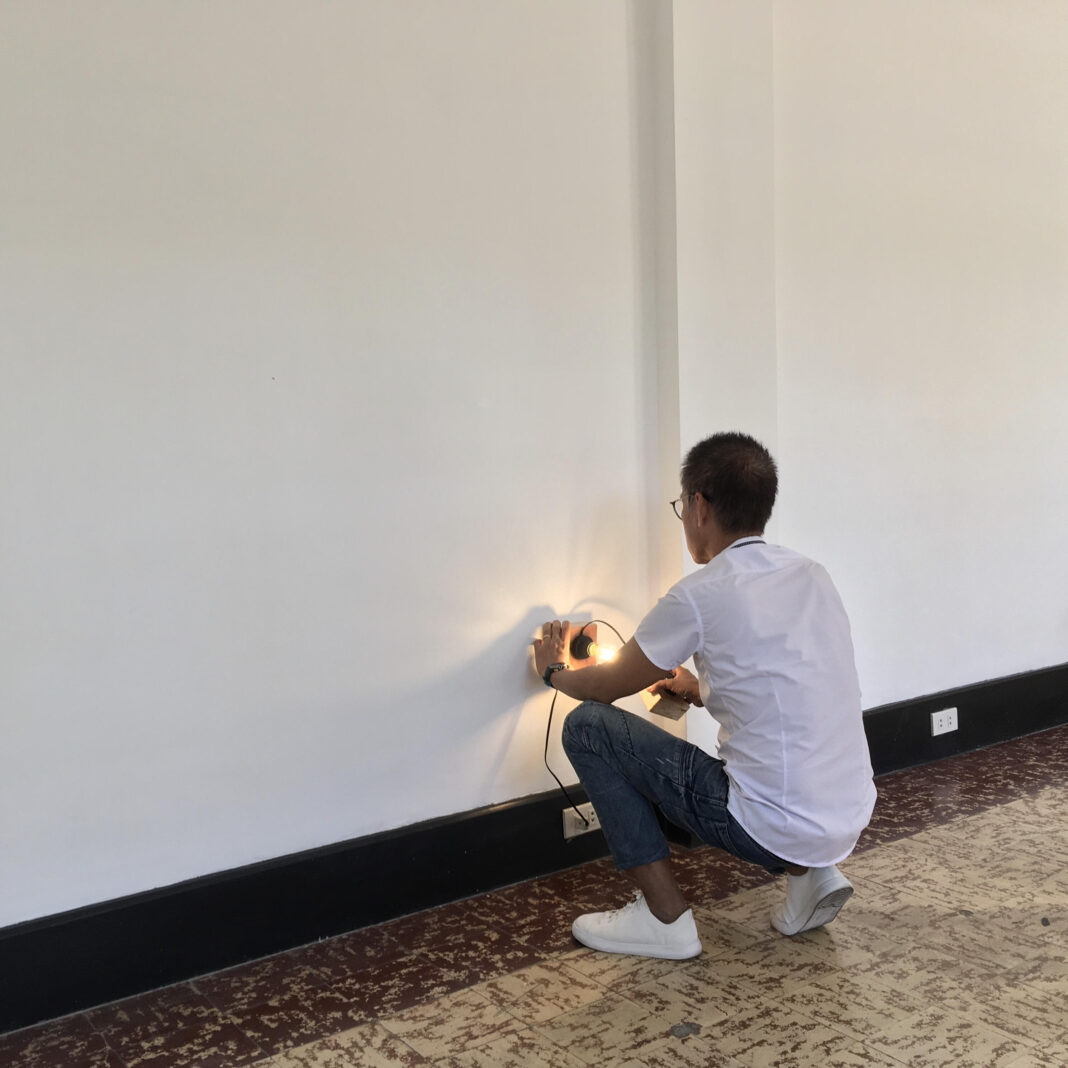 Join us this coming Saturday for a walkthrough of the exhibition “Collecting Space.”

Spend an afternoon at Calle Wright and learn about the life and works of conceptual artist Joe Bautista.

Admission is free. See you there!

Collecting Space is an exploration into memory and the reactivity of the mind when confronted with objects. It is the slow but certain gathering of recollections and experiences, making their way into the caches of the mind and in turn, coming back to the surface when prompted by familiar pockets from the past.

Joe Bautista assembles works incited by the experience of drawing connections between objects. Selected collages from his personal collection feature snippets of documents with differing angles, colors, and forms in every set. Each a repository of structures he holds familiar, these works bring us to inquire into possibility.

Working as a conceptual and installation artist since the seventies, Bautista’s installations, on the other hand, are a nod to his past works sparked by his interest in the infinite signals brought by assembled objects. These installations extend as in-the-moment reflections on introspection, thoughtfulness, and the virtue that comes from both.

As a glimpse into moments passed, Collecting Space endeavors to explore the preservation of time through well-used items, prompting a quiet search into what we find familiar, what echoes from a distant past, and yet makes its way fondly into the now.

Collecting Space by Joe Bautista is open to the public from 9 February to 9 May 2020 at Calle Wright, 1890 Vasquez St., Malate, Manila. Viewing hours are from 12NN-7PM, Saturday to Monday.