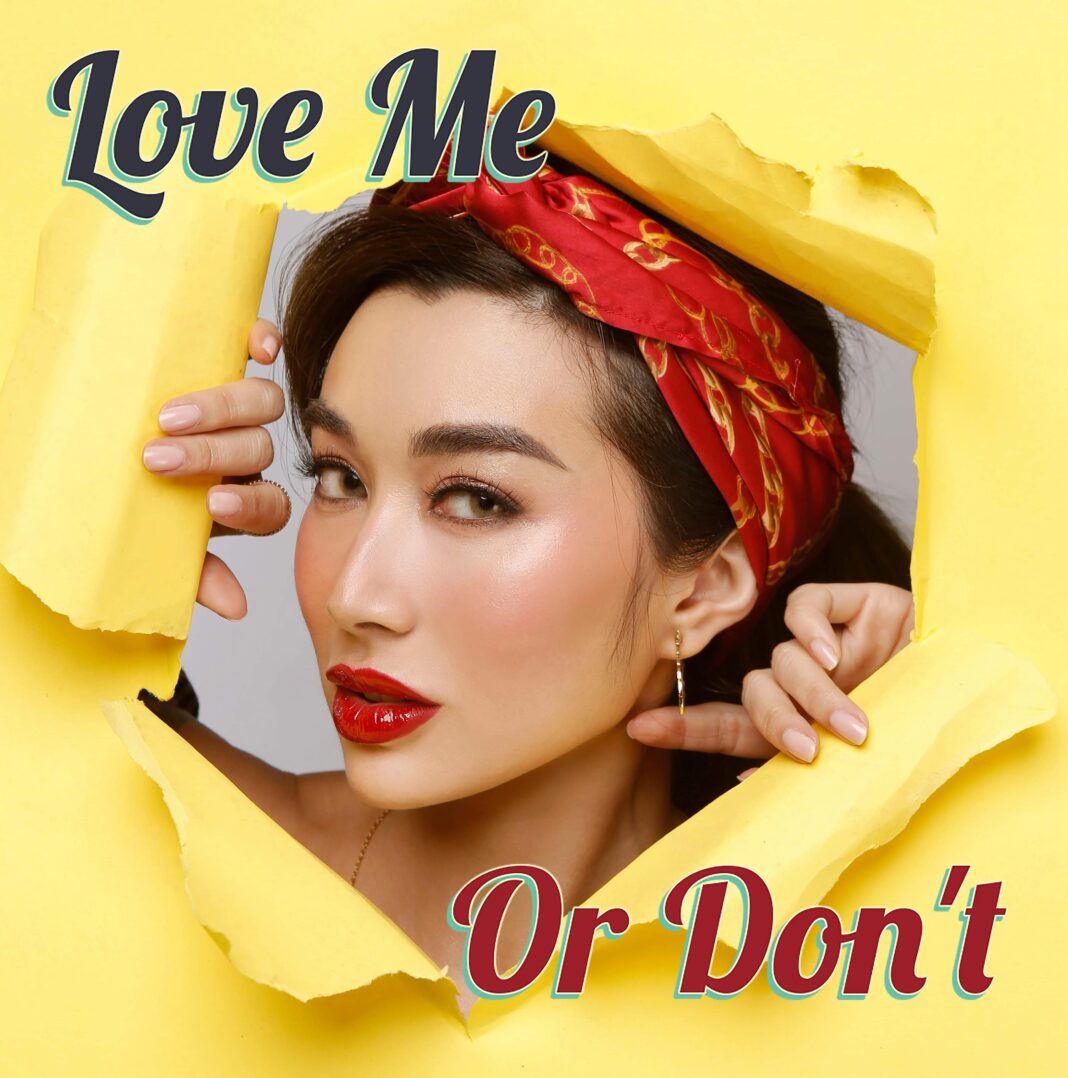 Look at us, marching into a brand new year! We may not have slipped through the last year unscathed, but we certainly seemed to have slicked on thicker skin… That’s right, we’ve been thrown to the ground multiple times, bruised and cut a little bit and yet, here we are, standing again, face to face with whole another year.

Thick skin… they always say we need to develop thick skin, but does doing so really make us feel our wounds any less? Perhaps the sensation remains the same, but we’re not bleeding all over the place anymore. When people throw pain our way, it has less to do with wounding our skin, and more to do with revealing the unhealed wounds in their heart.

One afternoon, I was waiting for a friend, Miru, a former classmate in Elements songwriting camp to come over with his guitar so we could try and write something. While waiting, I was mindlessly scrolling through socials and noticed a lot of animosity between people. Unfriending, unfollowing, blocking, stalking, it seems we’ve left it up to emoticons to somehow have control over actual human emotion… I thought about how many relationships and friendships are swayed by whatever thoughts are spoken, whatever bonds were broken online… Has it brought us closer at all to those who mattered? Has it made us retreat into the dusty corners of our our minds, have we evolved from our pain? Have we finally let go and forgiven our greatest tormentors Could it be? was it possible? for that one moment… to disengage from the chaos, gather ourselves and just say “NO. I will not let this affect me. I will learn from this.”

I thought of the lines:
you can like me, or don’t,
simply say “hi” to me or don’t…
and I really don’t mind when your stares grow cold.

But was this true do I really not care? Sometimes… not all the time… ok no it wasn’t true… I am human, a constant work in progress, aren’t we all?… how long do we carry that weight of living up to expectations? When is the point where we tell ourselves “alright I’ve had enough, I won’t let anyone, whether they mean to or not, bring me down…. not without my permission.” fact…. we simply can’t please everyone.

It seems the topic struck a chord in more ways than one, because the entire song melody and lyric was done in 15 minutes. It had been awhile since I’d finished a song that quickly.

Miru arrived and I was like, bro, I have a song for you, I don’t know if you’ll like it or not, but hey it’s called “Love Me or Don’t…. I sang out the lyrics and melody with him and we agreed that we could set it in the context of a relationship where the persona had been hurt many times, smiled through it to put up a front and reached her breaking point, where she no longer lives for her lover’s approval, for the first time she’s unafraid to be alone and tells him straight – “I don’t need you to feel complete.” Love me or don’t… or kung ayaw mo, edi ‘wag.

There was a line that went: either you stay in my arms or stay out of my way, so stay or don’t
Miru was like, ang daming palang chords pababa!

I said… hmm should I change it?

Miru, Ira Cruz and I collaborated on a rough demo which we sent the band. We had the usual suspects on this track.. Michael Alba on Drums, Karel Honasan on bass, Ira Cruz on Guitar, Nikko Rivera on keys and my go-to triumvirate of horn players, Lester Sorilla on trumpet, Isla Antinero on Trombone and Michael Guevarra on Saxophone, where Michael Guevarra also wrote out the horn arrangement.

After weeks of goIng back and forth through schedules, we found an available date to get me and the boys over to Wildgrass studios. I cannot tell you how grateful I am to have these musicians back in the studio. These guys are some of the best musicians I know, they are some of the busiest session players too and they’re usually on tour this time of year, So to get them in the studio was really a blessing.

We hardly wrote out the parts for the instrumentation of this track, the rhythm section jammed it on the spot at Wildgrass based on ideas from the demo which ended up evolving into a different feel altogether. We recorded it as organically as possible… I guess you can say it was a live recording of the rhythm section and we laid in the horns section and trumpet solo the following day.

After hearing the track, I felt like it needed a call and answer type back up vocal in the middle and latter parts of the song…. There was only one lady I had in mind to design this, Yosha Honasan. I had my own ideas, I did a rough demo at home of several harmonies but after hearing hers… I forgot all about my own because she’s just brilliant. Lucky for me, Yosha was available only one day in August, I snapped up that day to have her in the studio. Since the song was somehow woman-power derived, it was only right that we had three strong women with strong voices on the track, the first being vocal arranger and singer Yosha Honasan, followed by another classmate of mine Pauline Lauron who was also an arranger, she has this big earthy voice I love…. And another woman who is my biggest inspiration in life and music, my mom Iwi Laurel.

The instruments and backups were in.

One session more for the vocals and we were done. The track went from the talented hands of Jess Fermino to the brilliant ears of Angee Rozul for mixing and then to my go to mastering place in Abbey Road London.

Throughout the recording I had been writing out a concept for the music video, which was set in a vintage 50s-esque utopia…polished and eerie in the same breath. I wanted some sort of narrative that would showcase two friends of mine who are great actors, Ms. Max Eigenmann from the famed Eigenmann clan and French actor Guillaume Novert. I was excited to begin the process with Director Gorio Vicuna.

And so the fantasy went into production. This was the most meticulous production I’ve done for a music video yet. We had to resort to shooting it in two segments, part 1 before the lockdown, and part 2 when restrictions eased. We also explored darker more cinematic themes… which I thought was an unexpected point of view in terms if the usual content I’ve produced… we definitely wen’t deeper and darker with his one. It was shot in our family’s ancestral home and tons of costumes were pulled out to match the vintage themes. To achieve the look I even wore padded garments to add pounds to my body and make me look heavier, to suit the vintage beauty aesthetic. We all had fun with the transformations and not looking like our usual selves. Thankfully everyone combined their creative forces and was on board to do something different and unafraid to go dark for this project. It was through working with such professionals that I observed and learned to do everything thing with love despite challenges and long hours, because either you find love in the process of doing it…. Or don’t…. don’t do it at all.
I guess my takeaway from all this is that life is unbelievably short, our time here on earth is just a commercial break from the main show… it is a gift to be here, no matter how difficult it proves to be sometimes…. And because every moment is a gift, and I really don’t want to spend all my time wondering if I’m worthy enough for this gift. Because I am incredibly flawed, and that is just fine… as long as I keep trying to be better… And I don’t ever want to live my life for a man’s approval… unless that man is the man upstairs in heaven. The criteria of one’s worthiness shouldn’t come from other human beings because if we all use each other as measuring sticks then we’ll be gravely disappointed…. That and…. We should never be the reason someone stops creating, stops doing what they love.

I’ve been told “no” and made to feel that I wasn’t deserving many times…. There were times when I listened and I let myself slide down…. That “no” would echo over and over in my head, bouncing against walls and limitations. ….no, no…until slowly that NO would start to morph into a different kind of NO! Not in defiance, but rather with renewed strength and faith— “No, I will not listen to those who discourage me or do not think I am worthy, No I will not stop for as long as my father in heaven gives me purpose, No… you do not have my permission to hurt me.” So, gawa lang ng gawa. I am done counting battle scars… it is time to turn these scars into stars. And it won’t always go well, we will fall apart and when we do, we rise and rise again for out of our greatest pain comes our greatest purpose. So wear the pain proudly… you’ve been through so much, We are not the sum of our mistakes… every day we strive to do better amounts to far far more…. so if anyone tells you that you aren’t enough. take a moment, its your choice… you can listen… Or don’t.

Launching on January 29 on Spotify and on February 1 on WISH BUS performance with band and promo for Music Video launch.
On February 2, 8 PM, watch out for the Facebook Live Music Video!

Check out this video: