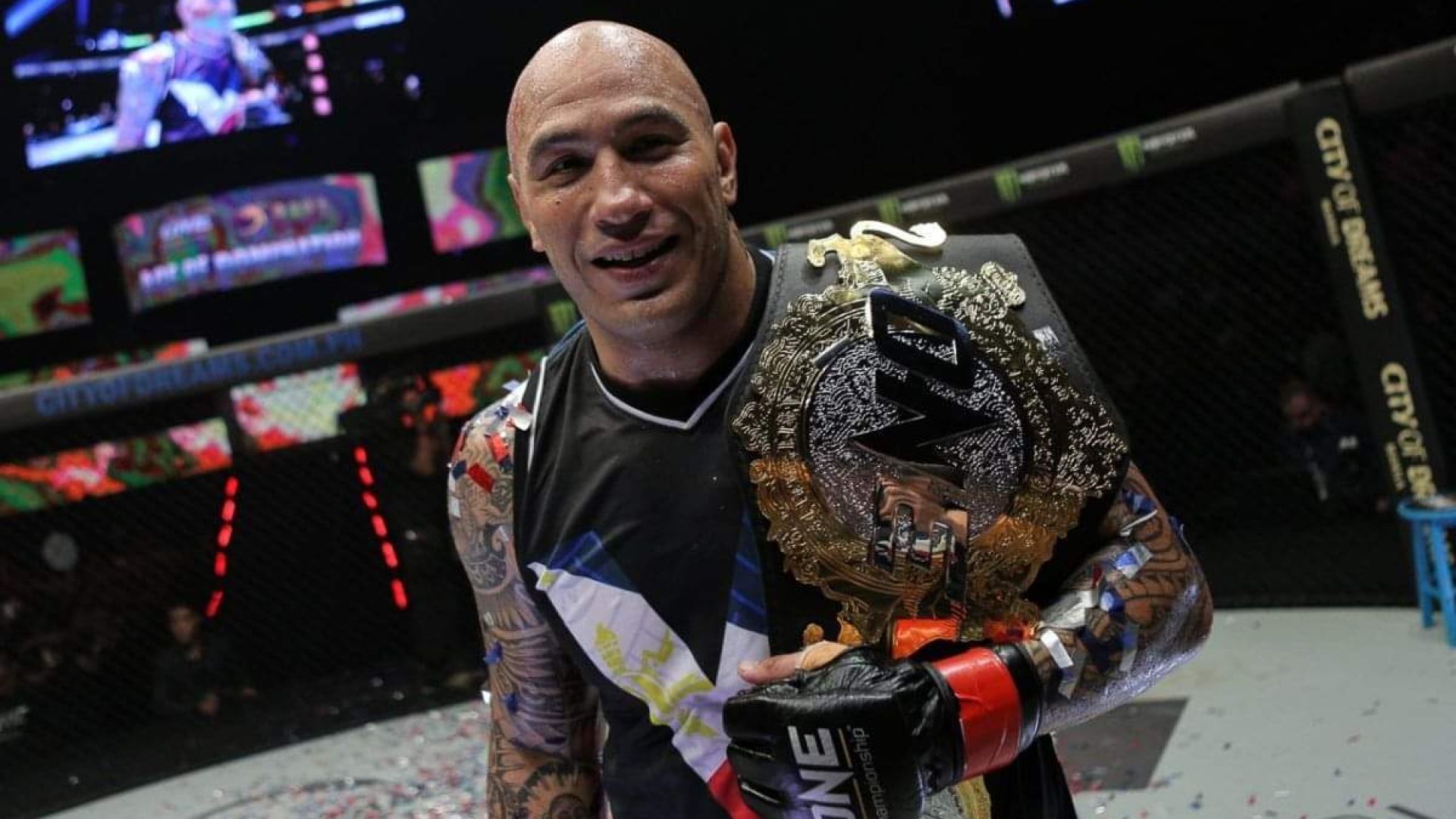 ONE World Heavyweight World Champion Brandon Vera shares exciting moments he got from The Apprentice: ONE Championship Edition. Vera is one of the world-class martial arts superstars who will guest on The Apprentice and test the candidates’ mettle with physical and mental challenges.

Reigning ONE Heavyweight World Champion Brandon “The Truth” Vera is among a handful of martial arts superstars to guest on upcoming reality television show, “The Apprentice: ONE Championship Edition.”

Vera, who is currently in Florida training alongside fellow athletes Aung La N Sang and Martin Nguyen at Sanford MMA, recalled his experience on ONE Championship’s version of the iconic TV franchise.

“It was very educational and refreshing not to have any pressure on me in front of the camera. I got to learn a lot from the candidates. I look forward to seeing ‘The Apprentice: ONE Championship Edition,’” said Vera.

“It was an honor, an absolute privilege to be standing next to greatness both in the martial arts and business worlds.”

The show, based on the popular non-scripted television franchise, is a complete departure from the classic American version, and offers viewers an entirely new experience.

“The Apprentice: ONE Championship Edition” invites 16 candidates hand-picked from around the world to participate in a series of business and physical challenges, as they compete for a US $250,000 job offer to work directly for ONE Chairman and CEO Chatri Sityodtong as his protege.

Vera, who was front and center to witness the candidates scrap and battle to reach the finale and ultimately win the competition, says viewers will be in awe of just how tough this version of “The Apprentice” truly was.

“I think the physical challenges for the candidates were something very unexpected. They were definitely not prepared even though they thought they were. It was very cool seeing some of them push beyond their limits, while some just fell apart,” said Vera.

Apart from being one of the most dominant world champions in ONE Championship, Vera is also an entrepreneur himself, owning several businesses including the Asian branch of renowned gym Alliance MMA. He, in particular, learned a lot from his time on “The Apprentice: ONE Championship Edition.”

Vera described his experience working with guest CEOs such as Zoom’s Eric Yuan, Grab’s Anthony Tan, and Catcha Group’s Patrick Grove, among others.

“It was a combination of being nervous, because I didn’t want to miss anything, and being nervous to discover some of my thought processes to be incorrect. It was definitely a learning curve all the time, and I’m very blessed to have this opportunity over and over with ONE Championship,” said Vera.

“The Apprentice” is one of the biggest non-scripted reality television programs in history, judging the business skills of candidates who are competing for a job offer under a high-profile CEO. It has aired in more than 120 countries.

The first season of “The Apprentice: ONE Championship Edition” consists of 13 episodes. It’s scheduled to premiere across Asia on Thursday, 18 March, on AXN, the show’s official Asian broadcast partner, followed by a global launch in June across broadcast and streaming platforms.

Having been witness to the candidates’ struggles, Vera learned exactly what it takes to be a contestant on the show, and has some advice for those wanting to join the show if it’s ordered for future seasons.

Vera is slated to make his return to the ONE Circle later this year to defend his ONE Heavyweight World Title, with a potential opponent being UFC veteran Arjan “Singh” Bhullar, although details of the bout have yet to be finalized or announced.