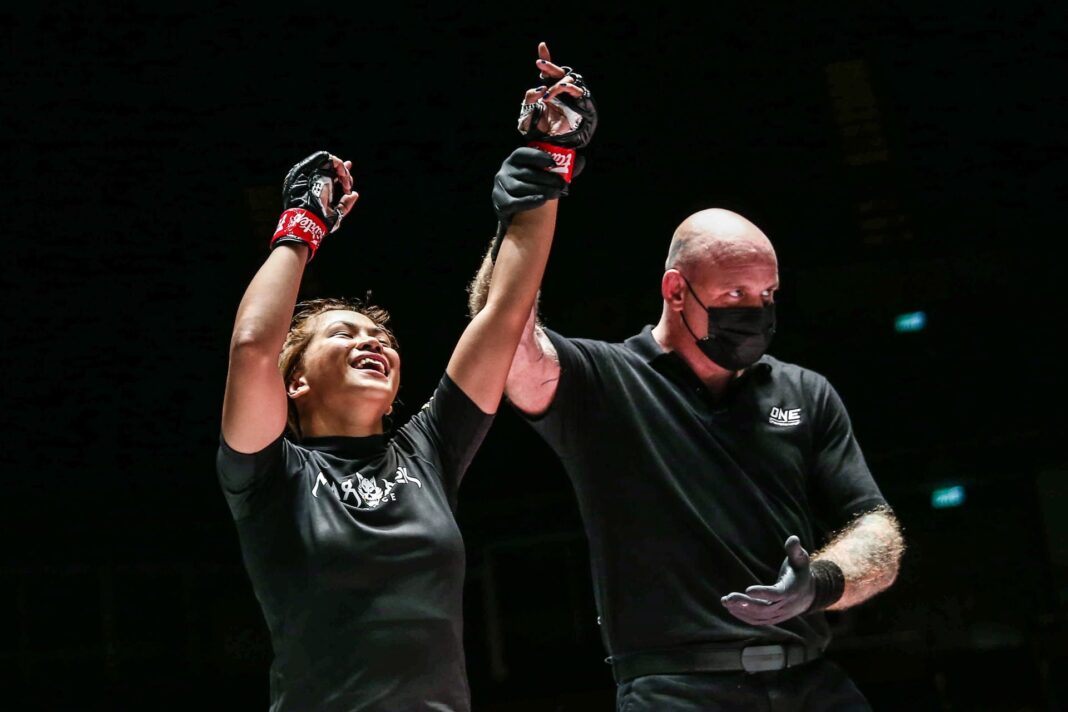 Meng Bo recently claimed that she can finish Filipina and 1-ranked atomweight star Denice Zamboanga in 2 rounds when they finally meet in the Circle.

Zamboanga did not take this lightly, and remained confident that she’d be able to take on any challenger when the time comes.

Fresh from training in Bangkok where she has honed her skills since the pandemic lockdowns took effect in early 2020, ONE Championship female atomweight standout Denice “The Menace” Zamboanga took the time out of her busy schedule to fire back at China’s Meng Bo, who recently had some impactful words for the Filipina fighter.

Meng took aim at Zamboanga recently, with the Chinese star claiming she can finish “The Menace” inside of two rounds should they meet in the Circle.

Zamboanga is the #1-ranked female atomweight while Meng is ranked #2. Both women love to trade punches, both in and out of the ring, making this a potentially explosive showdown should the bout materialize.

“If we were in the ring together, without a shadow of doubt, I would beat her (Zamboanga) up and take her spot as the #1-ranked atomweight in the division,” Meng was quoted as telling the media.

“Denice is a stubborn and tough fighter, but if I was to identify her strength, she’s only good at punching, nothing else. I think my stand-up fighting techniques will be enough to give me the victory. I’m pretty confident that I can finish Denice with a flurry of punches and knock her out within two rounds.”

Zamboanga obviously did not take those comments lightly, and the 24-year-old rising star immediately clapped back with full bravado.

“It’s cute that she thinks she can knock me out in two rounds. I’d like to see her try, let’s see what happens. Meng Bo likes to talk a lot. But talking doesn’t win you fights. She’s just asking to be humbled,” said Zamboanga.

“Sooner or later, we will see each other in the Circle and the talking will be over.”

Both Zamboanga and Meng are expected to be participants in the eight-woman ONE Atomweight World Grand Prix, set to take place some time later this year. Zamboanga and Meng could potentially meet in the tournament, should they advance through the brackets.

ONE Championship Chairman and CEO Chatri Sityodtong announced late last year that the winner of the tournament will go on to challenge reigning ONE Atomweight World Champion “Unstoppable” Angela Lee when she returns from maternity leave.

While Zamboanga declined giving out as bold a prediction as Meng, she did tell media that fans will be surprised.

“You’ll just have to wait until we are together in the Circle. I don’t really like to talk much unless provoked. I prefer to do my talking in the fight. I think it’s going to be a surprise for everyone,” Zamboanga concluded.

“I just want to get back in there and compete.”

Zamboanga is currently training at Marrok Force gym alongside her older brother, fellow ONE Championship fighter Drex “T-Rex” Zamboanga, and their friend Fritz “Kid Tornado” Biagtan. The Zamboangas look to remain in Bangkok for the time being, continuing their training until they receive a call for their next fight assignments from ONE. 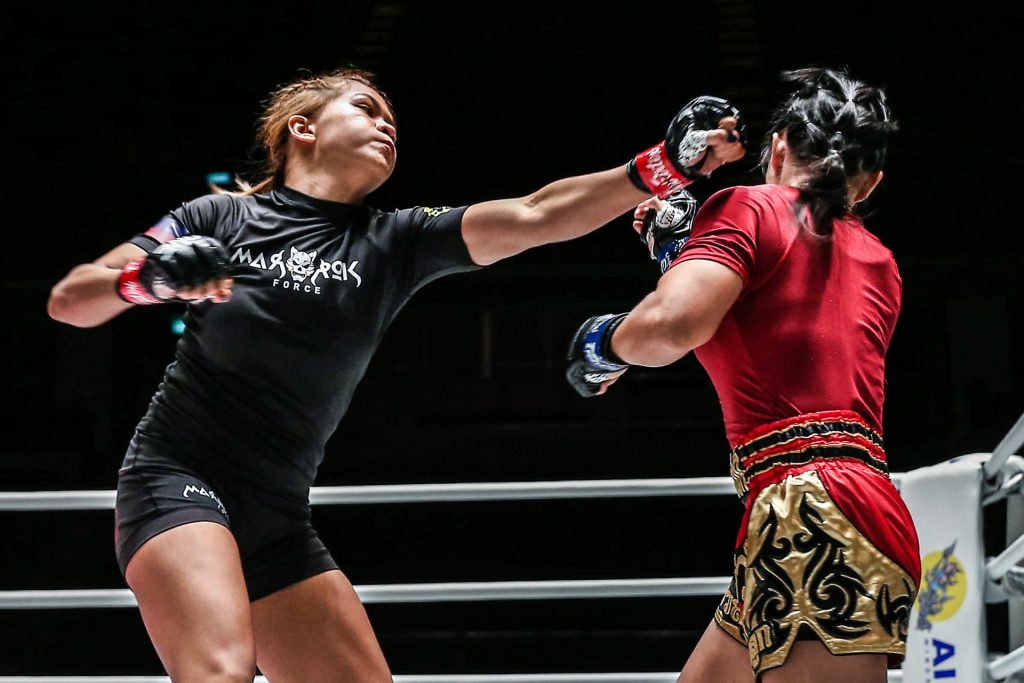