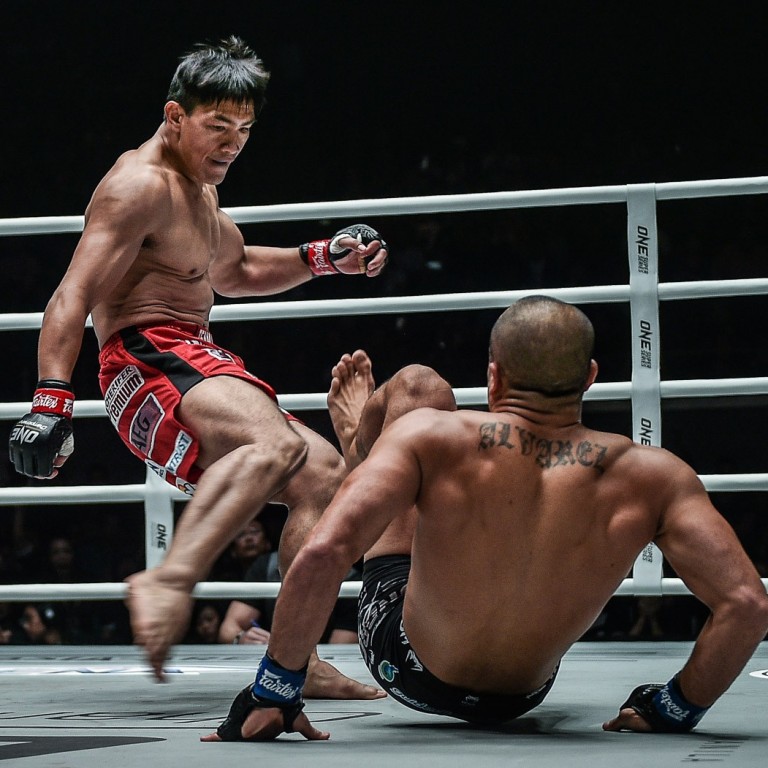 Filipino martial arts veteran and two-time ONE Lightweight World Champion Eduard “Landslide” Folayang is confident he has enough left in the tank to bag another shot at the title this year.

The Team Lakay stalwart succumbed the lightweight belt in Tokyo in early 2019, falling to rival Shinya Aoki via first-round submission at ONE: A NEW ERA. It was a painful setback, but did little to deter Folayang’s fighting spirit.

This year, Folayang vows to return as a better competitor, and show fans he has what it takes to be champion again.

“2019 has been an absolute roller coaster ride for me,” Folayang said.

“I started the year off as champion but fell short of victory against Shinya [Aoki] in Tokyo. That’s a loss that I learned a lot from and it was a very tough experience to deal with. I can honestly say however that I am a much better martial artist because of it.”

Apart from taking on the legendary Aoki, Folayang also got the opportunity to challenge multiple-time lightweight champion Eddie “The Underground King” Alvarez, a more than recognizable name in the mixed martial arts ecosphere.

Despite dominating Alvarez in the early going however, Alvarez turned the corner and scored a come-from-behind victory on the strength of his wrestling and submission skills. The American secured a rear-naked choke midway through the first round, earning a spot in the ONE Lightweight Grand Prix Championship Final, which he eventually relinquished due to injury.

Although it was another painful setback, Folayang realizes the value of facing an American icon.

“After facing Eddie Alvarez of course, it was another learning experience for me,” Folayang said.

“Being able to face one of the best fighters in the world, who is a former UFC and Bellator World Champion, it was a huge honor. I feel like I was winning that fight, and then one mistake and I’m on the losing end. I won’t make that same mistake again next time.”

For Folayang to be able to return to title contention, he has to be perfect to start the year. He believes he has to turn in inspiring performances that will catapult him back up the rankings, starting with his first bout of 2020.

Folayang is scheduled to face Pakistan’s Ahmed “The Wolverine” Mujtaba at ONE: FIRE & FURY, set for the Mall of Asia Arena in Manila on Friday, 31 January. In this bout, Folayang vows to showcase his overall improvements, and that he learned valuable lessons in the past year.

“I still feel like I’m at the top of my division, and I want to get back in contention in 2020. The lightweight division is one of the toughest in ONE Championship, and I want to reclaim the title again for my Filipino fans. I’m hungry as ever for victory. I will be back on top. It’s all about that mindset. With the help of God, I’ll be champion again.”