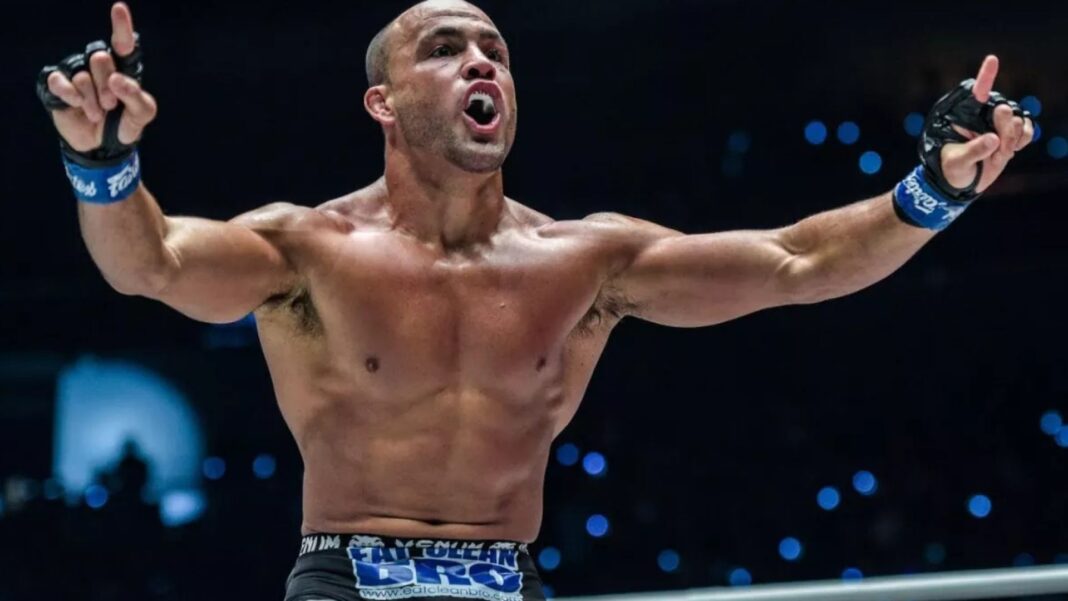 Eddie Alvarez and Iuri Lapicus lock horns at ONE on TNT I on April 8. This is the first of a four-part blockbuster series that will air on TNT.

Former ONE Lightweight World Champion Eduard Folayang shared his thoughts on the upcoming bout between the vet and the young rising star.

Folayang says the fight will be tough to call since both athletes are extremely capable of winning. Instead, it will come down to willpower.

Multiple-time former ONE Lightweight World Champion Eduard “Landslide” Folayang is due for a victory in the Circle. The 37-year-old Filipino mixed martial arts veteran is currently deep in training, preparing for his next fight which takes place next month.

But before he climbs back into the Circle, “Landslide” will have his thoughts fixated on the upcoming Eddie Alvarez vs. Iuri Lapicus lightweight showdown.

Alvarez and Lapicus lock horns at “ONE on TNT I,” the first of a four-part event series which broadcasts live from the Singapore Indoor Stadium in Singapore on Wednesday, April 7 (Thursday, April 8 in Asia).

Folayang shared his thoughts on the upcoming blockbuster.

“It’s a good fight for both guys. Both of them come to fight, and they are never boring. I respect that. It should be entertaining for the fans. They both have solid all-around skills. Eddie is a proven champion, but Iuri’s coming into this very confident. The one who wants it more is going to win. It’s going to come down to willpower,” said Folayang.

“Iuri is younger, and has that youthful energy on his side. Eddie has that veteran experience. He’s been through a lot and has seen it all. It’s hard to calculate who will take this one. As a fan, it will be fun to watch.”

Folayang is scheduled to return to action to face Korean-Japanese superstar Yoshihiro “Sexyama” Akiyama at “ONE on TNT IV,” which also broadcasts live from the Singapore Indoor Stadium in Singapore on Wednesday, April 28 (Thursday, April 29 in Asia).

“Landslide” is looking to bounce back from a tough loss to Antonio Caruso last October. He’s dropped four of his last five fights, but the former lightweight king hasn’t lost motivation. Folayang is determined to capture a much-needed victory, and reestablish himself at the top of the division.

“We’ve all got something lined up in the next few weeks. Training hard as always. I’m thankful I can still perform on the biggest stage, and have fans who believe in me. I want to put in a vintage performance,” said Folayang.

The “ONE on TNT” series airs every Wednesday in the United States from April 7 for four weeks. Each week will include a preliminary card digitally streamed exclusively on the Bleacher Report App and B/R Live from 9 p.m. to 10 p.m. ET, followed by three main card fights televised exclusively on TNT in the U.S. at 10 p.m. ET. It will be available in Asia via the usual channels.