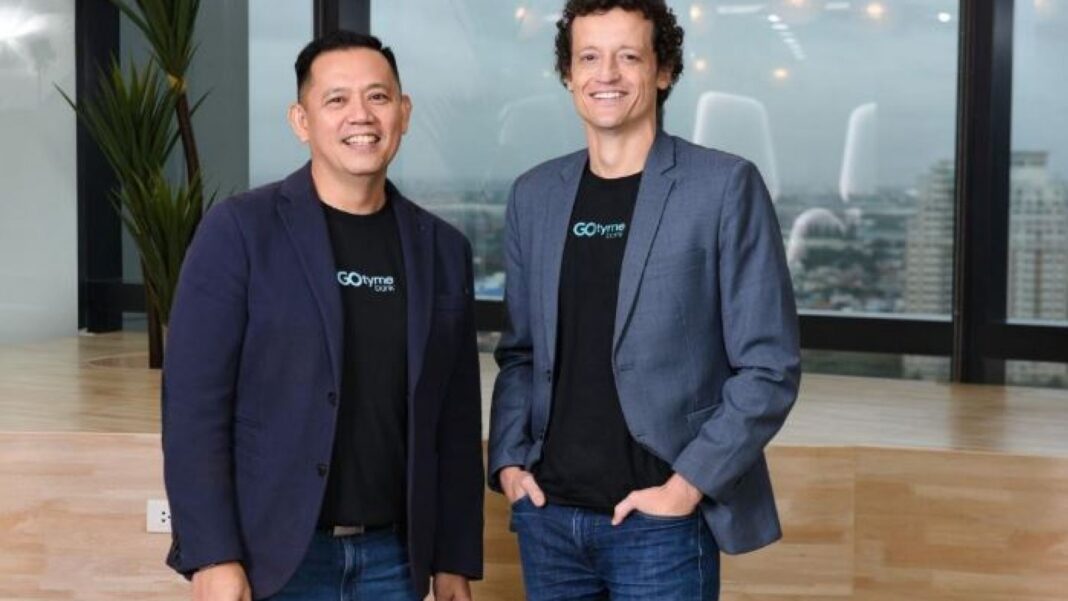 These Fintech Mavericks are Set to Change the Way We Bank 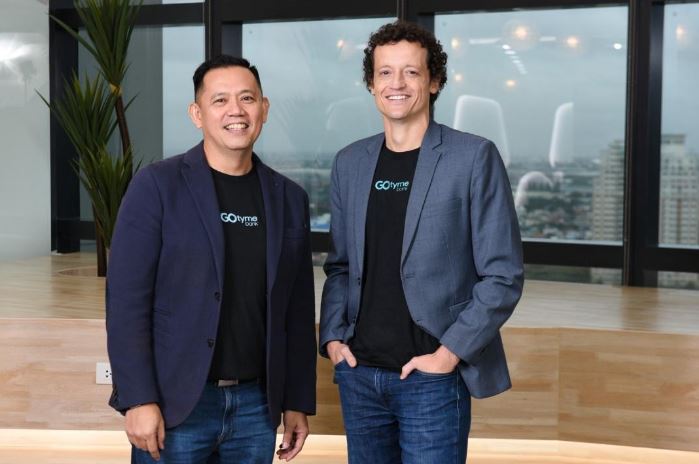 Data from the Bangko Sentral ng Pilipinas reveals that as of the 2nd quarter of 2021, there are 41 million Filipinos who are unbanked. This means that they do not use or don’t have access to traditional financial services such as savings or checking accounts and credit cards. There are still those who stash their cash at home. Their financial services such as loans and money transfers are met through institutions such as pawnshops, remittance centers, or even personal lenders. While the pandemic has introduced Pinoys to the convenience of e-wallet services, the usage is often limited to buying cell phone load or engaging money transfers for purchases.

Two bankers are on a mission towards better financial inclusion, so that more Filipinos can enjoy a more secure future with savings and investments made easier to access through digital banking. Nate Clarke, President and CEO of GoTyme Bank and Albert Raymund “Abet” Tinio, GoTyme Bank Co-CEO and Chief Commercial Officer are rolling up their sleeves to help more unbanked Pinoys enjoy secure and convenient banking through “high-tech and high-touch” fintech services.

This pair of C-Suite executives have a combined experience that matches their advocacy for financial literacy and inclusion. Their expertise includes changing mindsets about banking by making it more approachable, accessible, and convenient.

Nate’s background spans general management, product, and strategy to include leading the rollout of Tyme’s digital proposition in Indonesia, growing the MTN Mobile Money in South Africa to a customer base of 4 million, and most recently heading product and strategy for Tyme in the creation of Africa’s fastest growing bank. Abet, on the other hand, started his career in logistics and shifted to telco before joining the financial services industry as president and CEO of GCash. He was also the founding president of the Philippine E-Money Association and prior to joining GoTyme, he was SVP for Digital Payments and Agency Banking at Robinsons Bank.

Both say that kind of fell into fintech. Nate is an American who grew up outside of Boston, Massachusetts. He worked in Management Consulting for US clients with audit and advisory firm Deloitte, but his travels abroad have exposed him to emerging markets. “In 2010, I felt I wanted to do something different and I stumbled into this conference on mobile money. There were speakers from M-PESA in Tanzania, which was the first global success on e-wallets. I remember telling my colleague, this is what I want to do.” 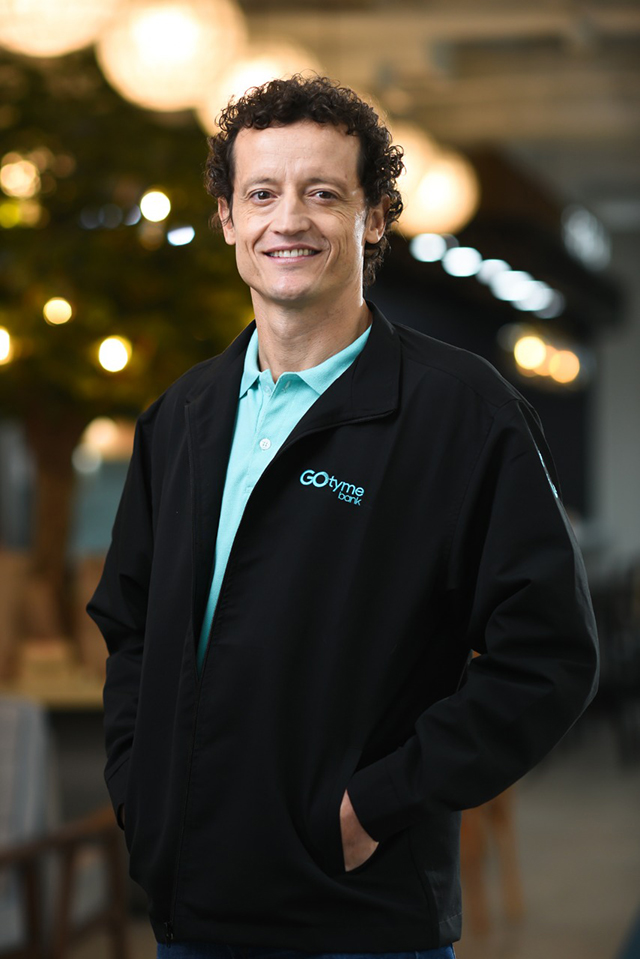 Nate had a stint in Tanzania to work on a mobile healthcare project before becoming involved in a mobile money project in South Africa, which led to the establishment of Tyme in 2012 as a fintech service provider. “In 2018, we got our first bank license and launched that bank. One of our shareholders took us to Indonesia and that sparked the idea of expanding to Southeast Asia. We actually identified that Philippines a couple of years ago as the ideal market, and we were lucky to meet JG Summit, which is our partner for GoTyme.”

Albert counts financial inclusion as one of his main advocacies. “There’s a huge part of me that’s always looking to build a legacy, and I think that this is what GoTyme Bank can help me achieve. I wanted to build something on my own that can answer the needs of my fellow Filipinos who are unbanked or underbanked,” he shares. 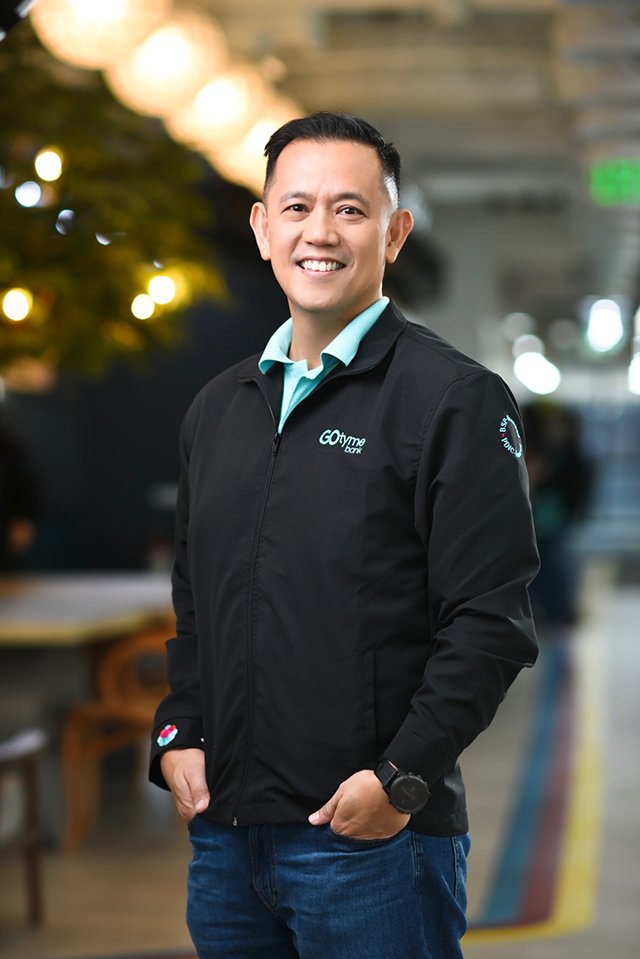 Albert says e-wallets have given people the idea that there are better ways to do things, and the evolution of the internet have made it possible for more people to access financial services. “Our househelp used to send money to her child through a pawnshop, and to receive her remittance, the child had to travel for a few hours to a branch in their province. Now it is easier for people to send and receive money.” He adds that it’s time to take that a notch higher. “Through digital banking, we will bring in quality, bring in consistency, and bring in a lot more convenience. What we’re out to prove is, ‘Hey, we are as convenient or even more convenient than a wallet, but as safe — or even safer than a traditional bank’. It is already happening in other countries why should the Philippines be left behind?”

Nate shares this success story in the South African setting. “Pat, a woman entrepreneur, launched a t-shirt printing business but with the Covid outbreak, her sales significantly slowed and she could not even manufacture anymore. She opened a personal and SME account with TymeBank and was awarded a spot at a trade fair where she did really well. For her success, she was awarded US$310,000, partially in a loan and partially in a grant.” He says Pat is participating in the pilot for TymeTrybe’s community platform for education and business tools.

Albert says that digital banking will also be of big help to the Philippines’ Micro, Small and Medium Enterprises, as it will allow them to avail of loans more easily. “The advent of digital banks using technology and data derived from that technology helps make lending or advancing much easier. Alternative forms of data can create that kind of algorithm and credibility to help entrepreneurs who are good borrowers to avail of better credit.”

The GoTyme Bank kiosks that will be set up in high traffic areas are a nod to Pinoy culture. “I’m sure you’ve lined up behind a person in an ATM machine who asks manong guard for assistance.  Kasi meron pa rin tayong innate fear of doing something that we’re not familiar with.  I think Filipinos are very much social and in order to introduce a new concept, we need to go phygital or physical and digital.  You make them go digital but you guide them through it. That’s the reason behind why there are ambassadors with our kiosks so that if you have any questions, they will be there.”

Outside the office, these two fintech mavericks are active in their personal pursuits. Nate admits that one of the few things he knew about the Philippines before moving here with his wife and 4 daughters is the surfing scene. He rides the waves as a hobby and has even stayed in Siargao for a month. “One of the things that I love about surfing is that when you’re out waiting for waves, people in general are very relaxed and friendly. I think it’s an equalizer of sorts because no one’s looking at your work or the car we drive.” He says that this is what they want to deliver with GoTyme Bank. We want to deliver high-quality banking to everyone and treat everyone to be as important as the next client.” 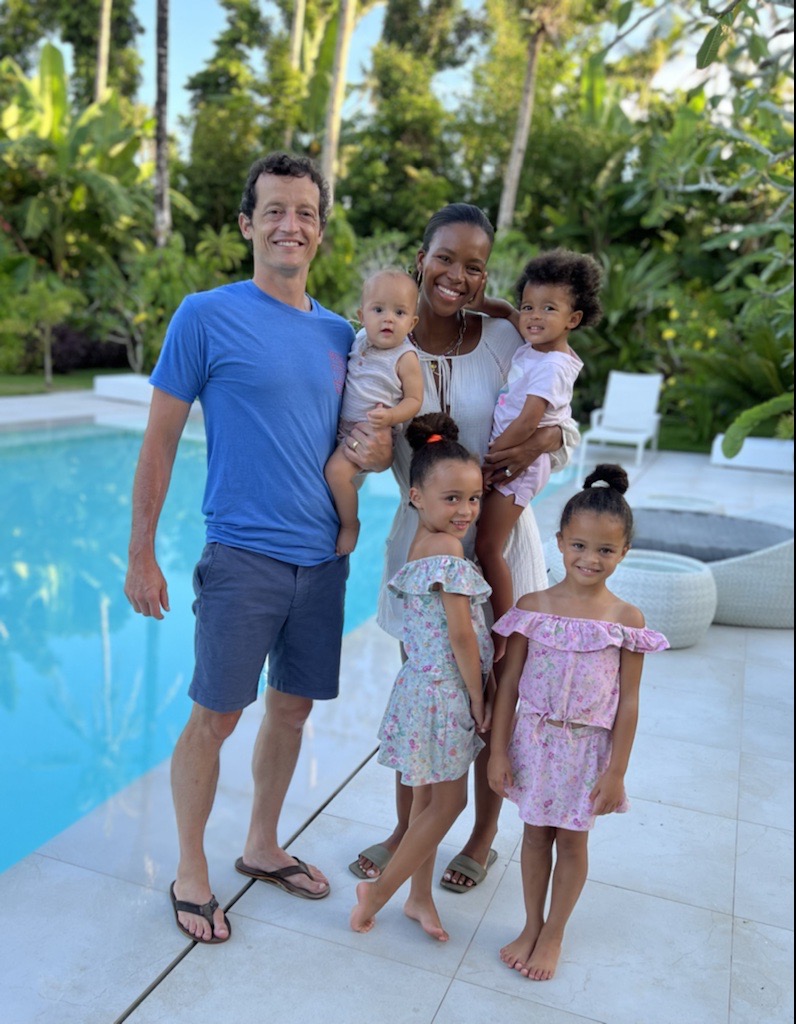 Nate Clarke enjoying the sights of Siargao with his family

It’s off to the races with Abet as he chases after the Abbott Six-Star Medal which means finishing the world’s six major marathons held in New York, Chicago, Boston, Berlin, London and Tokyo. I was a runner in grade school and high school, stopped in college and took up the sport again in 2016.” He has already participated in the Berlin and Chicago Marathons and was gearing up to run in New York when the pandemic hit. 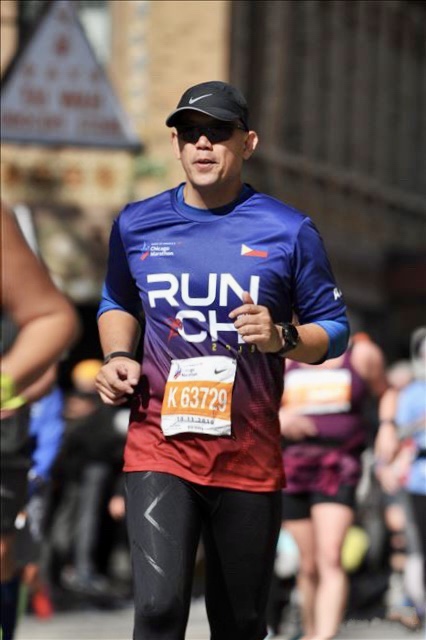 Albert Tinio showing off his form at the Chicago Marathon

He applies the lesson from his marathon runs towards the direction for GoTyme Bank as well. “Marathon is about endurance and strategy, but they are also about the right timing and opportunity. You look at the route of a marathon and strategize when to run fast and when to conserve energy. I even plan where my wife should meet me to cheer me on because at that point I would already be exhausted. You can apply that same strategy to business. In our case with GoTyme Bank, we are about to launch and we took a lot of preparations, planning what we will focus on in the first three months, and so on. It’s a new field. It’s a new technology, so we’re being very, very conscious of how we deploy and use it.”

Abet is also an advocate for adoption having grown up with adopted siblings and has one adopted child who joined their family when he was less than two years old. He is active with NorFIL Adoptive Parents, a non-profit group that espouses adoption where he has noticed that there is a bigger demand to adopt children from abroad rather than within the Philippines. He says that the future of digital banking can have an effect on this too. “I think it is because the foreigners are better off financially. We actually have more foster families from the middle income to low income [brackets]. So the capacity to love is there, right? With more Filipinos having access to better financial services, there will be more who can open their home and hearts for fostering and adoption.”

These two fintech leaders bring together their expertise, spirit of innovation, and heart for service as GoTyme Bank makes it their mission to bring Filipinos convenient banking experiences and better access to financial services. Find out more about GoTyme Bank through https://www.gotyme.com.ph/.

GoTyme Bank, is a joint venture of Tyme, a multi-country digital banking group, with members of the Gokongwei Group of companies, namely Robinsons Bank, Robinsons Land Corporation, and Robinsons Retail Holdings, Inc. GoTyme Bank aims to unlock its customers’ financial potential with the convenience and security of digital banking. With a high tech-high touch approach, GoTyme Bank combines the ease of immediate account opening with a personalized debit card released through kiosks located in shopping malls throughout the Philippines, plus the power of self-serve financial solutions accessible through an intuitive “all in one” banking app. These, along with other industry-leading offerings, set GoTyme Bank on-track to revolutionize banking in the Philippines.

About the Gokongwei Group