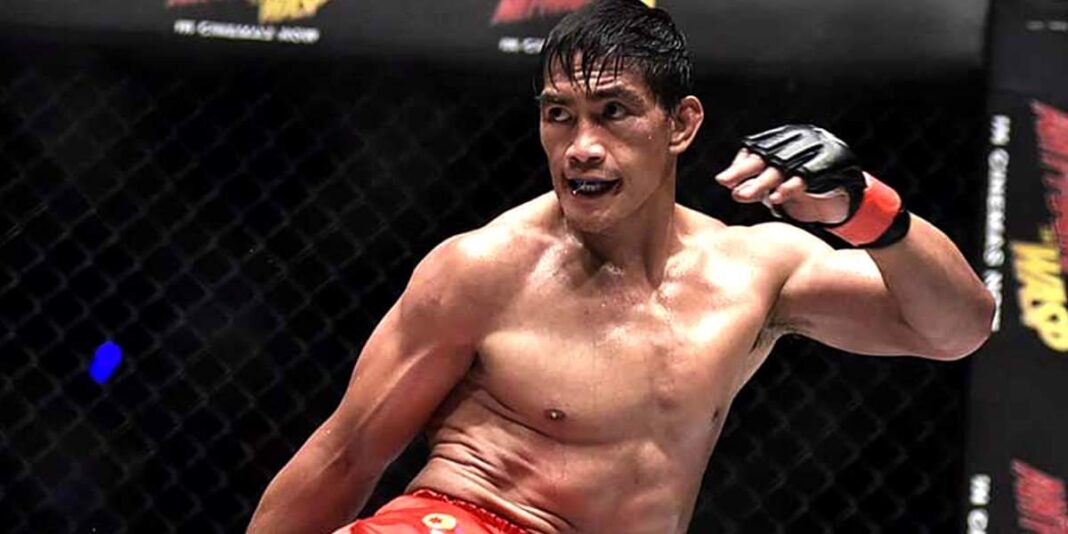 Third-ranked ONE lightweight contender Pieter “The Archangel” Buist of The Netherlands fought and defeated former ONE Lightweight World Champion Eduard “Landslide” Folayang of the Philippines as recently as January of this year. So he is familiar with the Filipino’s game and the kinds of threats he poses.

Which is why Buist, who witnessed Folayang’s most recent loss against Australia’s Alex Caruso, believes the 36-year-old veteran came into the bout at a mental disadvantage.

Folayang dropped a close unanimous decision to Caruso just last week, at ONE: INSIDE THE MATRIX in Singapore. Prior to the bout, many fans and analysts wondered if “Landslide” would consider riding off into the sunset and calling it a career if he suffered another setback. With the Caruso loss, Folayang has now dropped four of his last five.

In a recent interview, Buist explained how important a role mindset plays in every fight.

“It looked like Eduard was missing some batteries. Against me he was more aggressive, more outgoing. And now he was hesitating. I think he buckled under the pressure of ‘yeah he has to win this fight, because if he doesn’t win, he must stop’,” said Buist.

“You know, for a fighter, a lot of people don’t understand, especially those who don’t fight. It’s around 85 to 90 percent mental. The rest is physical. So if mentally, you’re not there, you will lose.”

Against Caruso, Folayang certainly did not appear like his true self, or at the very least, was unable to show what he was truly capable of in the Circle. The Filipino veteran appeared a step behind Caruso for the duration of the contest, noticeably lagging behind his younger foe in both striking and grappling exchanges.

“The physical part is punching, beating, choking, you know. I think mentally, he wasn’t there. But Caruso is a good fighter. I fought him also. He’s a true warrior. He comes to fight. For him, it was the same thing. I think Caruso was, mentally, better prepared than Eduard.”

Buist returns to action this Friday night at ONE: INSIDE THE MATRIX II, a previously-recorded event from the Singapore Indoor Stadium in Singapore scheduled for air on 6 November. “The Archangel” takes on fourth-ranked lightweight contender Timofey Nastyukhin in what is expected to be an action-packed affair.