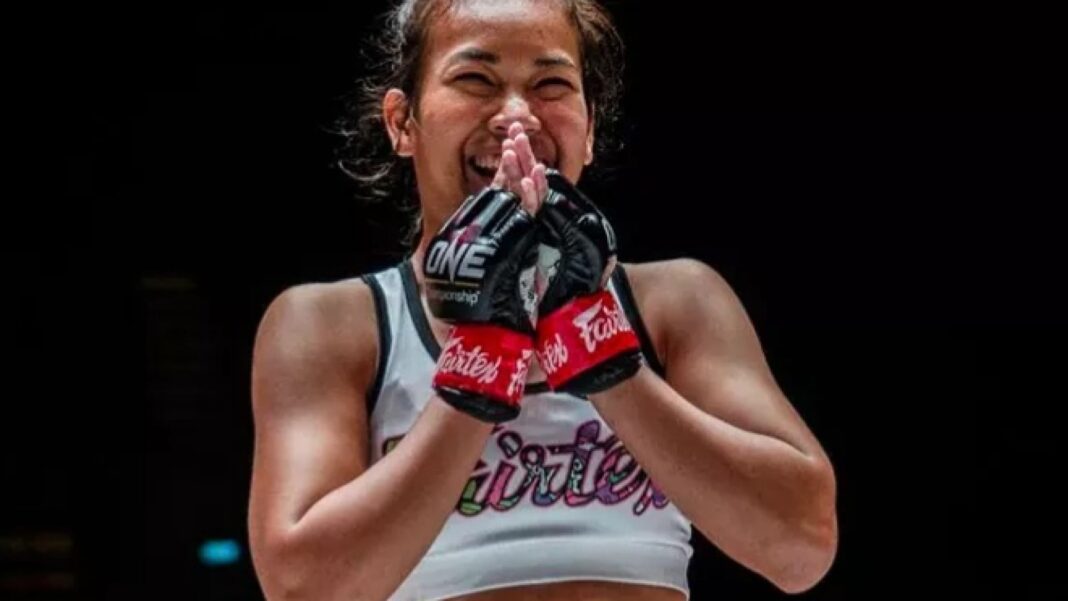 Heading into her much-anticipated ONE Championship debut, 23-year-old Filipino-American Muay Thai fighter Jackie Buntan is excited to represent her Filipino roots on the biggest global stage of martial arts competition, and perhaps follow in the footsteps of a Pinoy sports legend.

Buntan is scheduled to face off against Thai rising star Wondergirl Fairtex in a three-round Muay Thai contest, as part of the main card at ONE: FISTS OF FURY, which broadcasts live from the Singapore Indoor Stadium in Singapore this Friday, 26 February.

Buntan is heading into her ONE debut with her game face on, as she looks to make a name for herself in the world’s largest martial arts organization. One man who has inspired her to do well is none other than Filipino boxing legend Manny “Pacman” Pacquiao. 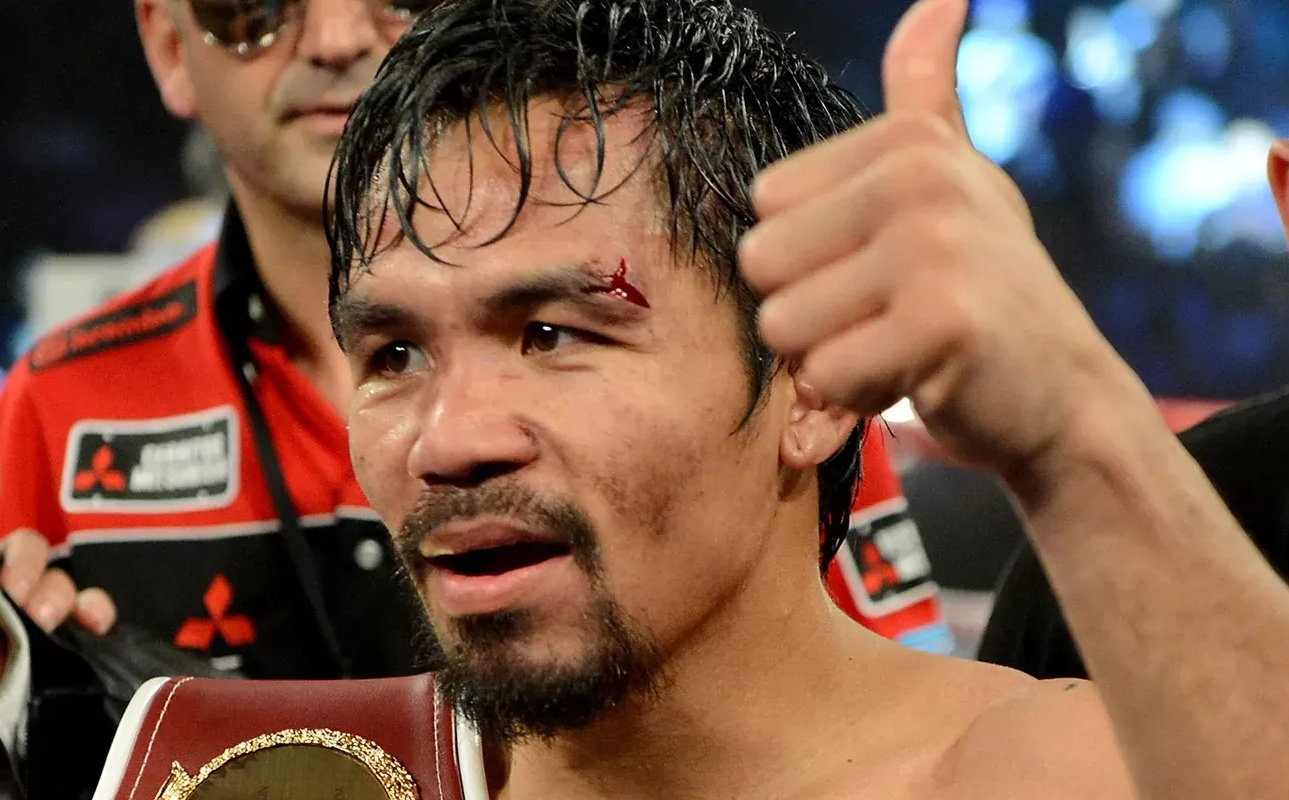 The 23-year-old shares what she’s learned from Pacquiao after watching his fights as a Filipino-American kid growing up in Los Angeles.

“I know it’s like the most common thing, but definitely inspired by Manny Pacquiao. Especially being a Filipino, there’s always a big family party watching his fights. I didn’t even know much about boxing, but it was just still cool to see him do what he does, and all that he does for the Filipino people as well,” said Buntan.

“I saw his work ethic and how he started literally from nothing to where he is now, it inspired me. It just made me realize that if you really love something and are passionate about something, you can just put your head down and put the work in, and you can achieve whatever you want. That’s one of the biggest things I’ve learned from just watching him train, his fights, and little snippets of his camps and whatnot.”

Buntan, was raised in the south bay of Los Angeles, in a completely Filipino household, says that although she’s lived in the United States her entire life, she definitely experienced the Filipino culture at home.

One of her career goals is to someday be able to compete in Manila, when the easing of COVID-19 restrictions makes it possible to do so.

“Both of my parents came from the Philippines, and my three older sisters were born there. I was the only one born in the United States,” said Buntan. 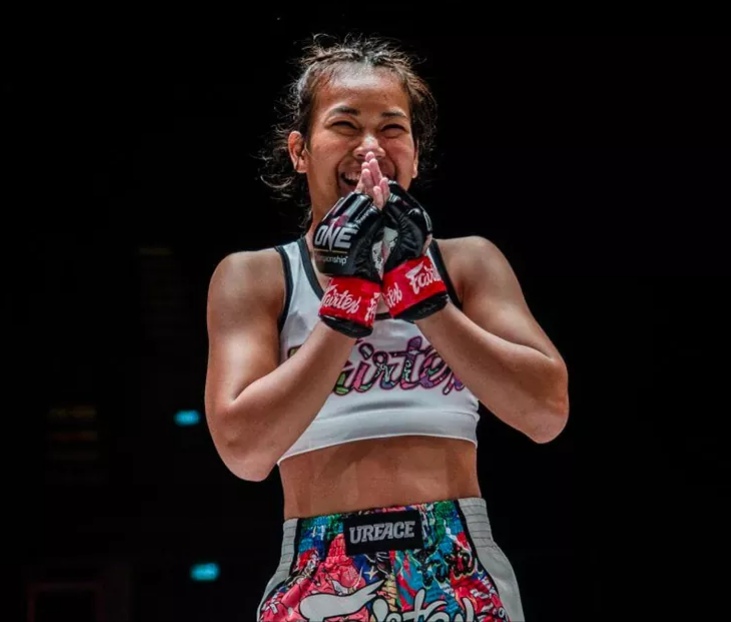 “I’ve never been to the Philippines before, but it’s definitely one of the things that excites me about joining ONE. When I told my family about ONE, the first thing they said was I needed to fight in the Philippines. I have so many relatives over there. It will be great to be able to fight in front of them for the first time, and have them see what I do.”

Though they are her biggest fans today, Buntan also says it took a while for her parents to warm up to the idea that she wanted to become a professional fighter.

“At first, my parents didn’t like it. I mean, no one wants to see their youngest daughter step inside the ring and get hit, though my mom was definitely more on board with it than my dad. My dad took a more old-school approach. He would have preferred me to compete in safer sports like tennis, swimming, and nothing with full contact. But he’s a big supporter now. It just took him a bit longer to jump into it until my later life as an adult,” said Buntan.

“Now they are so ecstatic and extremely proud of me because they know I’ve been chasing this for so long, and they know how dedicated I am to this sport and my training. They saw me coming to the gym every day. They know how serious I take it, and how passionate I am about it. So when I told them I was joining ONE Championship, they were just super proud of me.” 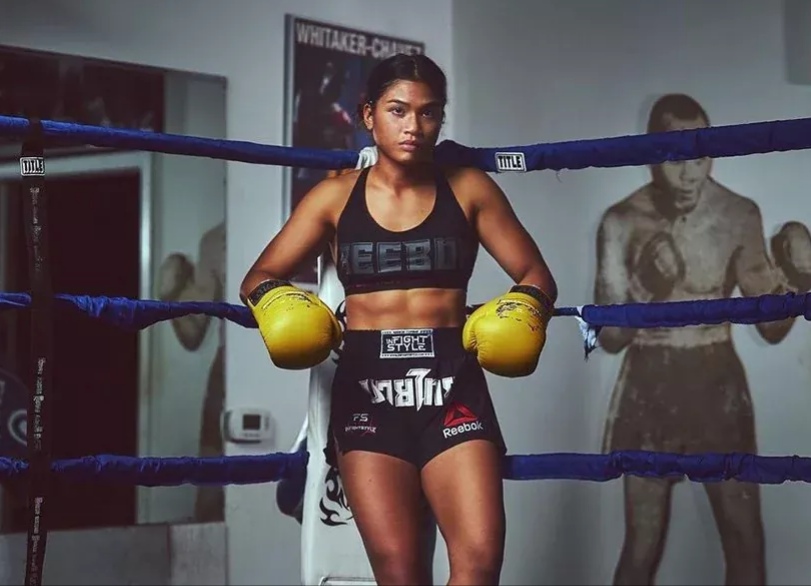