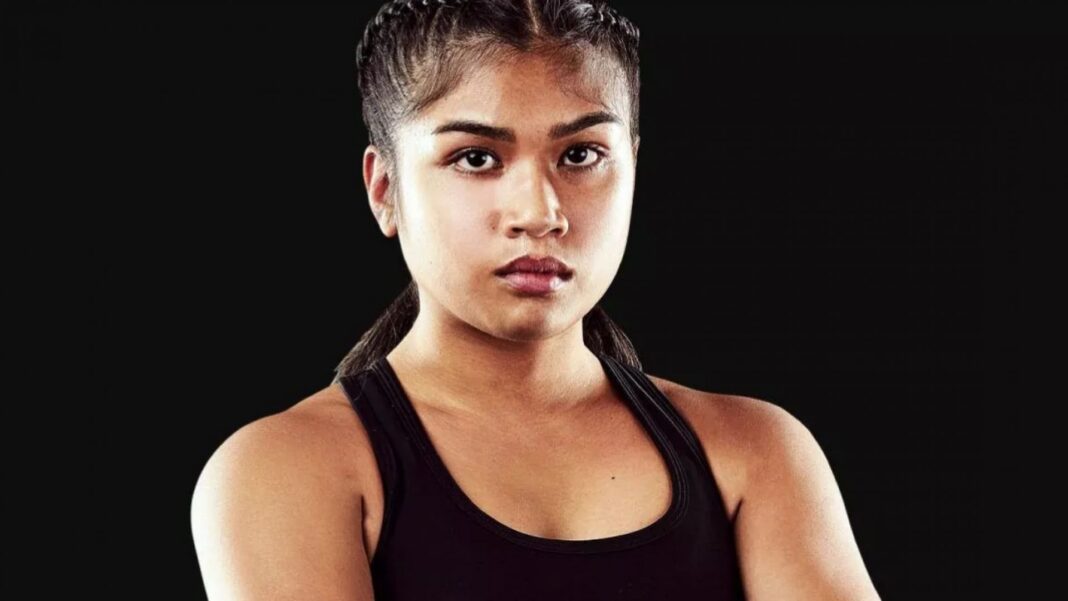 Filipina-American striker Jackie Buntan is ready to make her much-awaited ONE Championship debut at ONE: Fists of Fury on Friday, February 26, 2021 against Thailand’s Wondergirl Fairtex.

Hungry to make an impact in the Circle, Buntan says she has her eyes on the Muay Thai belt and is eagerly awaiting her shot.

Filipina-American striker Jackie Buntan is all ready to make her much-anticipated ONE Championship debut. The 23-year-old is set to join her teammate, ONE Atomweight Kickboxing World Champion Janet “JT” Todd, among the world’s greatest striking talents in ONE Super Series.

Buntan will face the highly-regarded Wondergirl Fairtex of Thailand at ONE: FISTS OF FURY, taking place live from the Singapore Indoor Stadium in Singapore on Friday, 26 February.

Following in Todd’s footsteps, Buntan has her sights firmly fixated on making a powerful impact in her promotional debut, and working her way eventually to ONE Championship gold.

“Ever since my training partner, Janet Todd, joined ONE Championship, it was pretty much on my radar,” said Buntan. “The end goal is, of course, to get that belt. Muay Thai is where my heart is at, but I did sign up for both Muay Thai and kickboxing. That Muay Thai belt is on my radar.”

Todd, who is Buntan’s chief sparring partner at Boxing Works in Los Angeles, California, where they both hone their skills under renowned coach Bryan Popejoy, joined ONE Super Series in 2019. She captured the ONE Atomweight Kickboxing World Title only a year into her stint in the world’s largest martial arts organization.

When Todd brought the ONE Championship belt back to the gym, Buntan came away inspired.

“It lit a huge fire in me,” said Buntan.

“When she won that belt, it was right before the lockdown, and at the time, I was supposed to make my debut. That just got me so pumped to make my debut and represent myself, my gym, my coaches, so that really lit a fire in me. Just seeing my friend, someone I’ve known for so long, who was able to achieve this, made me believe that I can achieve this as well.”

Buntan is excited to be on such a huge card, and says she’s talked to Todd and asked for her advice on her first time in the Circle.

“I haven’t asked her too much about it because we’re both in a camp and training. We’ll talk about different parts of fight camp, but most of it on a mental aspect,” said Buntan.

“She’s taught me to really just trust your training, your coaches, and yourself, that we’re ready for anything and that we’ve seen it all in training. We just have to have confidence to do what we do.”