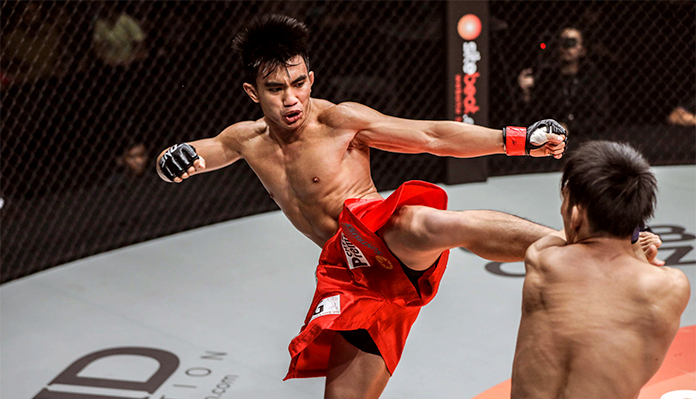 Reigning ONE Strawweight World Champion Joshua “The Passion” Pacio is ready to defend his title against Rene “The Challenger” Catalan at the Mall of Asia Arena in the Philippines on 8 November.

Both Filipino athletes will headline ONE: MASTERS OF FATE, and Pacio has already done his homework on “The Challenger.”

“Sir Rene [Catalan] has been doing this for a very long time, even before I started taking up the sport,” Pacio said.

“His greatest strength would be his wushu striking, and I would not consider his ground game to be his weakness as we have seen in his past bouts. In his tenure as a martial artist, he was able to develop his other skills, and that is why I have a huge level of respect for him.”

Pacio is adamant in looking for a decisive finish in his third title match this year. He knows that Catalan has the same intentions. After all, the 40-year-old is riding a six-bout winning streak and has waited a long time for this chance at the world title.

“I mentioned before in an interview that I want to take him out in the first three rounds,” Pacio said.

“It is something I am determined to accomplish, and I know that he plans to do the same. He has been working hard for this opportunity, and I am not willing to let go of this title.”

Team Lakay has been instrumental in Pacio’s growth as an athlete and as a human being. The team has instilled ethical values and taught Pacio everything he knows, eventually leading him to the golden strap. The only way Pacio knows how to give back is by winning his bout against Catalan.

“I will do everything I can to defend my title and show the world the fighting spirit of Team Lakay,” Pacio concluded.