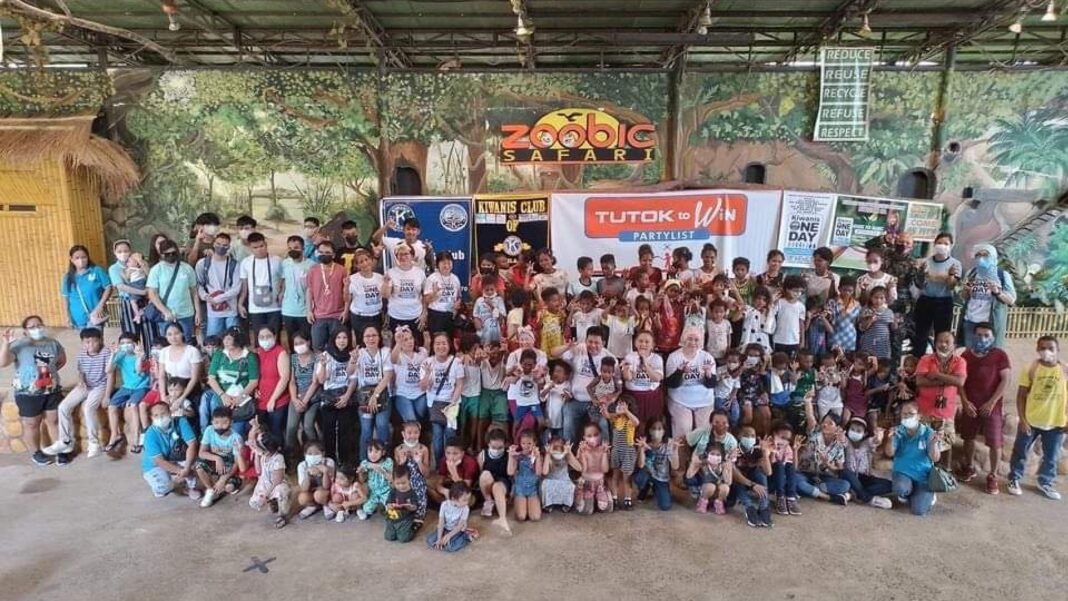 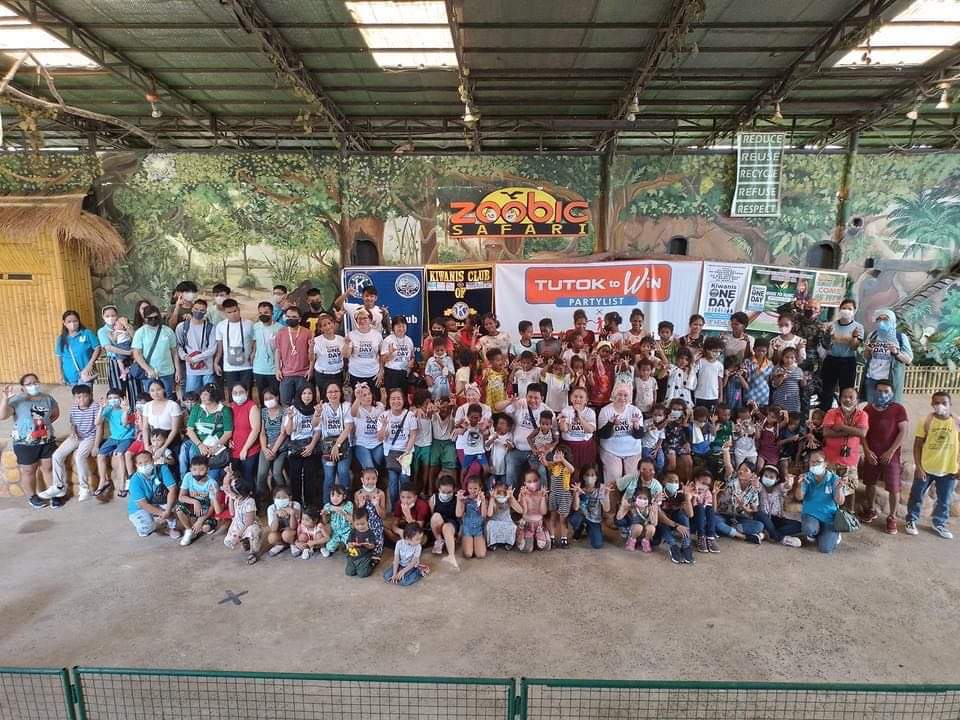 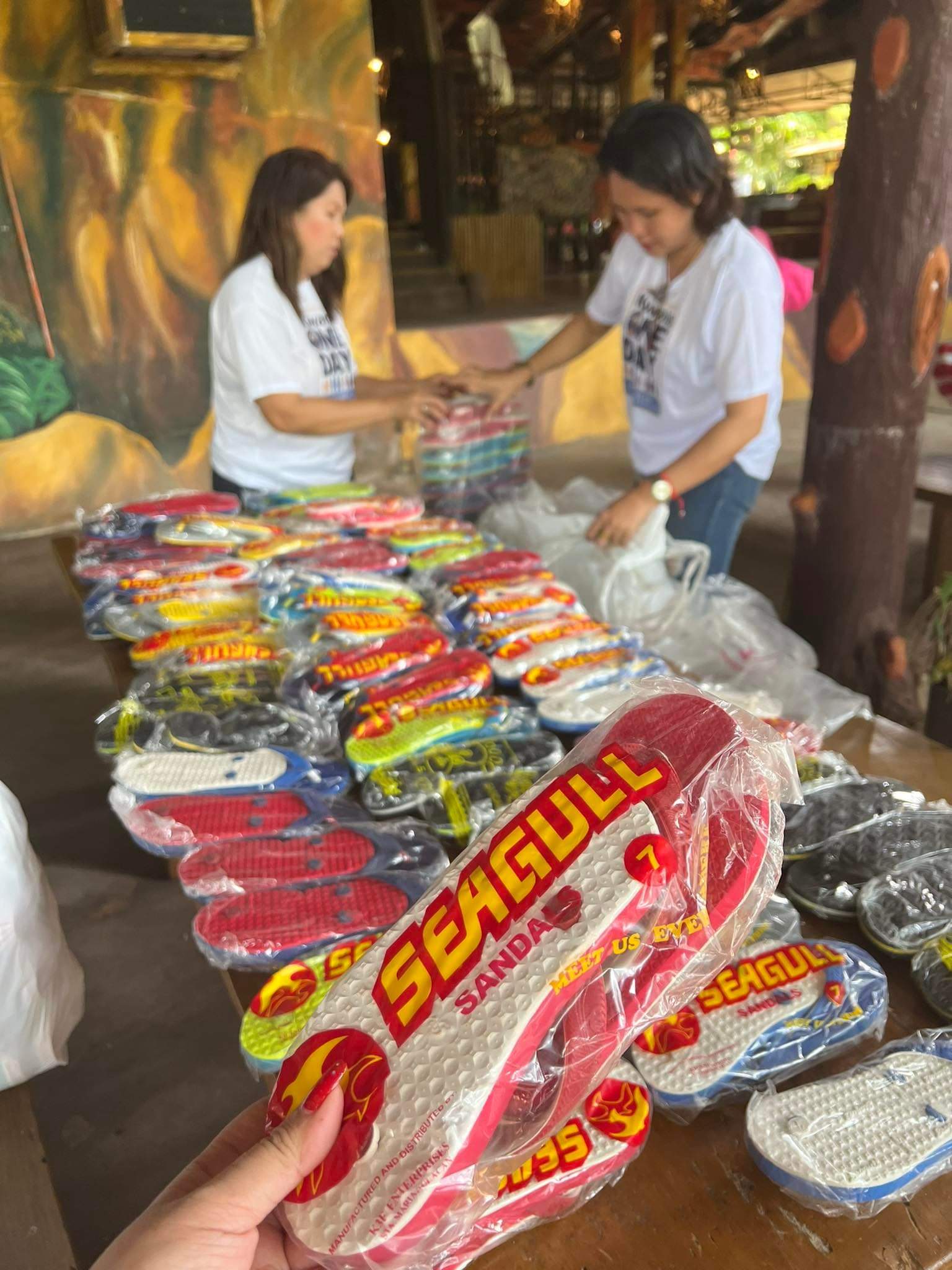 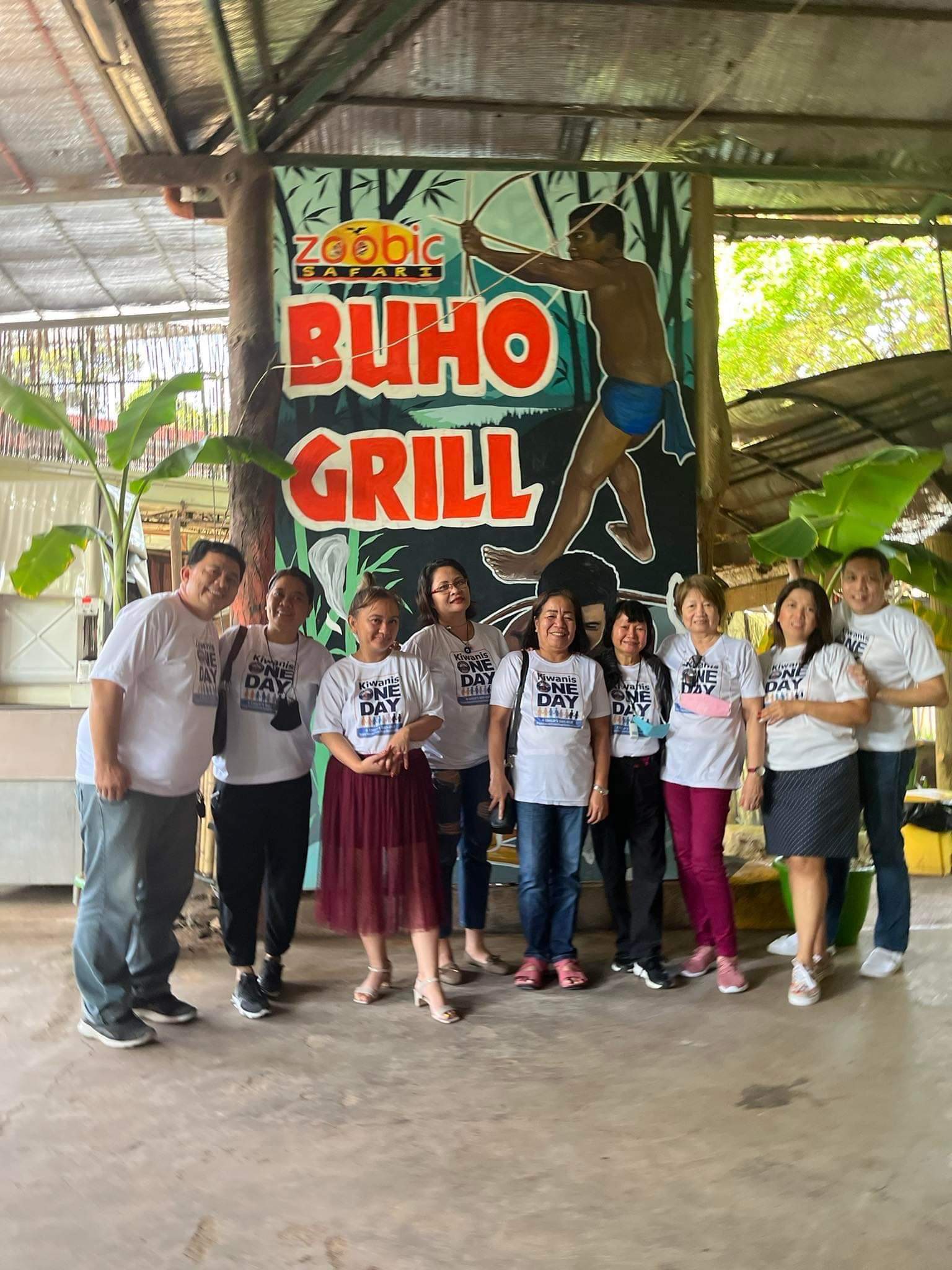 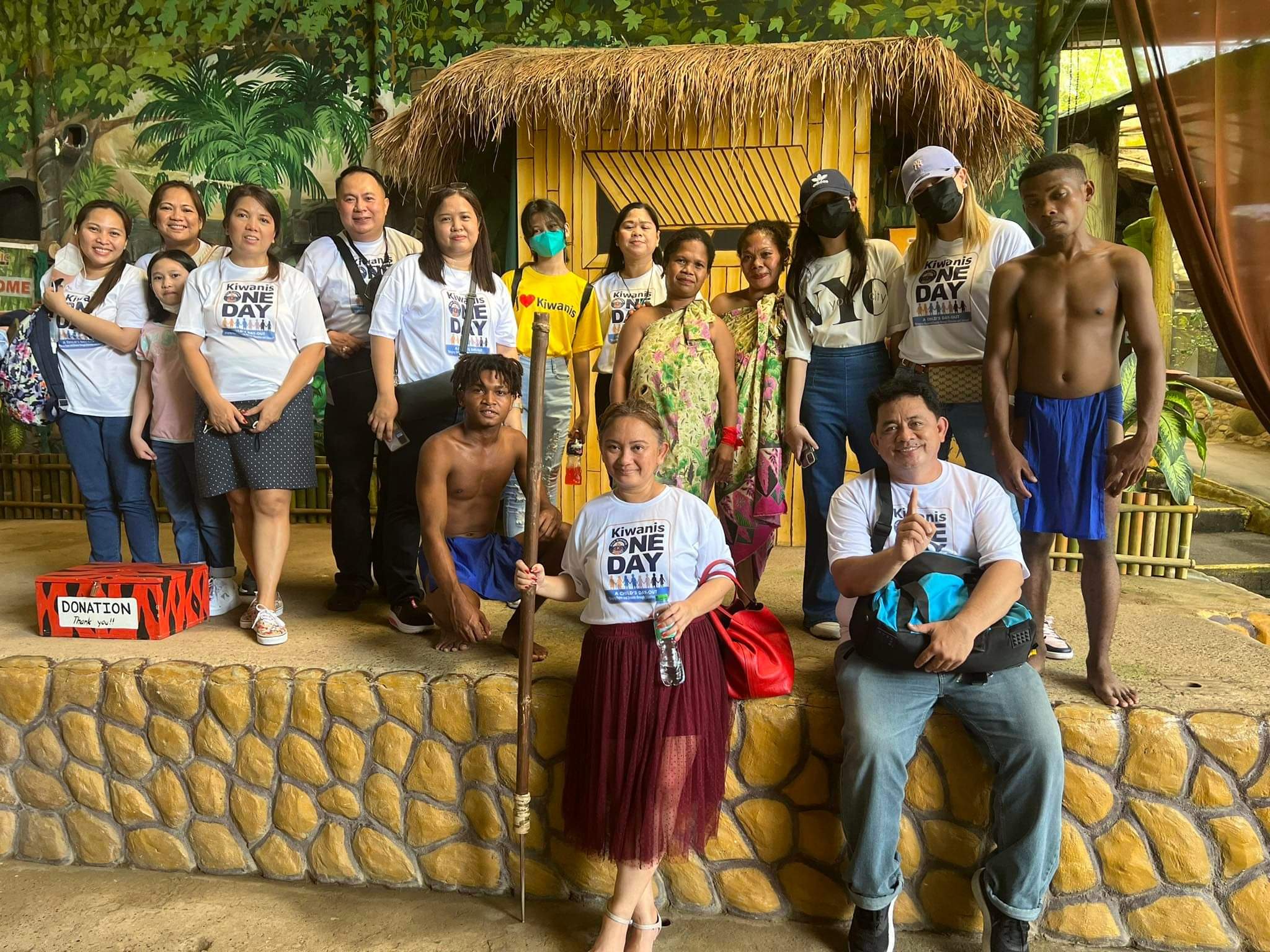 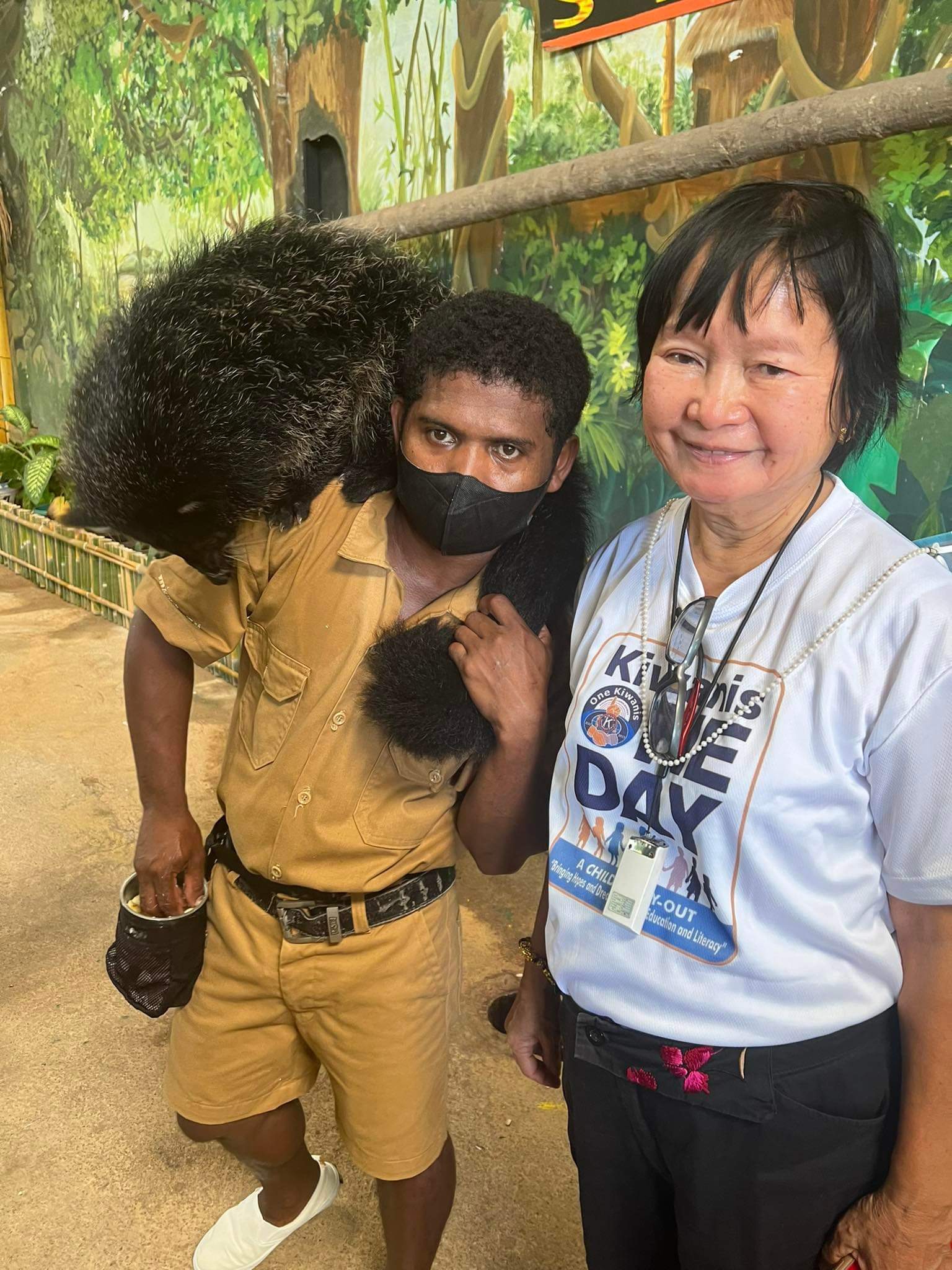 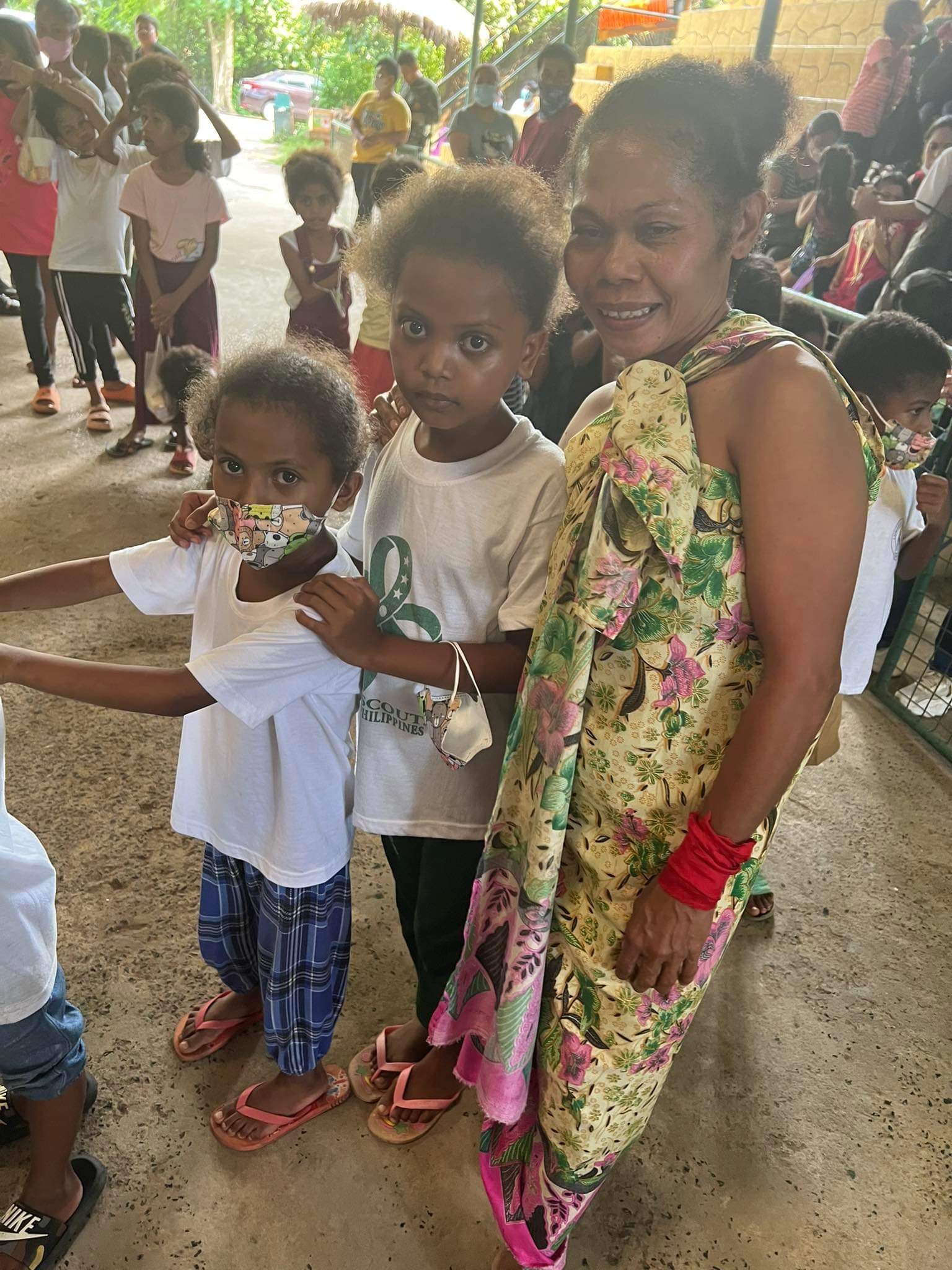 October 22, 2022 at Subic, Zambales, 100 indigenous Aetas children and 50 Persons with Disabilities (PWD) together of 30 of their guardians attended the different activities prepared by Kiwanis members from different Metro Manila Clubs who travelled for 3.5 hours just to be at Zoobic Safari, the venue of the yearly event.

As the volunteers to help the indigent children and persons with disabilities (PWD) from Niños Pag Asa Foundation prepared the different products to be given away to the children as gifts, the staffs of Zoobic Safari helped out also by measuring and packing the rice, putting the milk and slippers to the bag sponsored by Kiwanis Manila Bay club members.

•Medical Mission—headed by Dr. Rocaya Vanessa Sarangani Mangondato. The club of Kiwanis Club of McKinley provided Medicines and vitamins also. They weighed the children and performed the basic physical check up.

•Education—headed by May Gamir who was a Kiwanian from Makati and also the Chief Operations Officer of Zoomanity Group, the mother company of Zoobic Safari. They presented a group of Aetas who are performing in the Themed Park and entertained the children with different animals. The objective is to respect, to understand more the animals and to take care of them.

•Feeding Program-Kiwanis Club of Makati provided the delicious food for the children ordered in advance from the restaurant in Zoobic Safari.

One of the indigent Aeta kid competed in the contest and even cried while singing that touched the heart of the guests.

The different club members gave away more than Php 20K in prizes, all who participated on stage received cash prizes.

•Tour—After the whole program, the children with their guardian received a free tour around the theme park and even fed the animals.

The activity became more successful because of the support of these people, corporate companies and organizations:

Police officers and some members of Rotary also attended the event and assisted in any way possible. They too received gifts from Kiwanis.

Kiwanis International is a global community of clubs, members and partners dedicated to improving the lives of children one community at a time. Today, they stand with more than 550,000 members from K-Kids to Key Club to Kiwanis and many ages in between in 80 countries and geographic areas. Each community has different needs, and Kiwanis empowers members to pursue creative ways to serve the needs of children, such as fighting hunger, improving literacy and offering guidance. Kiwanis clubs host nearly 150,000 service projects each year.