Meet the Team behind the Air Jordan XXXVI 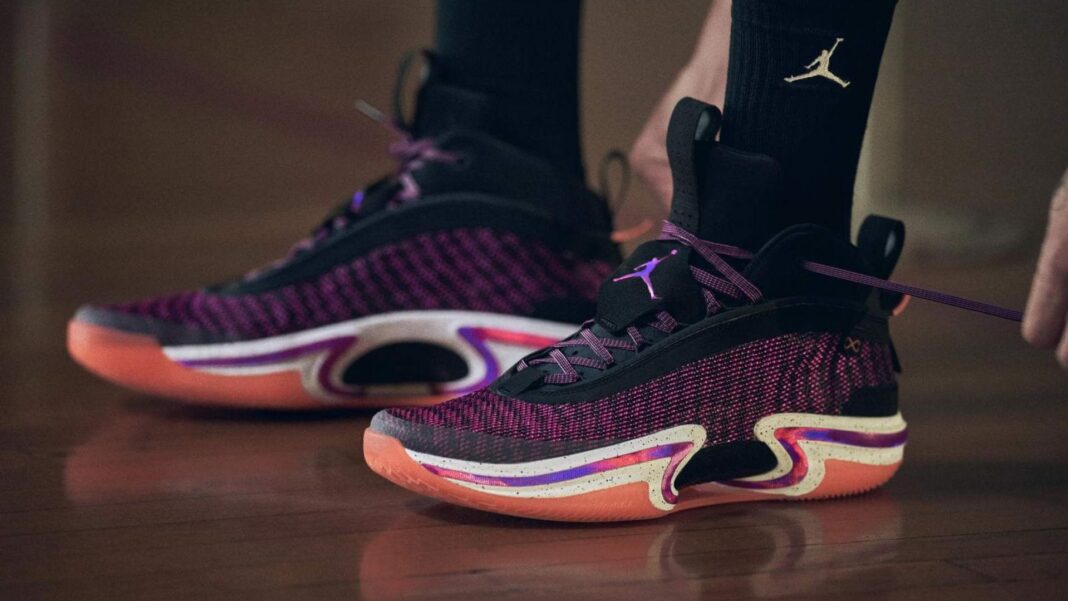 Meet the Team behind the Air Jordan XXXVI

By exploring three aspects of light, the Air Jordan XXXVI highlights the kind of collaborative work across Jordan Brand teams that leads the way for the next generation of players.

That muse unified teams of design specialists across the brand as they perfected the many definitions of the word. The Air Jordan XXXVI’s new features — a jacquard leno-weave upper, a full-length Zoom Air Strobel unit that’s double-stacked with a forefoot unit, a refined plate system — come from experts at Jordan Brand combining their specialties to make the best basketball shoe in the world.

“We want those who love the brand to see something that’s always been a part of our design legacy: the power of teamwork that goes on between a core group of folks to create product excellence,” says Martin Lotti, VP, Jordan Brand Design. “Jordan Brand is inspired by one man, but it’s carried into the future by many, many people who are experts in their field.”

By exploring three aspects of light, the Air Jordan XXXVI highlights the kind of collaborative work across Jordan Brand teams that leads the way for the next generation of players.

Leno-weave is a pattern of weaving that twists two warp yarns (“warp” is the lengthwise yarn) around the weft yarn (“weft” is the perpendicular yarn that move under-and-over the pattern). The resulting fabric is strong, lightweight, and adaptable to all kinds of shapes. 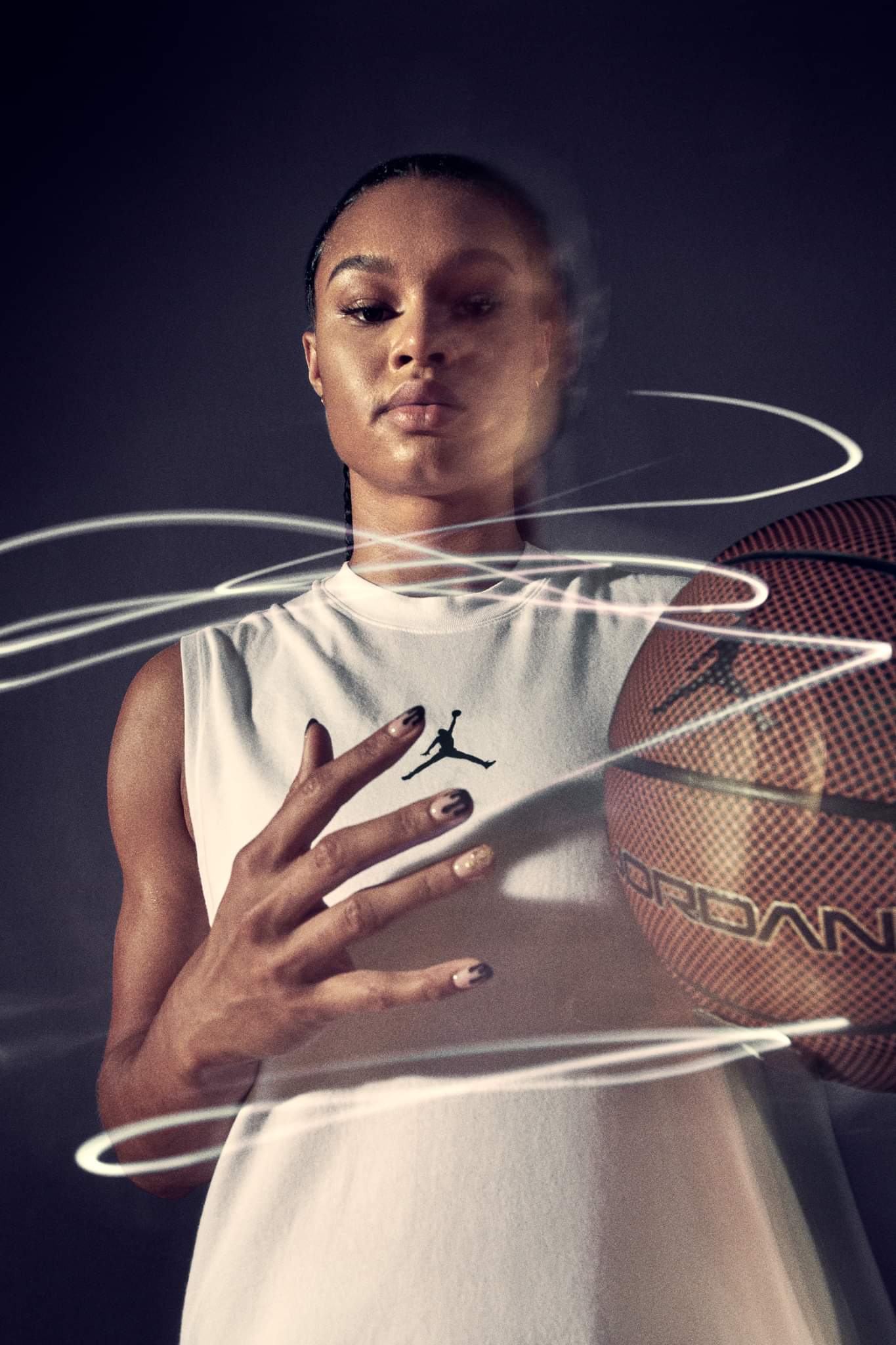 Not only does the material help make a lightweight shoe for playing, the breathable leno-weave presents a see-through aesthetic that allows light and colors to shine through.

“Within the basketball landscape, we wanted to create a new language for light,” says Jacqueline Lefferts, Jordan Brand Lead Materials Designer. “We asked ourselves, What does light look like? It’s a product of the upper’s weight, but it’s also a trait of the upper itself in that light is a defining quality.”

In basketball, lightweight on its own isn’t enough to create game-separating movement. Lightweight has to combine with a feeling or a sound — a pop that returns the force a player puts into the court.

The Air Jordan XXXVI cushioning set-up is the most Zoom Air coverage that Jordan Brand has put into a signature shoe. A full-length Zoom Air Strobel unit is stitched directly to the upper, sitting above another forefoot Zoom Air unit for an extra burst of responsiveness. The multi-directional traction pattern is the ideal base to initiate that quickness, change of direction and control. 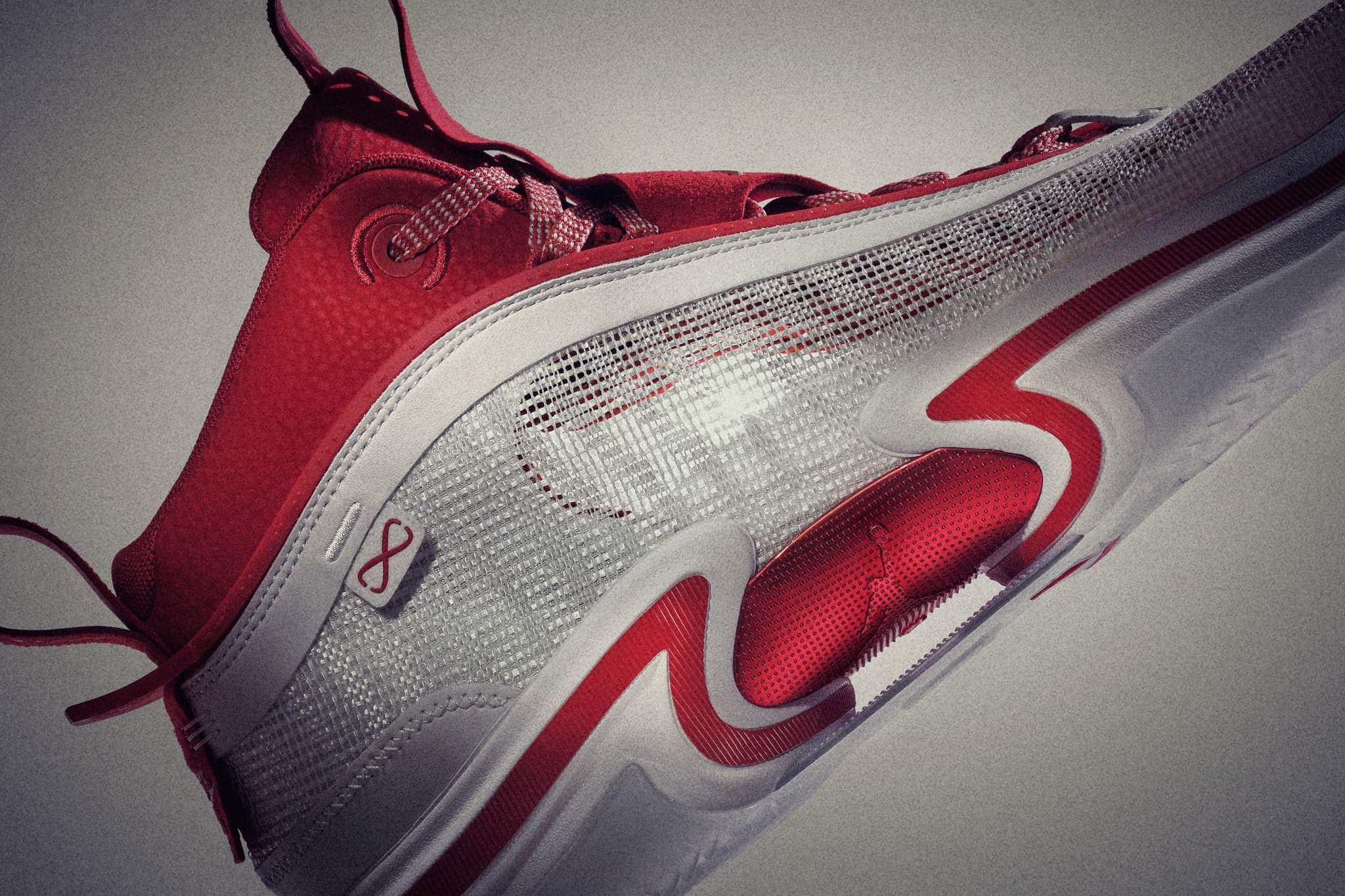 “One trend we noticed in the basketball market is how lightweight is typically described as a performance feature, which has been heavily marketed as ball handling and foot-to-court movement. All that is a fundamental part of the game, but the origins of the Jordan Brand were about tapping into the time off the floor, the hangtime, the flight,” says Chad Troyer, Jordan Brand Senior PLM. “In bringing in the Zoom Strobel and adding another Zoom unit beneath that, we were working toward that ‘pop’ for players so they can get of the floor quickly.”

The definition of “light” also relates to designing for the athleticism of Jordan Brand’s young roster. Players like Satou Sabally, Jayson Tatum, Kia Nurse, Luka Dončić and Zion Williamson are impossibly powerful and graceful at once, so they need game shoes that fit their athleticism, using every subtracted ounce of weight to their advantage. Even the sockliner of the Air Jordan XXXVI is perforated to remove weight and help the foot be in closer contact with the Zoom Air Strobel.

“The Jordan Brand Design team really did their thing,” says Satou Sabally, forward for the Dallas Wings. “The 36 is amazing. It’s super light. When you pick it up, you don’t just feel it — you see it. I knew from the minute I put it on that it’s going to be fun to play in.”

Filtered throughout the shoe’s design is Michael Jordan’s transcendent influence on basketball culture. The team shifted away from exposing the Zoom bags, a repeated trait from the Air Jordan XXXIV and XXXV, and enclosed them to connect a foam ribbon design through the midsole. The change was also meant to resemble an infinity symbol — you can trace the pattern across the midsole and never pick up your finger. The design still creates a functional kinetic system in the same way that Jordan Brand’s Flight Plate and Eclipse Plate did. That is, the heel helps protect against impact, while the force is loaded through the plate and launched into the forefoot. But the design was also meant to symbolize Michael Jordan’s infinite influence across the sport and beyond. 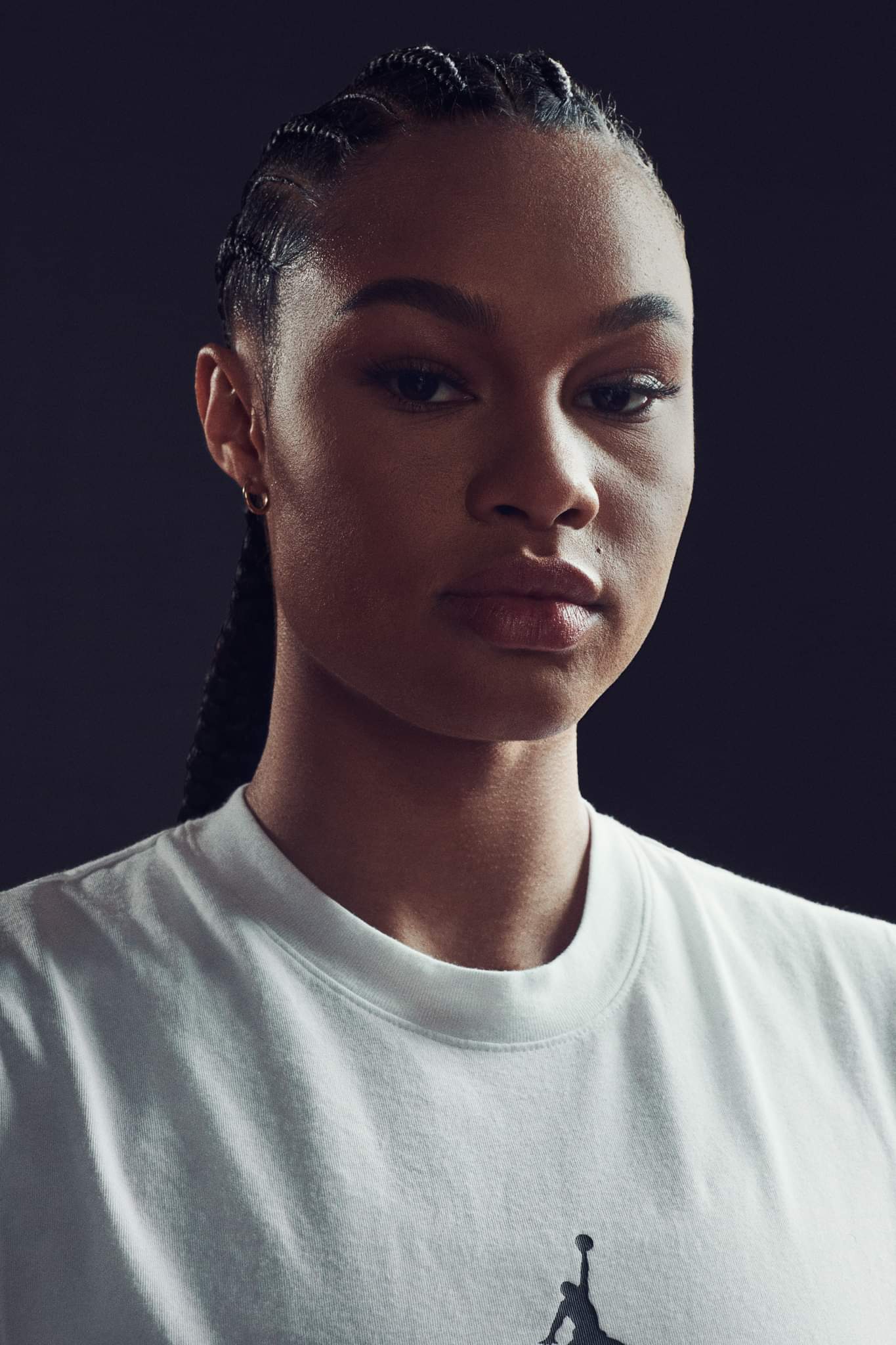 “We weren’t focused on exposing the bags anymore. We wanted to connect the ribbon and cover up the plate system,” says Tate Keurbis, Jordan Brand Footwear Designer. “In doing so, we brought in subtle details from the Air Jordan VI and created a tooling that conveys Michael’s lasting influence in worldwide culture.”

Other details are inspired by the silhouette’s muse in the line, the Air Jordan XI. A lace cover, cutouts on the outsole, and embellishments on the heel are tributes to the shoe in which Michael Jordan won his first title.