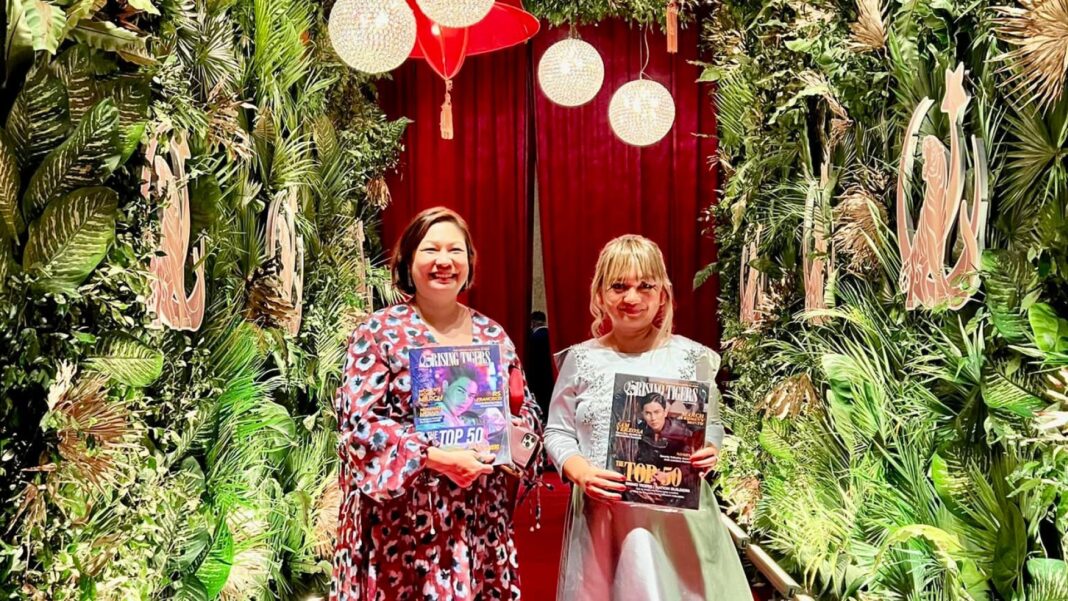 “We’re very excited!” said Ramos Padilla during the ceremonial turnover and recognition ceremonies at the Grand Hyatt Hotel at the Bonifacio Global City in Taguig.

National Book Store—with subsidiaries Anvil, Powerbooks, and Metrobooks—has been supplying the country with the widest array of affordable books, office, and school supplies, as well as office furniture for 75 years.

Rising Tigers Magazine was conceptualized to feature the latest in Asian and Philippine business and society, with 80% of its pages dedicated to business and 20% to society lifestyle, with a special focus on the success stories of veteran and emerging business icons and personalities that move and shake various industry sectors.

They are joined by Rising Tigers Magazine’s columnists Susan Afan of the Magsaysay Foundation and Elizabeth Timbol of the IELT Group with Karren Cernal of the Zoomanity Group as Editor-in-Chief.

Ramos Padilla, the heir to the massive book store fortune that grew from the rubles of the war, was joined by a veritable who’s who during the recognition ceremonies of the 50 Rising Tigers, Nation Builders who were handpicked to become the stars in the magazine’s fabulous first issues.

Miss Korea Carolyn Tan received her daughter’s plaque as one of the Rising Tigers honored during the ultra-chic event.