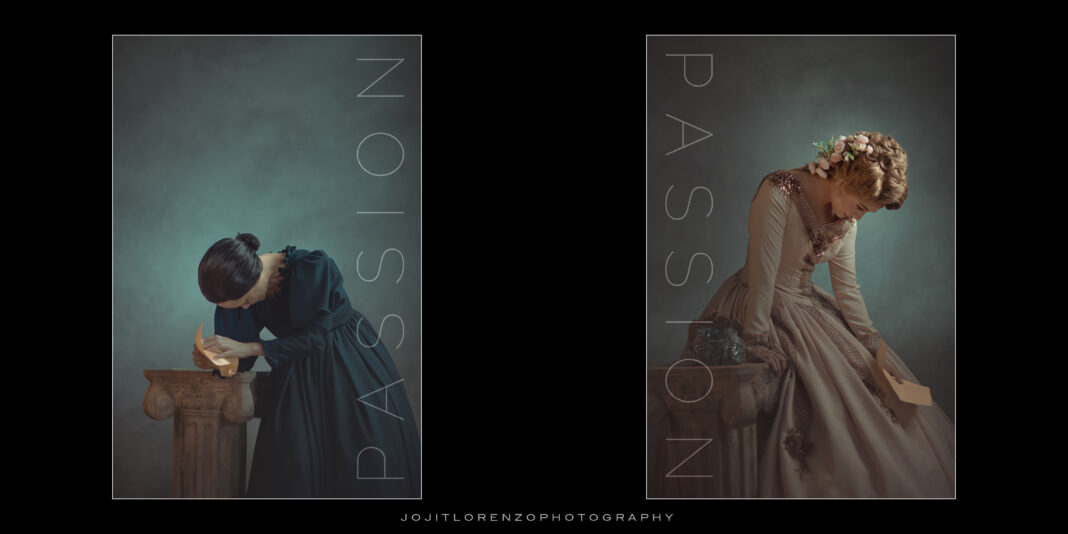 Passion, Stephen Sondheim’s 1994 Tony Award winner for Best Musical, offers adult viewers an opportunity to reevaluate the role of raw, unbridled passion in shaping what men and women, both new and experienced in the art and science of love, have learned to consider as a feeling, a need, and a force that can make or break careers, relationships, and futures.

Set in 1863 war-time Italy, the one-act chamber opera traces how the irresistibly young, virile, and good-looking army captain Giorgio Banchetti, convincingly played by Vien KING, transforms from a naïve partner to a conscious lover as he hurdles a series of adventures—not in the fields of exploding gunpowder and mortar, however, but in the bedrooms of two older and more mature women where sexual drive, energy, and desires run wild and burst free.

Giorgio’s adventures though are just as dangerous, perhaps even more, because his amorous liaisons with the married Clara, played by Jasmine FITZGERALD, who despite having borne a son is still every inch the insatiable goddess-temptress, is undercover; while his involvement with the plain and sickly Fosca, played by Sheila VALDERAMA-MARTINEZ whose looks and condition makes her believably obsessive and scheming having been denied of love in all its aspects, is official.

The graphic nature of these trysts, which provide the musical its key narrative milestones, mark Giorgio’s coming to terms with fact that love is something that the body doesn’t give in just because of carnal and animal desire, but something that is achieved by conscious choice, masterly machinations, and deliberately double-edged dialogues. Audiences would surely find these devious stratagems all too familiar and desperate, but common and real, even practical.

These strategies of passion push the story further to the edge of psychological sexual suspense if not through the balancing intervention of Sondheim’s music. The musical rise and fall, swirl and twirl, intermittent march and comedic quip, keep Giorgio’s feet grounded and his thoughts and moves calculated against the lure of Clara’s sensual and sexual stability and the trap of Fosca’s emotional and self-effacing instability.

There is no other way for Giorgio to go but to rise above the physicality of loving and desiring. Thus, despite being set in a distant and foreign milieu, and the unreality and irreality of feelings and conversations rendered in song, the relationships and their dynamics remain current and  contemporary so much so that the darkness is comic, the conservative is lurid, and the passion is pathetic: people would laugh because they are able to relate, quite guiltily, but with the same options as when looking at a mirror.

Passion is an opportunity to look at the self with such harsh and heartless openness and do something about our wayward feelings to keep our obsessions, desires, and feelings reined—because love, after all, is above all these.

It goes without saying to keep an eye on our protagonists’ powerful execution of their characters, but it would be noteworthy to note, too, how they express subtexts in dialogue through the nuances in their singing. And it wouldn’t hurt to keep track of how many costume changes the women protagonists were privileged to have—with period gowns deliberately toned down in color and complexity and made especially for this production produced with special arrangement with Music Theatre International New York.

The production, which runs for 105 minutes with no intermission, is accompanied by the live performance of the Philippine Opera Theater Orchestra under the baton of conductor and musical director Daniel Bartolome.

Passion is based on the 1981 Italian film Passione d’amore,

Passion is not “just another love story,” as Giorgio and Clara innocently sing at the show’s open. It’s a Sondheim work after all, with all the intelligence, complexity and exceptionally elegant agility with dialogue and music one would expect from the maestro.

Call TicketWorld at 8919999 or Philippine Opera Company at 0917-6452946 for showbuying, sponsorship, and fundraising opportunities.