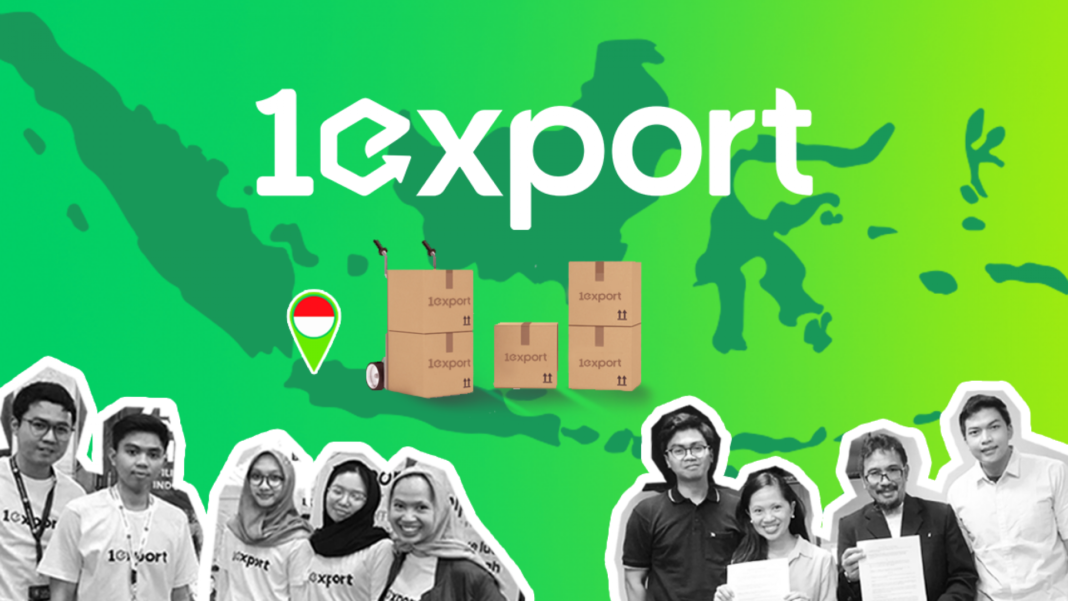 After only raising 860K USD, 1Export used the money to strengthen its core business, launch a logistics vertical, and expand its mission in Indonesia.

By replicating the same model they started in the Philippines, 1Export helps SMEs become compliant with the Indonesian market, find distributors, and ship products at a competitive rate. It has partnered with Envio, a digital logistics platform supporting local deliveries and warehousing across Indonesia.

To know more about 1Export’s expansion story,  READ on!

Many people think they need a huge amount of funding in order to open an office in another country. After only raising 860K USD, 1Export used that money to strengthen their core business, launch a logistics vertical, and open in Indonesia. The hope in the company was that if they were creative and madiskarte (street-smart) enough, they could enter Indonesia with the same 15K USD capital they started in the Philippines. And so they did.\

1Export is a one-stop, end-to-end platform helping Small and Medium Enterprises (SMEs) with their exporting needs, particularly focusing on aspects related to compliance, distribution, and logistics. Registered in 2016, 1Export has helped hundreds of SMEs export to 50 countries around the world, ranging from traditional distributors and retailers to online stores. 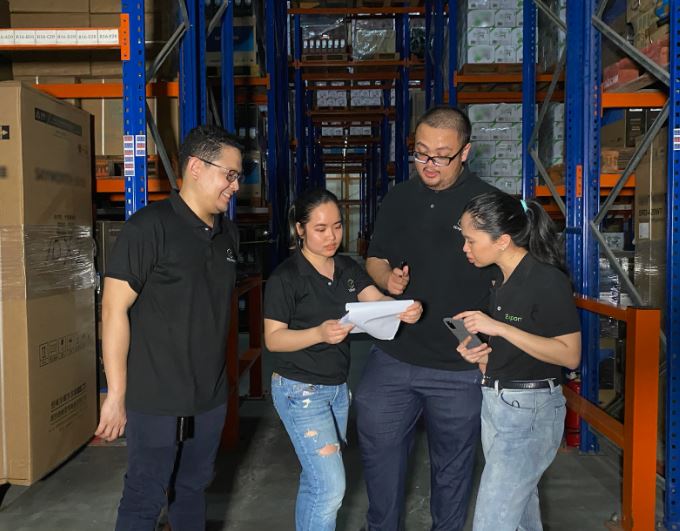 “We were able to achieve so much with so little. As we continue to raise more capital, just imagine how radically we will transform the cross-border trading and logistic space.” Daniel Remo, COO of 1Export says.

Not everyone thought it would be possible. “How is it possible to open in a country where you did not grow up in, or you do not even know the language?”, its founders were asked several times by investors and other business partners. But despite this usual apprehension, signs were becoming more apparent that the Indonesian market might be needing a service like 1Export. By late 2019, 1the company was invited to join Indonesia-based accelerator programs, one of which was the Gojek Xcelerate program where they even emerged as the winner. 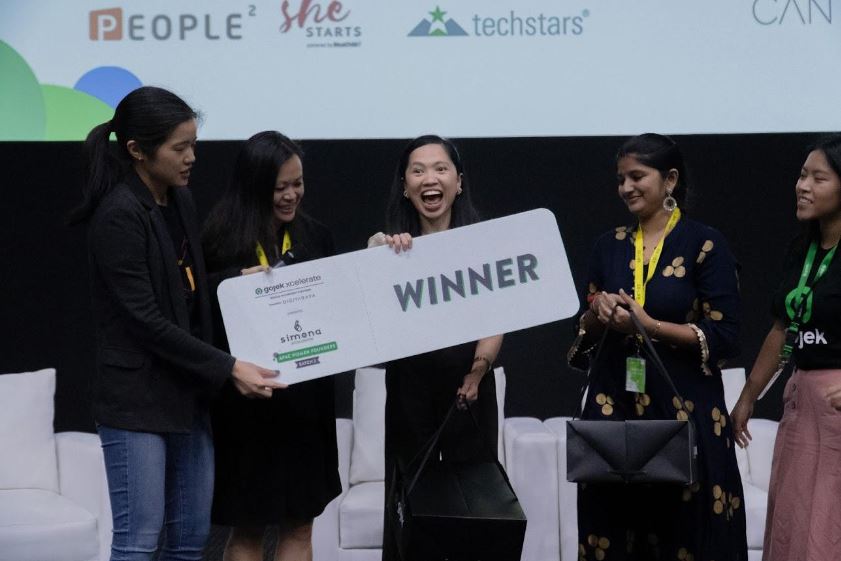 Melissa Nava, CEO of 1Export, during the awarding for Gojek Xcelerate program in Indonesia

In Gojek, 1Export co-founder Mel Nava realized just how big the gap was for Halal products in the Philippines. The cost of becoming Halal in the Philippines ranged anywhere from 5K USD to 10K USD, whereas in Indonesia, Halal certification only cost about 300 to 1K USD.

According to a survey by Bank DBS Indonesia, 90% of internet users in Indonesia have made purchases online which makes the country the largest market for e-commerce in Southeast Asia. The problem is that it is a market that is difficult to enter. Like the Philippines, a seller or SME would need to process basic compliance requirements such as BOPM (Badan Pengawas Obat dan Makanan), which is the equivalent of a Philippine FDA (Food and Drug Administration) before you can bring your goods to sell online or offline. Now with 1Export’s Indonesia office, Filipino companies can now bring their products to Indonesia without having to worry about the bureaucracy of processing the necessary compliances.

By replicating the same model they started in the Philippines, 1Export helps SMEs become compliant to the Indonesian market, find distributors, and ship products at a competitive rate. It has partnered with Envio, a digital logistics platform supporting local deliveries and warehousing across Indonesia.

In terms of bringing down the cost of Halal in the Philippines, 1Export has partnered with Muslim organizations in Indonesia. 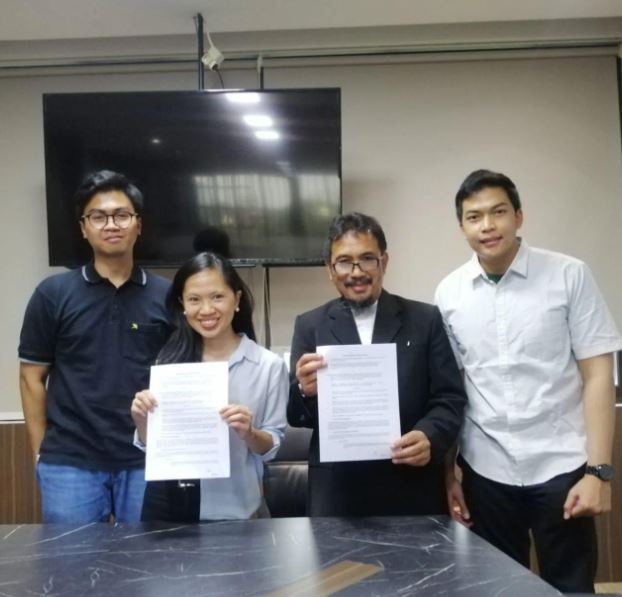 1Export also utilizes the existing distribution channels it already has in its infrastructure, benefitting Indonesian SME’s. It has currently partnered with marketplace enablers such as Aspenku and Katsitura, helping organize SMEs across different parts of Indonesia. 1Export’s tech offers all-around exporting services such as compliance documentation, product labeling, logistics, and intensive business matching, which helps local businesses identify which of their products fit certain markets and reduces exporting time and costs by up to 80%.

1Export’s entry to the Indonesian market is proof that Philippine startups are globally competitive and scalable. 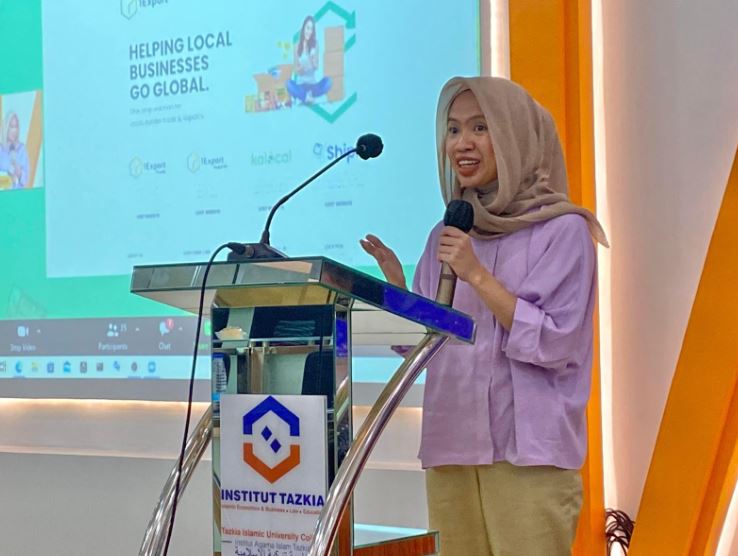 “Part of why we were able to open with very little money at the beginning was because there were already customers availing of our services as soon as we launched. The Philippines was a relatively challenging market to operate in. For us, if we solve the problems in the Philippines, we can also address the difficulties in more challenging markets.” Mel Nava, CEO of 1Export says.

Soon, Indonesian products will be available in over 900 Asian and mainstream market outlets and online stores. Compliance seminars for US and Saudi Arabia are being conducted on a regular basis in order for SMEs to understand the importance of shipping properly.

1 Export has also launched ShipIt, helping SMEs find cheaper and reliable shipping. With its fulfillment infrastructure in the USA and Singapore, ShipIt will support the booming Direct-to-Consumer (D2C) cross-border potential of Indonesian SMEs, the same way it is supporting Philippine SMEs. 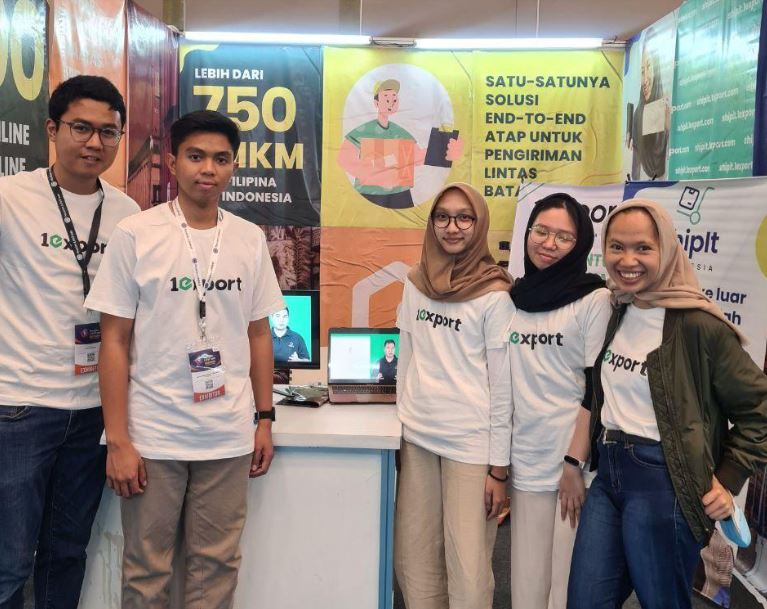 Driven by a team of young professionals, 1Export aims to be the one-stop platform of choice for cross-border trade and fulfillment services. 1Export is dedicated and fully committed to helping businesses export their products to new and exciting markets. Established in 2016, the company has provided efficient and innovative trade solutions to over 450 suppliers of Filipino goods—ranging from food to non-food products..

For more information about the company, please visit https://www.1export.com.