Should Eduard Folayang Ride Off into the Sunset? Veteran Journalists Weigh In 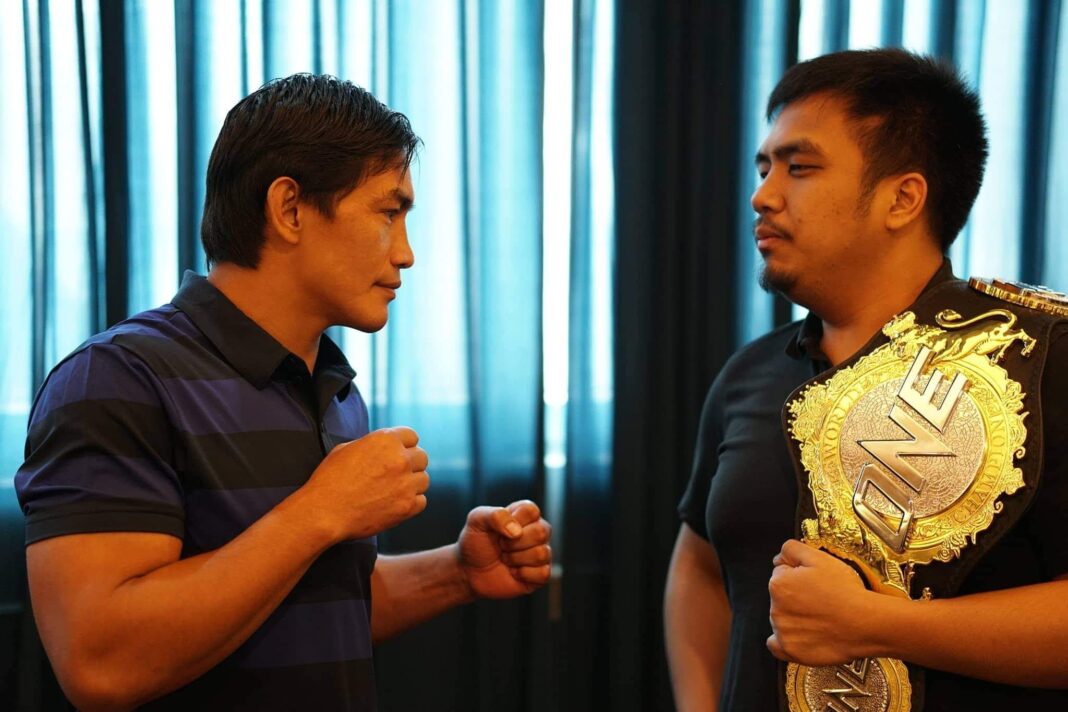 Should Eduard Folayang Ride Off into the Sunset? Veteran Journalists Weigh In

2-time former ONE Lightweight World Champion Eduard “Landslide” Folayang of the Philippines is a global martial arts superstar, and has been the face of Philippine mixed martial arts for years. His epic performances inside the ONE Circle have inspired many, and to this day, he continues to make a run toward a third title reign.

But having lost three of his last four contests, are Folayang’s best days behind him? Many fans and experts believe that Folayang should consider hanging up his gloves and riding off into the sunset.

The 36-year-old martial arts icon is currently in Singapore, making the final preparations for his next bout, a three round mixed martial arts contest against Australia’s Antonio “The Spartan” Caruso. The bout will take place at ONE: INSIDE THE MATRIX, scheduled for live global broadcast on Friday, 30 October from the Singapore Indoor Stadium in Singapore.

Three of the Philippines’ most well-respected fight scribes have weighed in on Folayang’s career moving forward.

Dennis Gasgonia of ABS CBN News believes Folayang should consider calling it a career, especially if he loses against Caruso, who is currently an unranked lightweight contender.

“The competition at lightweight is actually getting stiffer with new guys coming in. This diminishes Folayang’s chances of getting another title shot. But I know Folayang becoming champion again is something Filipino fans want to see,” said Gasgonia.

“I don’t know if it will still be doable at this stage of his game, but he needs to add to his unpredictability. Some of his opponents can already read his moves, making him vulnerable to getting knocked out. He should retire and think about his future if he loses against an unranked fighter.”

“This is do-or-die for Eduard Folayang, put it simply. There’s no denying that Folayang is up there in the years but for him to get back to the title picture that he’s always wanted, he should beat Anthony Caruso convincingly and a split decision won’t cut it,” said Lozada.

Folayang was already 32 years of age when he stopped Shinya Aoki in 2016. He captured the vacant lightweight belt against Amir Khan two years later. He nearly knocked out former UFC Lightweight Champion Eddie Alvarez last year before getting submitted.

Folayang has no doubt faced some of the top lightweights in the world over the course of his 13 year professional career. To suffer defeat at the hands of Caruso would be devastating, according to Lozada.

“Make no mistake, Folayang was one of the best lightweights of his era in ONE Championship instilling fear with his devastating striking. But age has ultimately caught up to him and he went 1-3 in his past four fights, which did significant damage to his notoriety. Folayang hasn’t had a stoppage victory since his win against Shinya Aoki when he claimed the lightweight title and that was the fight that people say was the best version of the ‘Landslide,’ when he just absolutely brutalized the Japanese legend,” Lozada added.

“Folayang still has the champion’s mentality and that will be his biggest strength against the faster and more athletic stars of the division. He still has power, he nearly knocked Eddie Alvarez out, but as nature intended his speed has also come down with age. He said that the fight against Caruso is a new start and he needs to string three or four wins to get back to the title race.”

According to JM Siasat of GMA News, who has a very close relationship with Folayang, the Team Lakay veteran still has much to offer the sport.

“I think Eduard Folayang, at this point in his career, is at a crossroads. His performance against Antonio Caruso will dictate whether or not he is still capable of entering the world title picture,” said Siasat.

“Yes he lost three of his last four fights. But if we go back and analyze those fights, they were very close and could have gone either way. They weren’t career-ending losses. All things considered, Folayang has performed very well recently, despite the losses.”

Siasat believes Folayang did very well against third-ranked lightweight Pieter Buist, in particular, which he lost via close split decision, and also against Amarsanaa Tsogookhuu, a bout which ended in a technical decision victory for the Filipino due to injury.

“It was Chatri [Sityodtong] who even said he saw Folayang outclass Eddie Alvarez before making a mistake. Like I said, his recent losses weren’t career-ending. They were very close fights. Do I think he should retire if he loses to Caruso? I think Eduard Folayang, at 36 years old, still has a lot left in the tank,” said Siasat.

“Just because Caruso is unranked, doesn’t mean he is an unworthy opponent. He’s still dangerous. However, if he does lose this next fight, it will tell us that he is no longer a world title caliber athlete. Now, that could be a reason to retire, but it doesn’t mean he can no longer fight. At 36 years old, he can still fight. But is he the same fighter he was when he defeated Shinya Aoki in Singapore in 2016? No he’s not. He’s aging. No matter what sport you belong to, nobody ever beats Father Time.”

Folayang returns to action on Friday, 30 October at ONE: INSIDE THE MATRIX. The event features four World Title matchups for a total of six compelling martial arts contests.

Two-division ONE World Champion Aung La N Sang defends his ONE Middleweight World Title against the undefeated Reinier De Ridder in the main event, while ONE Lightweight World Champion Christian Lee takes on number-one contender Iuri Lapicus in a battle between fierce finishers in the co-main event.

Siasat, for one, thinks Folayang is still a force to be reckoned with at lightweight, regardless of how many fights he’s lost in recent times.

“The crossroads comes with the decision to continue. Do you decide to continue knowing you no longer have the ability to compete for a world title? At the end of the day, fighting is his livelihood. Win or lose, he can still continue to fight. It’s just a matter of determining now if he’s still a legit world title contender,” Siasat concluded.

“Then again, if Folayang puts in a statement making victory against Caruso, and we see a vintage performance, just maybe he can get back into world title contention. If he dominates this fight and wins it convincingly, he can break the top 5 rankings again. If he loses badly against Caruso, then retirement is an option.”