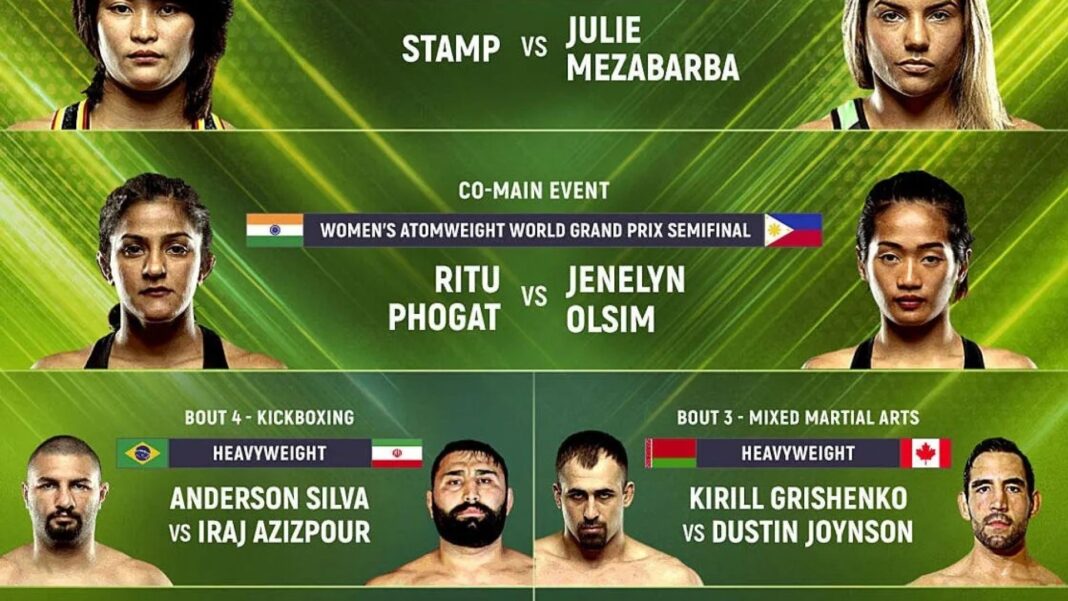 25 October 2021 – Singapore: ONE Championship™ (ONE) today announced multiple changes to the upcoming ONE: NEXTGEN card, which broadcasts live from the Singapore Indoor Stadium this Friday, 29 October.

Jenelyn Olsim, who was originally scheduled to face Jihin Radzuan in a World Grand Prix alternate bout at ONE: NEXTGEN II, steps in to face Phogat.

Kryklia and Hirata were both forced to withdraw from their bouts due to undisclosed medical issues.

Stamp Fairtex vs. Julie Mezabarba, the other World Grand Prix semifinal, will now serve as the main event for ONE: NEXTGEN.

To watch the event, check your local listings for the global broadcast to over 150 countries or tune in via ONE Championship’s YouTube channel or the ONE Super App (some regions excluded).

ONE produces and distributes world-class events across more than 150 countries, featuring martial artists and World Champions from over 80 nations and all styles of martial arts including MMA, Muay Thai, and kickboxing. ONE can be viewed on many of the largest global free-to-air and digital broadcasters, including Star Sports, Beijing TV, iQIYI, TV5, Turner Sports, SCTV, Startimes, Thairath TV, Skynet, Mediacorp, Great Sports, Spark Sport, Match TV, Dubai Sports, and more.