Team Lakay’s Gina Iniong: “I Am The More Well-Rounded Fighter” 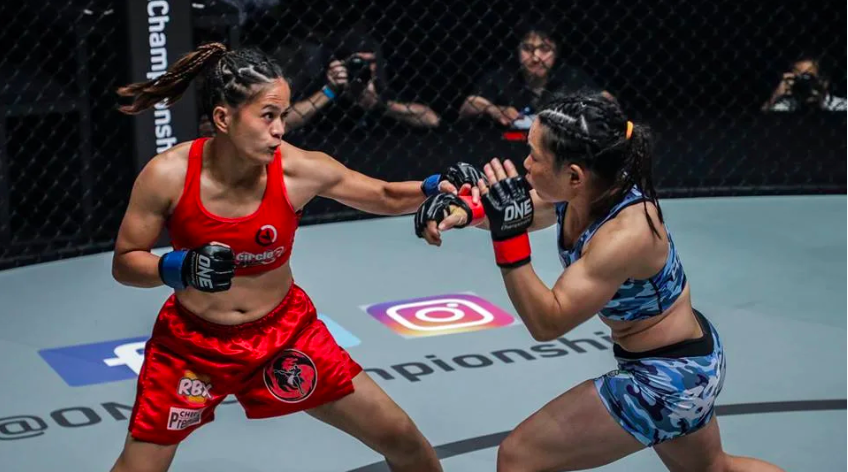 Team Lakay’s Gina Iniong: “I Am The More Well-Rounded Fighter”

As Gina Iniong enters her third year with ONE Championship, she is focused on making the most of each opportunity presented to her.

That starts again at ONE: FIRE & FURY with a match against Asha Roka from the Mall of Asia Arena in Manila, Philippines.

Iniong picked up her fourth victory competing for ONE last February, earning a hard-fought split decision over Jihin Radzuan at ONE: CLASH OF LEGENDS. She is 4-2 overall with the promotion and 8-4 in her career.

“Everyone wants to be a World Champion,” Iniong said. “We will get there eventually, but right now, this next fight is the most important to me.”

There has been no easy tests for “Conviction” during her time with ONE, as the Baguio City native and Team Lakay-trained athlete has squared off with the likes of former ONE World Title challengers Istela Nunes, Jenny Huang, and Mei Yamaguchi.

While Yamaguchi got the better of her when they last met in 2017, Iniong does hold a 2014 victory over the Japanese standout.

“I have never thought about how many fights I need left before I get a title shot,” she said. “I am just focused on always getting that victory against whoever they put in front of me. I just want to showcase my best and win.”

Regardless of all that, the focus for Iniong is squarely on Roka and what she presents. Roka is 4-1 and coming off a loss to two-sport ONE World Champion Stamp Fairtex last August in her ONE debut.

“Right now, the only thing on my mind is beating Asha Roka,” she said. “That is what I am training for. I will take things one fight at a time. I believe in my abilities and trust in my team. Whatever opportunities come after, I will take it.

“Asha Roka is a striker who has very good boxing. I think her weakness may be in her ground game. I think I am the more well-rounded fighter. That is the difference between us.”

This will mark the first appearance back in her home country since besting Huang in 2018 at ONE: HEROES OF HONOR.

“I am excited to climb the ring for ONE Championship again, and even more so that this event is in Manila,” Iniong said. “I want to make the Filipino fans proud again so I am looking to give a good performance.”