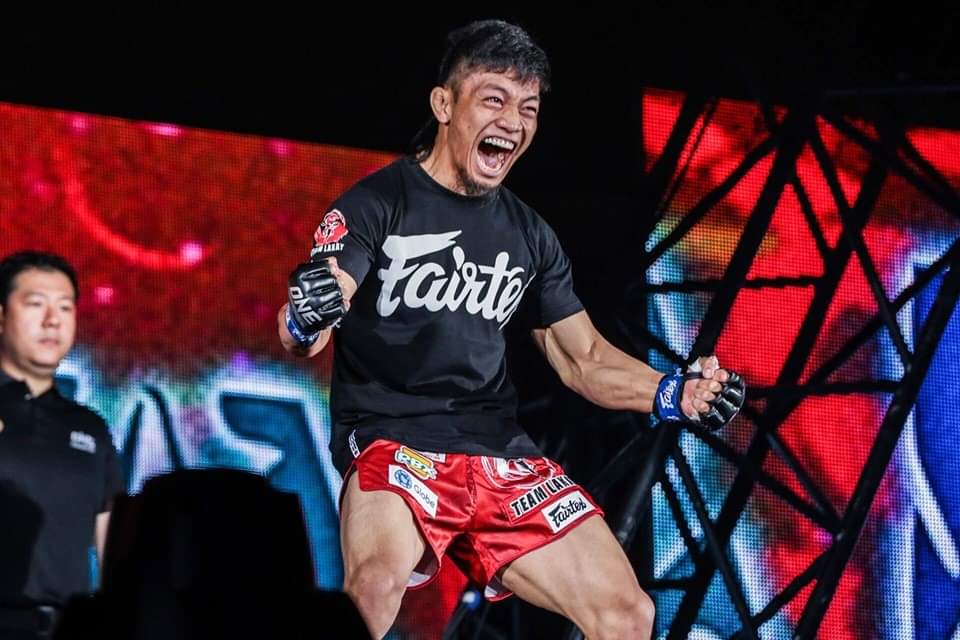 Flipino mixed martial arts phenom and ONE Championship strawweight Lito “Thunder Kid” Adiwang started his martial arts career as a boxer, so it is hardly surprising that the 27-year-old firecracker is such a huge fan of the sport of pugilism.

Like many boxing fans over the weekend, Adiwang witnessed the blockbuster lightweight unification showdown between WBA and WBO World Lightweight Champion Vasiliy Lomachenko of the Ukraine and undefeated IBF World Lightweight World Champion Teofimo “The Takeover” Lopez of the United States.

Lopez ended up scoring a wide unanimous decision over the 3-1 favorite Lomachenko, unifying three of the lightweight alphabet titles. More importantly, Lopez absolutely shocked the world, as virtually no one predicted he would be able to outbox one of the most technically gifted boxers of this generation.

It was a weird fight to say the least, as fans witnessed a timid Lomachenko for the first seven rounds before the Ukrainian fighter upped the activity late. As a result, Lopez had put many of the early rounds in the bank, and cruised to victory on the back of three wide point margins, tallying scores of 117-111, 119-109, and 116-112.

Adiwang, just like everyone else, was surprised by what he had witnessed but agreed with the judges. As a fighter, however, Adiwang understood exactly what Lomachenko was trying to do. The Team Lakay stalwart offered his take on the fight.

“I respect the judges’ decision. I love Lomachenko’s boxing style and skills. He had his dominant rounds in this fight, but honestly, I think Lomachenko did throw a lot of rounds and Lopez was clever enough to capitalize on it, especially earning a lot of points while Lomachenko wasn’t active. I have to agree with the decision on this one,” said Adiwang.

“Lomachenko had a great strategy, which was to let Lopez tire in the early rounds and pick up the activity in the later rounds. Lopez is a naturally bigger fighter, so letting him spend his power and energy was a smart tactic. He would have eventually slowed down. Where Lomachenko made a mistake was that he gave up too many of the early rounds, started way too late, and as a result, Lopez got the victory.”

Lomachenko certainly wants to run this one back. However, there is no rematch clause in the Lopez contract, so he may have a hard time securing a second date with his young undefeated rival.

To make matters worse for Lomachenko, Lopez has already set his sights on WBC World Lightweight Champion Devin Haney. A Lopez-Haney showdown would crown the undisputed lightweight champion of the world.

If it were up to Adiwang though, he would have Lomachenko and Lopez do it all over again, if only to see how both men approach the rematch differently.

“Four rounds would have been enough for Lomachenko. If he started going to work from the fifth round, this would have been a different story. But the way it played out, Lopez took rounds until the seventh, and Lomachenko had a hard time catching up on the scorecards. It was an uphill battle from there,” said Adiwang.

“I think a rematch is in order. Honestly, I enjoyed the fight but it wasn’t the outcome I expected. I am hoping for a rematch because I know it’s going to be even more exciting and dramatic than the first. Now that they have both tasted each other’s skills and power, I am excited to see what adjustments each man makes in the rematch.”