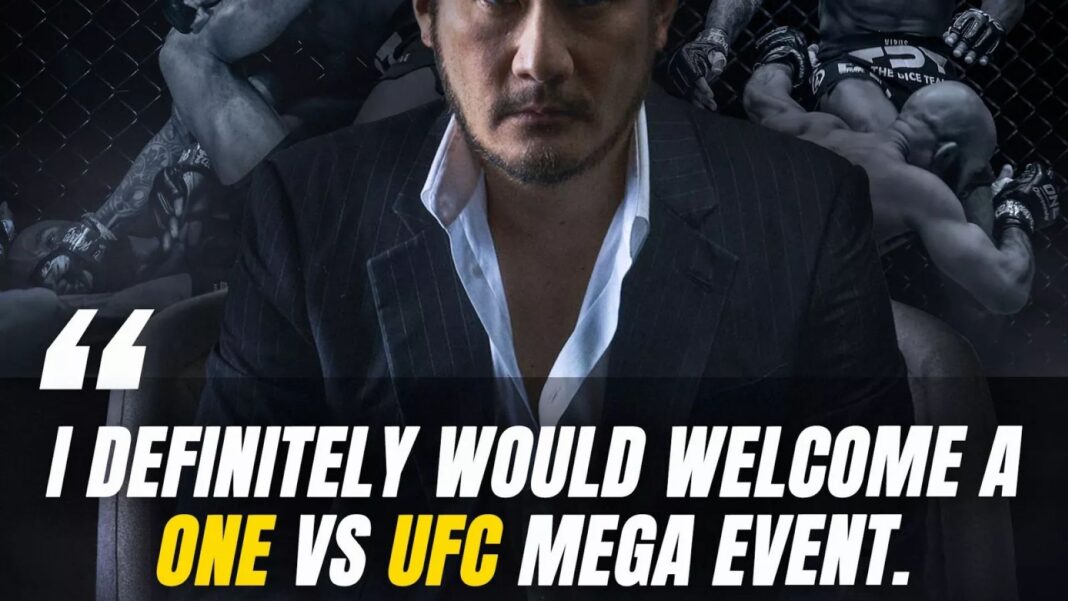 For a long time, there has been sustained interest from hardcore and casual MMA fans to have a UFC vs. ONE Championship clash. For ONE CEO Chatri Sityodtong, it only makes sense for the two biggest MMA promotions from both sides of the world to have one mega event.

Sityodtong says he is confident that ONE Championship athletes will not only hold their own against UFC fighters, but will dominate and win.

It is very rare that two global mixed martial arts promotions would work together to co-promote a mega event pitting fighters from both sides against each other. In fact, it has only happened a handful of times in the sport’s history, despite massive interest from hardcore and casual fans alike.

But ONE Championship Chairman and CEO Chatri Sityodtong has long campaigned for the idea, and wants to put his martial arts heroes up against the UFC’s best fighters.

Sityodtong said: “I would definitely welcome a ONE vs UFC mega event.”

In a follow-up tweet later on, ONE Championship would then tag UFC President Dana White, issuing the challenge. The tweet read: “Who wants it? Trophy @yodchatri @danawhite @ufc #WeAreONE #ONEChampionship #ONEVsUFC.”

The UFC is the largest mixed martial arts promotion in North America, while ONE Championship is its equivalent in Asia, so it checks off all the boxes both from a competition and business standpoint.

Sityodtong has said for years that a clash between the two largest martial arts organizations from both sides of the world makes absolute sense. In fact, he believes ONE Championship athletes would not only give UFC fighters a run for their money, but that they would dominate and win.

“UFC vs. ONE Championship I think would be phenomenal. I think the whole entire world would watch it. And I’d love to see world champions vs. world champions. So definitely, for sure, I’m open to it.”

It has also become incredibly clear that ONE Championship’s elite roster of martial artists has been greatly underestimated. The organization’s list of more than 500 fighters, including world champions from various martial arts disciplines, is packed with killers across all weight divisions.

While former UFC stars like Arjan Bhullar and John Lineker have done well in ONE, the fact remains that most UFC fighters who have joined ONE since 2018 have struggled. A handful have lost by stoppage, and nearly all of them have lost at least once overall.

This includes setbacks for Yushin Okami and Yoshihiro Akiyama, as well as Sage Northcutt’s debilitating knockout loss to Cosmo Alexandre in 2019.

One thing is for certain, a UFC vs. ONE showdown is an absolutely enticing prospect that should be explored.