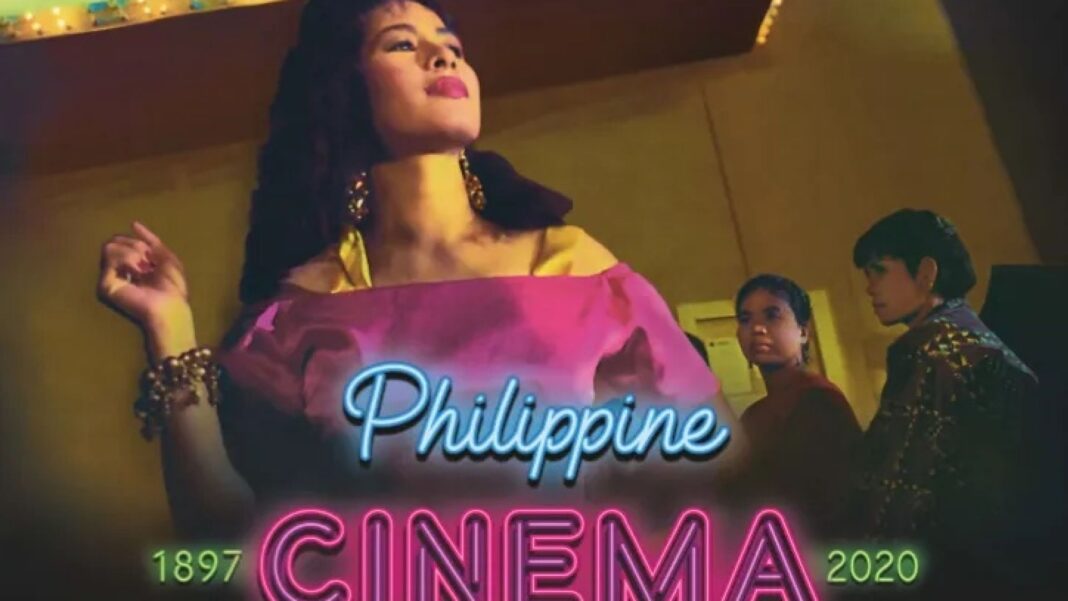 Vibal Foundation recently launched Philippine Cinema, 1897-2020—a lavishly illustrated art book that not only provides an in-depth retrospective of over a hundred years of Philippine cinema, but also simultaneously traces its history, genres, narratives, tropes, and lore while subjecting its rich filmography to critique and film theory.

The book tracks Philippine cinematic beginnings as a technological marvel and its many turns up to the twenty-first century as it blindly accepted, appropriated, indigenized, and even attacked Western conventions through intentionally wicked but hilarious parodies.

Written by Gaspar Vibal and Dennis Villegas and edited by film educator, curator, and archivist Teddy Co, Philippine Cinema, 1897-2020 boldly looks at the seamier side of the film industry with its unblinking examination of DVD plenitude and piracy, trafficking of low-brow exploitation flicks, dislocation of mainstream distribution brought on by the advent of streaming and Netflix, and the tragic loss of the cinematic archive and the consequent loss of national memory.

In Philippine Cinema, 1897-2020, a common thread runs through all its pages: a fevered cinephilia that equally valorizes the sublime and the ridiculous, from the socially realistic films set in the most miserable slums to the most inspired satires of spy capers and spaghetti westerns, and from the most profound critique to a weltering listmania of nostalgia and trivia.

Its one hundred essays contain 1,200 notes and gossipy asides, plus over 1,315 images, which will equally delight any diehard movie buff or casual cinematic art lover.

The book is a retrospective survey of cinema from its birth in Spanish colonial Manila to the challenging era of the pandemic.

Arranged chronologically in four periodizations, the book’s 100 essays on manifold aspects of cinema, such as its artistic language, conventions, narratives, textual sources, discourses on women, gender, modernity, and national identity as well as its inherent hybridity and undeniably transnational character are written primarily from an audience or fan perspective.

In seeking to elide the division that traditionally separated academic film discourse from the bakya (popular) or the commercial, the book posits a holistic approach to appreciating Philippine cinematic art.

In acknowledging this populist bent, an attempt has been made nevertheless to balance this cinephile-driven art history with postmodern critique and film theory.

The art books under the series aim to elevate Philippine artistic history and culture and bring art into broader public view.